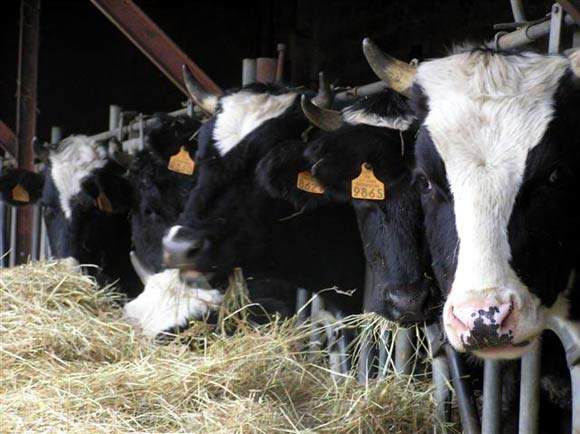 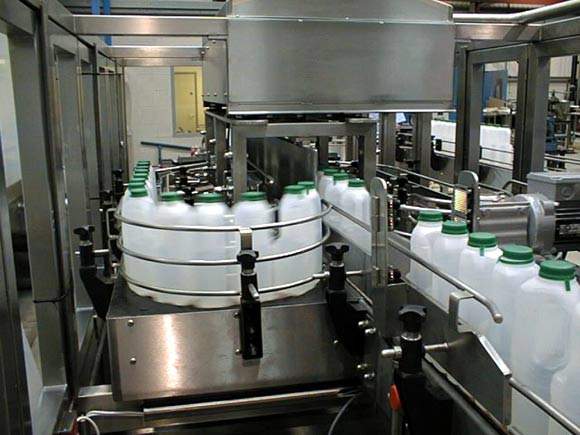 The Isoma bottle turner ensures all bottles are in the correct orientation. 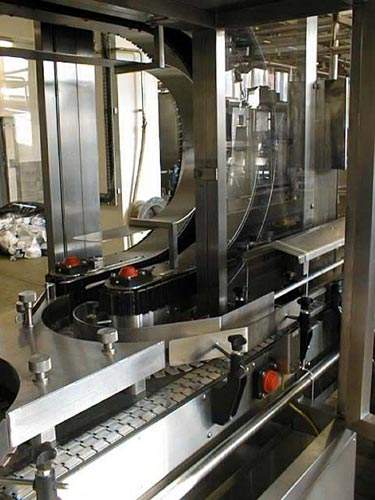 Phase one of the new dairy was completed in October 2005 and at full capacity it is able to process up to 150 million litres of fresh milk per year. 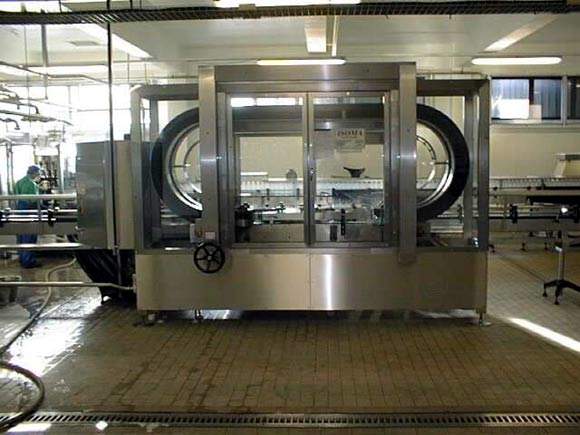 Strict hygiene standards demanded by UK supermarkets require inverting open top bottles and air rinsing them before they are filled with product. 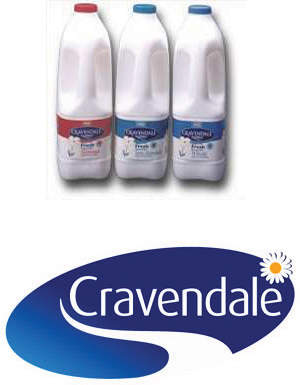 Arla Foods UK continues to increase its hold on the UK liquid milk supply market. In 2004 they became sole supplier for ASDA (agreement signed in May 2004 and contract active from November 2004) and the main supplier for Morrisons (Morrisons also uses Dairy Crest), which was effective from October 2005.

For Arla’s initial processing commitment to ASDA of 200 million litres per year, Scottish milk was sourced from Sorn Milk, a member of Arla Foods Milk Partnership. Arla Foods UK supplies 266 ASDA stores with over 450 million litres of milk per year (a deal worth £180 million per year.

Arla Foods UK has developed a relationship / agreement with Milk Link allowing them to construct the new dairy on the same Lockerbie site where Milk Link has its cheese production facility (The Cheese Company). The agreement allows for the two companies to share facilities and thus save costs on wastewater treatment, etc.

“At full capacity the plant can process up to 150 million litres of fresh milk per year.”

Phase one of the new dairy was completed in October 2005. At full capacity the plant can process up to 150 million litres of fresh milk per year. The plant required an estimated investment of £18m (€25m) for construction and outfitting and employs a workforce of over 100.

Arla will buy the 25% stake from North Milk and sell the business to the local management.

The decision to sell Claymore will help in consolidating Arla’s milk processing operations into the Lockerbie dairy. It will also increase the performance of standard milk operations and provide substantial efficiencies for Arla.

Opening of the dairy

In April 2006 Alistair Darling MP, officially opened the new Arla Foods dairy in Lockerbie. The phase one implementation had been completed with around 90 million litres in production. By the start of 2008 the dairy was up to its full capacity of 150 million litres of milk per year. Alistair Darling commented: “This is a major investment for Dumfries and Galloway, bringing more than 100 jobs to this rural area. During my tour of the Arla Foods dairy I have seen some of the most modern and technologically advanced equipment of its kind in action. Meeting staff engaged in a range of work has given me an insight into the activities of the dairy and the importance of this expansion to the local economy.”

Tim Smith, chief executive of Arla Foods UK plc said: “We have a long-term commitment to Scotland and to growing our business through the Lockerbie dairy. We are indebted to our colleagues for their hard work and dedication in ensuring full-scale operations have been successfully implemented in Lockerbie. We have been very impressed by the quality of staff we have employed from the area. The dairy at Lockerbie, coupled with our existing facility at Nairn, makes us ideally suited to service the whole Scottish market from the two newest dairies in Scotland.”

As a result of the strategic decision to build a new dairy in Lockerbie, combined with investment in Claymore Dairies, Arla had Scotland’s two most modern dairies. Arla Foods UK also has distribution centres in Scotland at Nairn and Coatbridge.

The investment into these new facilities was one of the deciding factors for Morrisons switching from Robert Wiseman Dairies to Arla Foods UK. ASDA’s change of supplier decision was based on its three original suppliers coming up with a new supply chain that would give ASDA a dedicated group of farmers. Arla won the tender. This change in supplier strategy signals a return for ASDA to its dairy roots, with ASDA and Arla once being part of Yorkshire-based Associated Dairies, which was formed in the 1960s.

“The company owns a 75% interest in Claymore Dairies.”

The system also incorporates Isoma de-elevator inverters. Due to the strict hygiene standards demanded by the UK’s supermarkets most production lines have to incorporate a means for inverting open top bottles and air rinsing them before they are filled with product. In addition, the Isoma bottle turner ensures all the newly filled bottles are in the correct orientation.

Plans were announced for the new Lockerbie liquid milk processing facility in August 2004. Excavation for the construction of the new facility started in late March 2005. DLG Architects were the designers for the refurbishment of the existing creamery and the new dairy extension. Barr Ltd of Paisley was awarded the contract for the construction of a creamery extension at the Lockerbie site. TA Kirkpatrick & Co. Ltd was responsible for the steel frame building construction. Keep Keen Controls Ltd was responsible for the installation of the control systems for the storage and production areas of the dairy.

The intensive logging and recording of product conditions was carried out using a Priva TC History database. The energy consumption of the factory is also recorded by a third party Fieldgate System; via Ethernet the Priva PC OPC Client software then enters these values into the database. Star Refrigeration was awarded a contract (£450,000) at the dairy to refurbish and relocate refrigeration and cooling plant and to integrate equipment from other plants as well as provide new equipment where required including 3 x Sabroe SMC 112 ammonia compressors, 1 x BAC CXV ammonia evaporative condenser, 1 x baudelot water chiller and tank cooling water to 0.5°C, 1 x R404a compressor pack incorporating 3 off Bitzer reciprocating machines each rated at 66kW, 1 x R404a air-cooled condenser & HPR and 4 x Chillstore evaporators each rated at 50kW.