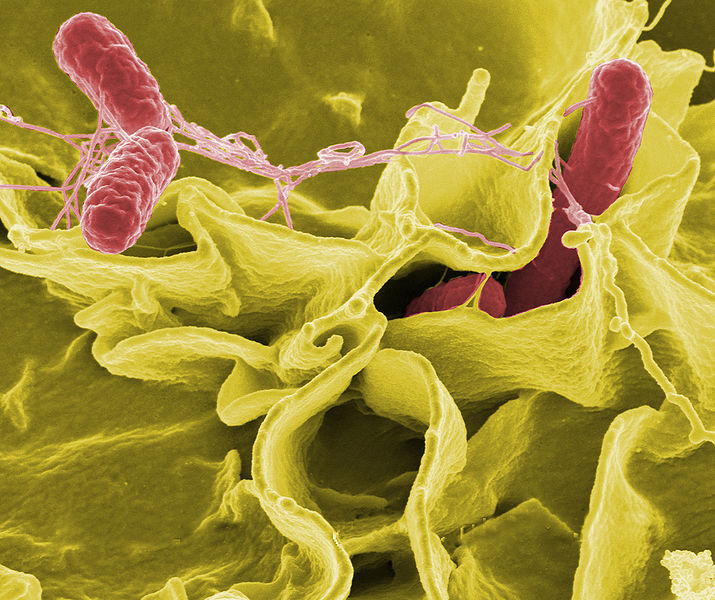 One in every ten people across the world fall sick due to foodborne diseases every year, the World Health Organization stated in its report, titled ‘Global Burden of Foodborne Diseases’.

Diarrhoeal diseases have been considered responsible for over 50% of the world’s burden of foodborne diseases, causing 550 million illnesses and 230,000 deaths every year.

"Until now, estimates of foodborne diseases were vague and imprecise. This concealed the true human costs of contaminated food."

Children are at a high risk of foodborne diarrhoeal diseases. 220 million fall sick and 96,000 die each year.

Although children younger than five represent only 9% of the world’s population, 40% get affected due to foodborne diseases.

Some diseases caused by non-typhoidal salmonella are an increasing public health concern across the world, while other diseases such as typhoid fever, foodborne cholera, and those caused by E coli, are much more common in low-income countries.

Campylobacter has been found to be common agent in high-income countries.

Foodborne diseases most severe in low and middle-income countries. Usually the problem in these regions is preparing food with unsafe water, with poor hygiene and in inadequate conditions for food production and storage, low levels of literacy, and insufficient food safety legislation and its implementation.

WHO director-general Dr Margaret Chan stated: "Until now, estimates of foodborne diseases were vague and imprecise. This concealed the true human costs of contaminated food. This report sets the record straight."

"Knowing which foodborne pathogens are causing the biggest problems in which parts of the world can generate targeted action by the public, governments, and the food industry."

As food safety is a shared responsibility, the findings in the report highlight the global threat posed by foodborne diseases and reinforce the need for governments, the food industry and individuals to do more to make food safe and prevent foodborne diseases, WHO added.