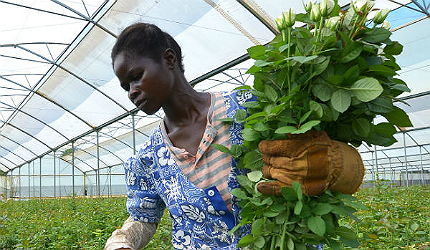 Three years on from the G8 Summit in Italy, where leaders of 43 countries pledged $22bn towards sustainable global food security as part of the L’Aquila Food Security Initiative (AFSI), US President Barack Obama has unveiled a new $3bn (£1.9bn) effort to boost food security and farm productivity in Africa.

The New Alliance for Food Security and Nutrition, a coalition of G8 members, African countries, and private sector companies and associations, aims to lift 50 million people out of hunger and poverty during the next decade through sustained and inclusive agricultural growth.

The coalition is committed to promoting entrepreneurship in developing countries through strategic partnerships with governments in Africa and local organisations to make farmers less reliant on external aid and protect them from price spikes, similar to those witnessed during the 2008 and 2011 world food crises.

Speaking at this year’s G8 Summit at Camp David in May, the UK’s secretary of state for international development Andrew Mitchell said: "Governments cannot tackle this challenge alone. The skills, resources and financial expertise of leading private businesses will help transform African agriculture, giving poor farmers the chance to pull themselves out of poverty, hunger and malnutrition."

The New Alliance for Food Security and Nutrition will build upon the commitments made at L’Aquila in 2009 to reverse decades of neglect of African agriculture by donors and governments, and they hope to do so by taking technological innovations to scale, managing risk and, most importantly, by mobilising capital from the private sector.

Two UK-based businesses are leading the way. Vodafone intends to establish the Connected Farmer Alliance in Tanzania, Mozambique and Kenya to increase the productivity, incomes and resilience of more than 500,000 smallholder farmers. The long-term aim is to strengthen supply chains between the farmers and large agribusinesses, thereby decreasing the cost of doing business and helping smallholders to improve their productivity.

Rabobank will launch a lending facility to provide up to $135m in loans over five years to small and medium-sized companies in West Africa which participate in the agricultural value chain, ranging from production, processing and logistics to services and technology.

One of the African companies pledged to the new alliance is Tanseed, a private seed company in Tanzania. It has committed to training contract growers in certified seed production – leading to an estimated $11m in additional sourcing from local certified seed contract growers – and seed processing using innovative smaller 0.25 to 2kg seed packs to meet the needs of smallholder farmers with low purchasing power.

At the 2009 G8 Summit in L’Aquila, Italy, world leaders promised to "act with the scale and urgency needed to achieve sustainable global food security". Critics claim that, three years later, less than six percent of the $22bn that was pledged in assistance to Africa has actually been distributed, while only four percent of official development assistance goes towards agriculture.

Sceptics also question the wisdom of making Sub-Saharan Africa more, rather than less, reliant on private capital from Western corporations at a time of acute global financial crisis, suggesting that African smallholders will be more vulnerable to food shortages and price fluctuations at a time when supplies are being stretched by rising demand in Asia’s emerging markets.

"Critics point out that less than 6% of the $22 billion that was pledged to Africa has actually been distributed."

Tjada McKenna, deputy coordinator for development for Feed the Future, the US Government’s global hunger and food security initiative, disagrees with the assessment.

"If you look through the G8 accountability report that was released on the eve of the Camp David summit, you’ll see that most countries – including the US – are on track to meet their L’Aquila pledges," she says. "We’re at a point where 58% of funds have been disbursed to achieve impact in the field.

"The L’Aquila Food Security Initiative was about so much more than just money – it was a new way of doing development," continues McKenna.

"Leaders agreed to put their money behind country plans that had been developed and were owned by the developing countries themselves, and to increase investment in research and development to better coordinate efforts and to act both bilaterally and through multilateral institutions.

"We don’t want to just throw money at the issue – we want to invest it wisely, aligned with the priorities of our partner countries."

Initially launched in Ghana, Tanzania and Ethiopia, the New Alliance will expand rapidly to other African countries, including Mozambique, Cote d’Ivoire and Burkina Faso. These countries are participating in the Grow Africa partnership, a joint initiative with the African Union, the World Economic Forum and NEPAD to support the private sector component of the Comprehensive Africa Agriculture Development Program (CAADP).

"The reaction has been overwhelmingly positive," says McKenna. "Three African heads of state from Tanzania, Ghana and Ethiopia attended the G8 Summit at Camp David, as well as the Chicago Council for Global Affairs’ Symposium on 18 May, and have voiced their support for the New Alliance.

"In addition, the current Chairman of the African Union, President Yayi of Benin, also attended the Summit and May 18 event."

In an effort to promote transparency in their dealings with African governments, businesses and aid organisations, more than 60 companies have signed the Private Sector Declaration of Support for African Agricultural Development, which outlines their commitment to support African agriculture and public-private partnerships in a responsible manner.

The New Alliance will also report to the 2013 G8 Summit on the implementation of financial and agricultural initiatives throughout sub-Saharan Africa – including the actions of the private sector – in collaboration with the African Union.

Financing Africa’s future: the role of the GAFSP

"The L’Aquila Food Security Initiative was about so much more than just money – it was a new way of doing development."

As a way to channel funds committed at L’Aquila three years ago, the Global Agriculture and Food Security Program (GAFSP) was set up to provide financing through a competitive process to low-income countries around the world that have technically sound agricultural development strategies in place. GAFSP has already awarded $660 million to 18 countries in Africa, Asia and Latin America for country-led public sector investments.

The G8 has set a goal of securing an additional $1.2bn in funding for GAFSP over three years from existing and new donors, to ensure that its long-term goals in the poorest regions are realised. In the US, which has contributed $326.4 million to GAFSP to date, financial support comes from the US Treasury and the US Agency for International Development (USAID).

"Our overall strategy remains the same," concludes McKenna. "Invest, and encourage others to invest, behind country-led, country-owned plans to increase agricultural productivity and nutrition for those who need it the most."