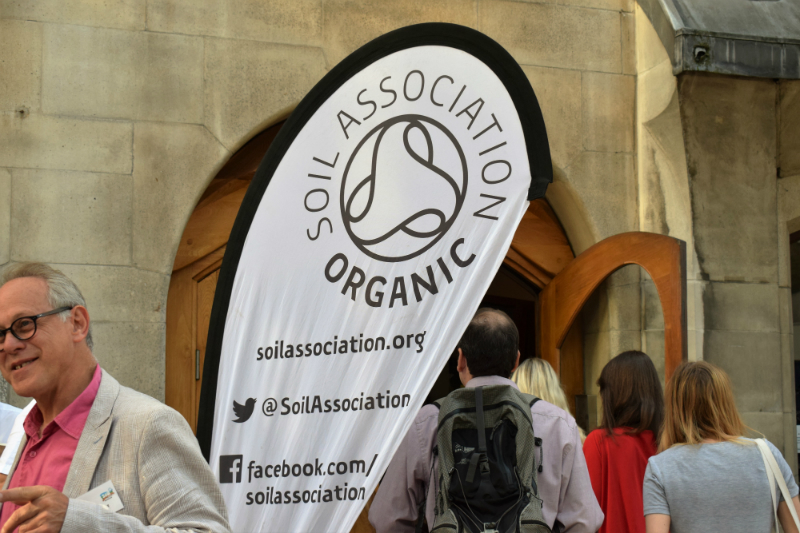 Many within the UK organic foods sector feared economic turmoil in 2017 as a result of the inherent financial uncertainty that accompanied last year’s EU referendum result and the ensuing Brexit negotiations. The Soil Association’s Organic Market 2017 report however, shows that organics needn’t have had any fear, with strong growth in the sector continuing for the fifth consecutive year.

Sales within the organic products market have increased by 7.1%, with the sector now being valued at around £2.09bn, up from 2015’s £1.95bn. Organic product sales have still not fully recuperated from the economic downturn of 2008/9 however, where the market dropped from £2.11bn to £1.84bn in the space of a year, but at the current rate this is set to change, as the Soil Association projects that the sector could reach a value of £2.5bn by 2020.

Growth across the board

The largest rates of growth can be seen within the areas of food service and home delivery, at 19.1% and 10.5% respectively. The organic market within food service is worth £76.6m, and growth has mainly risen from high street chains such as McDonald’s and Nando’s, and visitor attractions such as the Eden Project including more organic foods on their menus. Moreover the move by schools and nurseries towards more organic meals has also had a huge impact.

The convenience of home delivery has also led to significant growth, Ocado, the largest online retailer within the sector with a 9% share of the UK grocery market as a whole; saw its sales increase by 16% in 2016 for example.

Still, despite impressive growth rates in home delivery and food service, both are dwarfed by sales within supermarkets. Even though the supermarket subsector reported the slowest growth within the organic products sector in 2016, at 6.1%, the lion’s share of sales still take place within supermarkets. This area of the sector is worth £1.428bn, with 75% of all sales spread between just three retailers, namely Sainsbury’s, Tesco and Waitrose. Of the big three, Sainsbury’s was the most impactful, responsible for 27% of market sales, but the Soil Association expects to see more retailers picking up the trend, as the perceived ‘discount’ supermarkets are reported to have begun stocking more organic products to attract higher footfall from more informed shoppers.

Why the move to organic?

While organics grow, the non-organic market within the UK continues to fall; dropping 0.6% in 2016, but what factors are influencing the nation’s buying habits?

Consumers continue to see organic foods and goods as a healthy alternative to processed equivalents. Successful marketing campaigns have led to growth within the sector, and the influence of bloggers and celebrities taking up organic and free-from diets has resulted in massive growth projected to continue through 2017 as a greater variety of products enter into the sector.

The Soil Association also report an increasing level of mistrust among consumers, who are becoming more inquisitive about where it is their food comes from, especially since 2016’s ‘fake farms’ scandal, where supermarkets were accused of misleading consumers about the origin of their produce. Press coverage and social media campaigns such as #namethefarm fuel distrust among consumers, who see food labelled as organic as a reassurance of quality.

The Soil Association celebrates its 70th anniversary this year, highlighting the strength of the organic sector within the UK, and while we are still unlikely to see organic goods overtake non-organics in a global market worth $81bn, it’s certain that organic goods is big business.