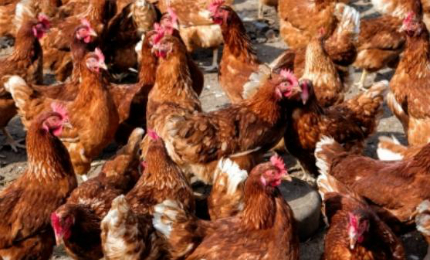 US-based producer of chicken, beef, pork and prepared foods, Tyson Foods, announced that it will stop the use of human antibiotics on its US broiler chicken flocks by the end of September 2017.

The move came in the wake of a call by the livestock and food industries to minimise the use of antibiotics crucial to human health in the production of meat.

The company will also get together with farmers and others in the company’s beef, pork and turkey supply chains to form groups that will explore ways of reducing the use of human antibiotics on cattle, hog and turkey farms.

WFP will be sending its food trucks to Gorkha, the area said to be the worst affected.

Nearly 1.4 million people will be provided with food, amounting to $116.5m under the programme for the next three months.

Following a string of food safety scandals that have rocked the nation in recent years, China implemented stringent food safety regulations, that will levy heavy penalties on offenders.

The country’s top legislative body voted in favour of the amendments to the food safety law, that will impose tougher punishments on violations, and tighter regulations of infant milk formula and online shopping, reported China’s official news agency, Xinhua.

The new law will comprise 154 articles, compared to the 104 included in the previous law.

State of emergency declared in Minnesota over bird flu 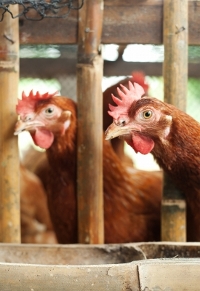 The contagious strain of avian flu forced Minnesota to declare a state of emergency, following in the footsteps of Wisconsin.

The recent bird flu outbreak lead to the culling of as many as 7.3 million birds across the country.

Around 46 farms located in 16 counties across Minnesota have been reported to be infected by the highly contagious H5N2 strain of bird flu, that has affected more than 2.6 million birds in the state, reported Reuters.

Under the emergency, the Division of Homeland Security and Emergency Management (HSEM) will activate the Minnesota Emergency Operations Plan to support the Minnesota Board of Animal Health and the Minnesota Department of Agriculture’s efforts to contain the flu and to coordinate response efforts across all agencies of state government.

While no humans have been reportedly infected, state health officials have said they were in the process of expediting prescriptions for the antiviral drug Tamiflu for farm workers and others who have been in direct contact with infected flocks.

In a major step towards speeding up biotech trade, seventeen new genetically modified (GM) food products might soon be authorised for import to Europe, before the end of May.

According to the Guardian, sources have claimed that an announcement regarding the authorisation could be expected during the EU commissioners’ meeting to review the adoption of new rules for the approval of GM imports next week.

The 17 products include animal feed, as well as food for human consumption.

The US Department of Agriculture (USDA) has announced that it will expand the access of US beef and pork producers to consumers in Mexico and Peru.

The agreement announced by agriculture secretary Tom Vilsack will help producers to export slaughter cattle to Mexico and expand access to consumer markets in Peru for US fresh and chilled pork.

The agreement between the US and Mexico will come into effect immediately, allowing US producers to export slaughter cattle to Mexico for the first time in more than a decade.

The Canadian Government announced a $30.7m investment for setting up a Food Safety Information Network (FSIN) that will help the country strengthen its food safety.

The Canadian Minister of Transport Lisa Raitt made the announcement about the investment on World Health Day, on behalf of the Minister of Health Rona Ambrose.

The network is aimed at connecting federal and provincial food safety laboratories and regulators across the country to identify, mobilise and co-ordinate laboratory surge capacity and capabilities during complex food safety incidents and emergencies, and also to allow for near-real time sharing. 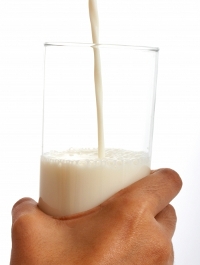 The European Union (EU) scrapped the milk quota that was introduced in 1984 to curb surplus milk production in EU nations.

The decision was reached to make dairy businesses compete with international businesses in supplying fast-growing markets in Asia and Africa.

The EU regime comprised of produces paying a levy when exceeding their quota. However, this was applicable only if the national quota was exceeded too. The system of quotas, and the levy threat, helped to cap the expansion of EU production.

The organisation said that over the years, reforms of its Common Agriculture Policy had increased the market-orientation of the sector, and provided help to producers in vulnerable areas, where cost of production would be higher.

The BBC reported that the scrapping of the quota might result in the Irish Republic, the Netherlands and Germany increasing their production sharply. UK farmers said the move could result in a further slump in the price they get for their milk.