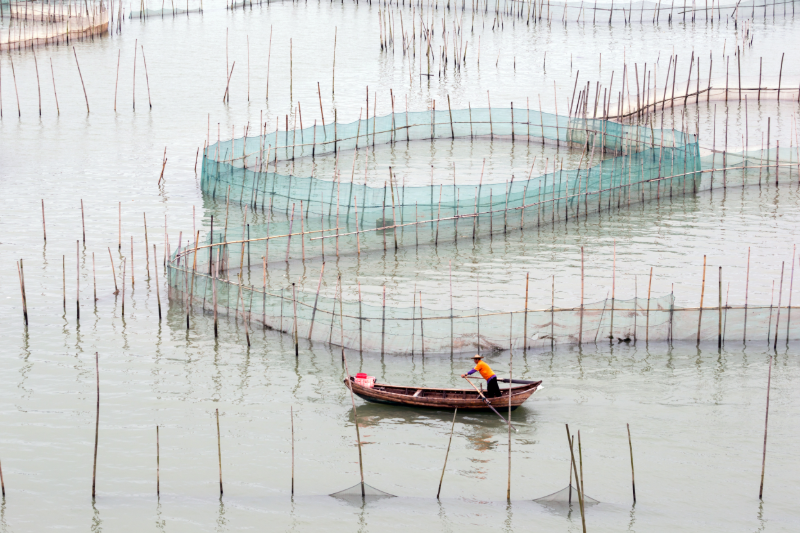 Covid-19 will hit the global aquaculture industry hard; China is the industry’s biggest player, but its own firms have been weakened by sweeping reforms.

Aquaculture will be the worst-hit food source after Covid-19

All food source industries are experiencing drops in demand, due primarily to lockdowns in the hospitality sector. Transferred demand from supermarkets has partially compensated some.

Compensation has not been so fruitful for China’s aquaculture industry, due to its reliance on fresh fish sales. The pandemic has worsened a long-standing mistrust of fresh animal products among Chinese consumers.

That mistrust has built up over a series of food safety scares in the country, like the ‘melamine in milk’ scandal in 2008 and Shanghai Husi Food’s expired meat debacle in 2014.

The rumoured origin of Covid-19 in a live animal market in Wuhan has worsened sentiments, and frozen fish sales were reported to be on the rise in February 2020.

Reforms and corruption have weakened the industry’s resilience

The industry’s real problem, however, is its low-growth trajectory of sweeping reform, instigated by Beijing’s Five-Year plan for 2016–2020.

The goals of the Plan’s aquaculture reforms were primarily to improve safety and traceability and to tackle pollution from chemical treatment of ponds, effluent build-up and over-use of antibiotics.

The industry has mainly been built on a loosely-connected network of independent inland fisheries, which have fueled the problems the Plan seeks to solve.

The Plan has involved massive upheaval, with countless small aquaculture farms being literally bulldozed, and reportedly little in the way of alternative employment for farmers.

Disruption for large aquaculture firms already mired in debt has also been severe, with many scrambling to diversify.

Dahu Aquaculture was one of four major players investigated for unusual financial activity in 2019, on top of the Plan’s regulatory crackdowns. Its profits for the year fell by -824%.

In 2018, the UN’s Food and Agriculture Organization (FAO) expected to slow but persistent growth in global aquaculture, with China playing an increasingly important role in the world’s food supply.

The FAO accounted for the Plan but did not account for the pandemic, China’s vulnerability to food scares, or financial scandal at some of the world’s biggest aquaculture firms.

It also forecasts a decade of higher prices for aquaculture products that would cushion the impact from a reforming, low-growth Chinese industry. However, Covid-19’s economic consequences have made inflation unlikely.

Caught midway between dismantling and rebuilding, China will be unable to slow its reforms. Covid-19 has renewed the mistrust associated with traditional, unsafe aquaculture, and the industry’s upheaval will push ahead.