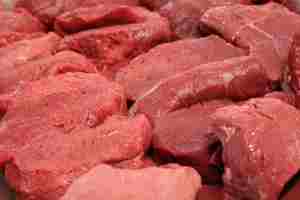 Australia-based retailer Woolworths is set to establish a new meat processing facility in Victoria, which will be operated by Woolworths Meat, the company’s 50:50 joint venture (JV) with UK-based meat packer Hilton Food.

According to Hilton Food, the development is subject to regulatory approvals and finalisation of construction and tenure agreements.

The new facility, which is scheduled to go onstream in 2015 with full capacity expected to be reached in 2017, will supply products to 214 Woolworths stores in the state of Victoria.

Woolworths Meat already operates a production site in Bunbury near Perth, Western Australia, which supplies more than 80 Woolworths outlets with a range of fresh meat including beef, lamb, pork and value-added products.

Together, the two facilities will supply meat products to about one-third of Woolworths stores.

The latest deal could pave the way for further expansions in the JV agreement.

"Together, the two facilities will supply meat products to about one-third of Woolworths stores."

In January, Hilton Food and Woolworths entered into an agreement to establish the Woolworths Meat JV, which was aimed at supplying meat to Woolworths stores in Western Australia.

The investment in the JV is part of Hilton’s strategy to expand its presence into new markets to boost growth.

Established in 1994 and based in Huntingdon, UK, Hilton Food is engaged in the packing of meat products such as roasting joints, steaks, chops and minces for international food retailers.

The company primarily operates in the UK and Ireland, the Netherlands, Sweden, Denmark and central European markets.

Image: The new facility in Victoria is scheduled to commence production in 2015. Photo in the public domain.