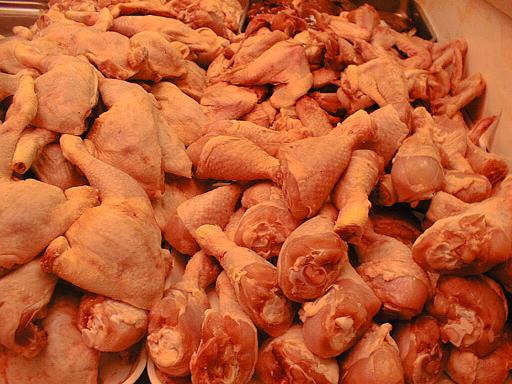 The US Department of Agriculture’s Food Safety and Inspection Service (FSIS) has announced that the recall of chicken products imported from Chile has been expanded, with the amount being held at the border increasing from 126,000lbs to 155,595lbs.

The Chilean Ministry of Health initiated a recall of chicken products in July over concerns that they may be adulterated with dioxin.

Dioxins are a group of compounds that form naturally during forest fires, as well as from industrial emissions and burning trash.

These compounds are incorporated into plants and are potentially consumed by animals, where they become concentrated in animal fat.

While consumers are exposed to low levels of dioxins through their diet with lesser exposure from air and soil, high doses for a prolonged period could result in adverse health effects.

Following the official notification from the Chilean government about the positive result for dioxin, FSIS instructed importers to hold product, which was presented for re-inspection.

The agency stated that 343,637lbs of chicken may be affected and 155,595lbs is currently being held, while 188,042lbs was distributed to a distributor and retailers in Florida, Georgia, New York, Pennsylvania and Puerto Rico, as well as to federal establishments for further processing.

FSIS is currently ensuring that the companies that have received the affected product from the Chile-initiated recall have been notified and that all adulterated product is destroyed.

The agency conducted an analysis of the Chilean test results and determined that consumption of the product poses no risk to consumers.

Based on the information provided by the Chilean Ministry of Agriculture, FSIS believes that the recent shipments of poultry from Chile contain dioxin and are not suitable for consumption as they have been recalled.

FSIS noted that all the products produced at San Vicente establishment (Chilean establishment 0608) between 30 May 2013 and 12 June 2013 are considered adulterated and should be destroyed.

The agency has issued this public notification to make the public aware of the situation; however, it is not initiating a recall because the establishment associated with producing the implicated product has recalled the product.

Image: Following the official notification from the Chilean government about the positive result for dioxin, FSIS instructed importers to hold product, which was presented for re-inspection. Photo courtesy of Holger Dieterich.