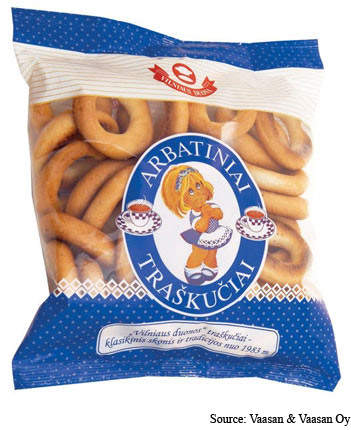 The bakery is to standardise its product range across the Baltic Market. 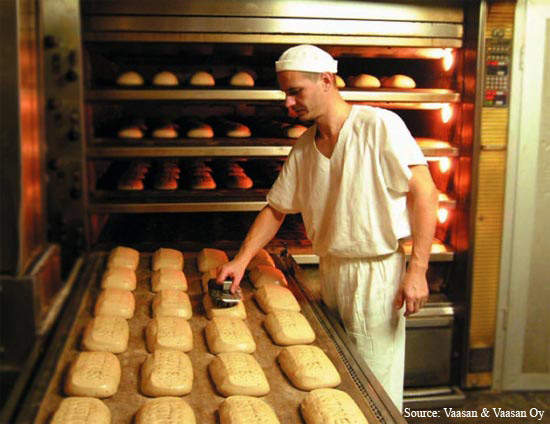 The bakery uses modern equipment for dough preparation, processing and baking, all of which will be integrated into the new facility. 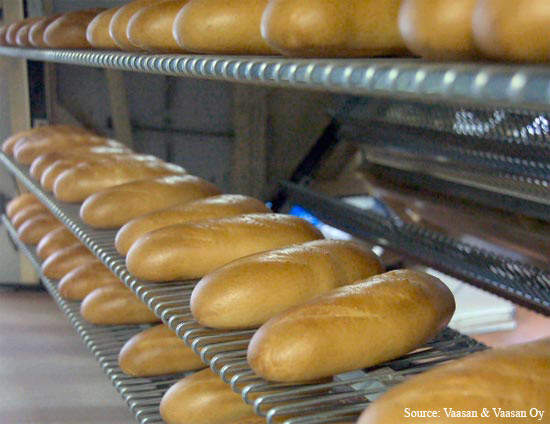 Bread cooling prior to packaging; several new production lines are likely in the future. 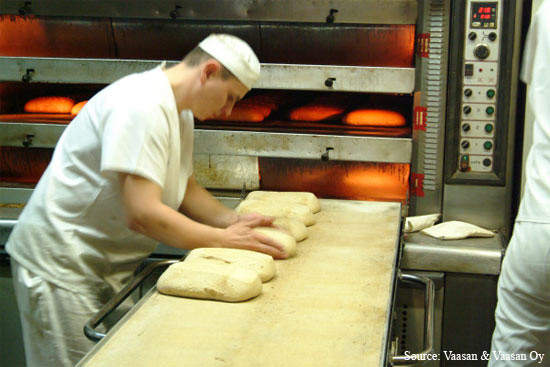 Bread preparation is still labour intensive but the new bakery premises will use more labour-saving equipment.

UAB Vilniaus Duona is the largest bakery in the Baltic States, supplying bread and bakery products across Lithuania for distribution through supermarkets and smaller retail outlets.

The bakery business, which is 127 years old , is part of a larger group of bakery businesses that belong to Finland’s Vaasan and Vaasan Group. Other companies in the group include Vaasan & Vaasan Oy (the parent company, which is the largest producer of rye bread in the world), AS Leibur in Estonia, A/S Hanzas Maiznicas in Latvia, UAB Vilniaus Duona in Lithuania and Nordic Bake Off AB in Sweden.

The company realised that it had outgrown its current premises in Vilnius in early 2007 and as expansion was required (particularly of the production and warehousing areas) plans were made to build a new bakery in the industrial area of Vilnius City near the Aukštieji Paneriai zone.

The company produces sourdough bread, rye bread, wheat bread, sweet bread in a whole range of formats, including sliced and as rolls and buns, and also a variety of wafers, biscuits, cakes and rusks.

The company’s aim was to provide an integrated product line right across the Baltic countries and consolidate its market leader status. The company also wanted to expand the product range into value-added products for its customers.

“UAB Vilniaus Duona is the largest bakery in the Baltic States.”

Matti Lappalainen, CEO and managing director of the Vaasan & Vaasan Group, said at the ground breaking ceremony: "Vilniaus Duona's new bakery will be built based on the needs of our customers. The new bakery will be flexible in operations and it will provide top quality products. The requirements set by the retail customers and consumers will drive the bakery business to increase the freshness and quality of the products.

"With the future in mind, the Baltic retail trade will be offered a more unified product assortment across all the countries. The new bakery will make it possible to produce value-added products to all Baltic markets and to increase efficiency and profitability."

Construction of the new bakery began in June 2007 in conjunction with a partner, UAG Megarenta (a subsidiary of UAB MG Valda), a real estate and development company in Vilnius. It was completed in October 2008. Production of the old facility was transferred to the new bakery.

“The construction of the new bread factory was part of the restructuring process of Vilniaus Duona.”

The premises consists of a n state-of-the-art bakery with a central cleaning and dust extraction facility. There is also a shipping and logistics centre for distribution of the bakery’s wide range of products across the country.

The bakery also has provision for the installation of several production lines.

The equipment installed at the new bakery uses equipment from the old bakery, including dough preparation machines from Diosna and Kemper; dough processing equipment from Benier and W&P and baking ovens from Miwe and W&P.

The company also has a fully equipped quality control laboratory on site to ensure the quality of products coming from the production line and the quality of raw materials such as flour.

Rita Ramanauskienė, general director of UAB Vilniaus Duona, said about the company's plans for the future: "The construction of the new bread factory is part of the restructuring process of Vilniaus Duona. Our strategy is to focus on extremely efficient industrial bread business, which will enable us to offer traditional and innovative branded products to all our Baltic customers… in the longer run the company will concentrate all
operations in two locations in Lithuania, in Vilnius and in Panevėžys."