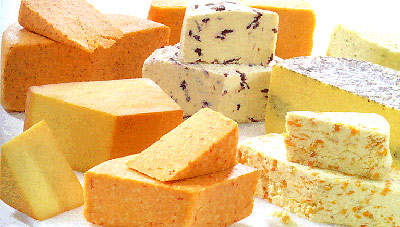 Them Co-operative Dairy's new cheese production facility is capable of manufacturing over 14t of cheese per day for the local and export markets. 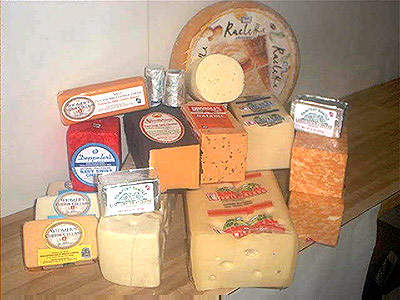 The original cheese plant suffered from a lack of space, old technology and the need for manual lifting of heavy loads during cheese production. 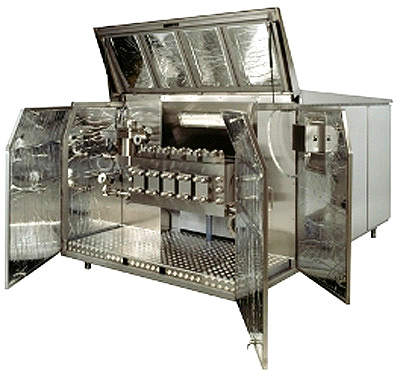 Homogenisation unit. Milk homogenisation gives the cheeses such as blue mould and feta a paler appearance and makes the fat more susceptible to fat cleavage by means of lipase enzymes. 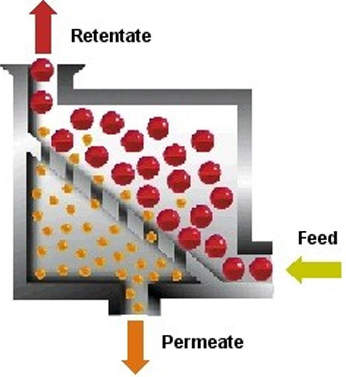 Milk at the plant is treated by separators using APV microfiltration (MF) to remove spores and other unwanted microparticulates.

The Them Co-operative Dairy (founded by Them Andelsmejeri in 1888) cheese production facility started production on 1 October 2004 in Silkeborg, Denmark. The cooperative has about 40 members and is one of the few remaining independent dairies.

The 1,000m² facility is capable of manufacturing over 14t of cheese a day (90t a week on average) for the local and export markets (10,000–11,000 cheeses of about 8kg a week). The plant also manufactures a local Danish speciality cheese known as Fætter Kras. The vast majority of the plant production is for the Danish domestic market.

The original cheese plant suffered from a lack of space, old technology and the need for manual lifting of heavy loads during cheese production; also, it could not be feasibly expanded because of a lack of available space in the building. The new plant was designed with an eye to the future so that expansion will be an easier process next time.

“The 1,000m² facility is capable of manufacturing over 14t of cheese a day for the local and export markets.”

According to the dairy manager Svend Anderson: “The main problem was a bottleneck when the cheese was brined. This was caused by the relative low capacity of the existing production equipment. In addition, the heavy lifting involved with moving the cheese from one rack to another during surface treatment required automation but new lifting equipment could not fit into the existing space.” The decision was therefore taken to build a new facility.

This state-of-the-art plant was designed to significantly reduce waste in energy and water resources as wastewater treatment is now a major cost in industrial plants. One of the first ways the plant saves on water is by reducing the effluent discharge from the cooling of produced cheeses (the cooling water for the cheese can be reused).

The new technology allows a 10% to 15% saving on the plant’s annual water treatment costs, which are currently estimated at Kr700,000. The plant was constructed and outfitted for an estimated cost of Kr100m. Investment into analysis, quality control and environmental protection have continued at the plant since it first opened in 2004 and its quality and hygiene standards are second to none.

Them Co-operative contractor and outfitting

The contract to outfit the facility with the new production technology was awarded to APV. The company has a very strong reputation in the European hard cheese market and has a great deal of experience in cheese production technology, equipment and the processes involved.

The cheese production facility is fully based on APV technology and equipment developed at the APV Silkeborg Innovation Centre in Denmark near the new facility.

The manufacture of speciality pressed cheese at the plant involves the following main process stages:

In the new plant, the process begins with milk treatment. This takes the form of a number of processes including pasteurisation to eliminate all non-sporogenous pathogenic and coliformic bacteria (the cheese milk is heated at 71°C to 72°C for 15 seconds). The milk is then treated by separators using APV microfiltration (MF), to remove spores and other unwanted microparticulates, before being fat standardised to achieve a specific ratio between fat and total solids content. The APV Compomaster system used in the plant is designed for automatic in-line fat standardisation. Protein standardisation of the cheese milk is then carried out using ultrafiltration (UF) to achieve a uniform protein content.

Some cheeses produced at the plant, such as blue mould and feta, also require the additional milk process of homogenisation. For these cheeses, milk homogenisation gives the final cheese a paler appearance and makes the fat more susceptible to fat cleavage by means of lipase enzymes, which contributes to their characteristic flavour.

Starter cultures are central to cheese production as they give the product its individual characteristics. The amount of starter culture is approximately 0.5% to 2.0% of the milk volume, depending on the type of cheese being produced. At this stage the cheese milk can also be acidified to influence its flavour, maturation and texture.

The enzyme rennet is then added to the milk (25g to 40g rennet per 100l cheese milk) to form the curd. The next process is syneresis (release of whey from the curd). The majority of the whey is removed and the remaining soft curds are passed to an APV OPD PrePress system. Curd is distributed using an automatic distributor, before being pre-pressed into a cheese “cake” and the remaining whey drained off. The cheese cake is then cut into blocks, which are conveyed to the APV SaniPress system for final pressing in cheese moulds before being transferred for cooling, brining and ripening.

For feta production, the plant also makes use of the new APV Contifiller. This is an automatic draining and moulding machine that was designed for small cheese production (semi-hard and semi-soft). The Contifiller for semi-hard cheese has a vibration strainer for draining the whey off the curd prior to moulding and setting of the individual cheese. Production can be greatly enhanced by the use of this equipment.

The SaniPress System was designed around the concept of pressing the cheese in a closed pressing tunnel by means of cylinders. The cheese moulds travel via an out-feed conveyor to the mould emptier, from where the blocks are conveyed to the cheese weigher. Empty cheese moulds are washed with an APV pressure cleaning system.

“The plant has many cheese recipes since these tend to change according to the season and the type of milk being used.”

A second special automatic lifting system is used for the final ripening and storage of the cheese. In addition, APV supplied mixing and treatment plant for the brine solution, a pasteuriser and a complete clean in place (CIP) plant.

Control of the plant is carried out using an InTouch system. The recipe handling system is one of the main features since it allows the countless cheese making recipes at the plant to be stored and set in motion in a short space of time. The plant has many cheese recipes since these tend to change according to the season and the type of milk being used. The InTouch system is sufficiently flexible to allow the new plant to expand when capacity needs to be increased in the future.

The company produces various hard and semi-hard cheeses, which are matured for periods from six weeks right up to 40 weeks to imbibe different flavours and characteristics. Flavours such as caraway are also incorporated into the cheese for certain varieties. Varieties include Slanke Mari, Them Guld, Fætter Kras, Them Mild, Onkel Kras, En Gammel Svend, Rene and Milde family cheeses.