Arrogant Bastard Ale and more than 32 other varieties 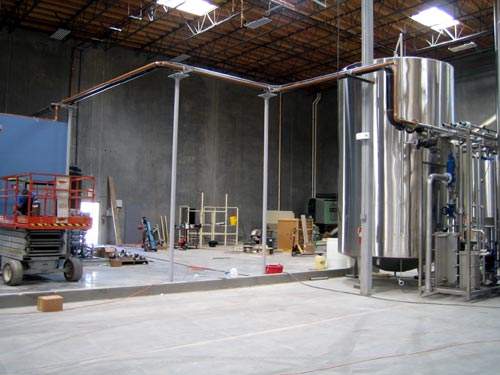 The brewery is designed to be run from a single computer control room and also via portable touch screen interfaces. 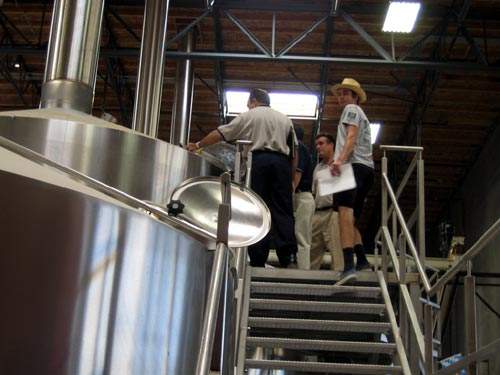 Stone Brewing Co. has grown from a micro-scale brewery run out of a garage to one housed in a &#36;12m specialist brewery. 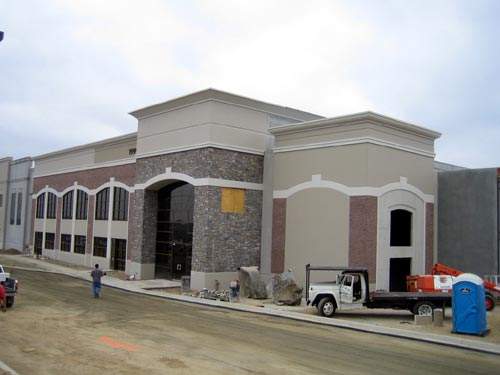 As well as the new brewery, the facility includes a visitor's centre, retail outlet and restaurant. 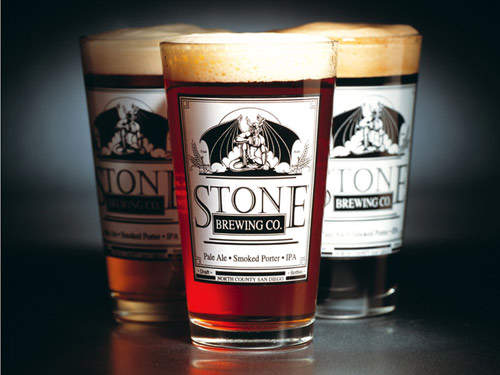 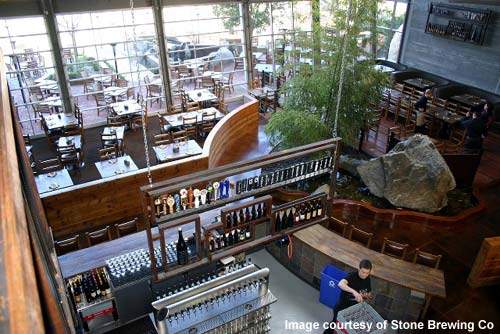 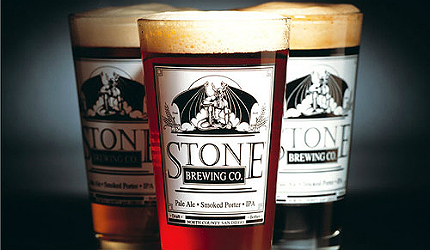 The Stone Brewing Company has grown from a micro-scale brewery run out of a California garage to one housed in a $12m, purpose-built, 58,000 square feet specialist brewery in the Escondido Research and Technology Center (ERTC).

Founded in 1996, the company is now the largest independent speciality beer wholesaler in Southern California. It was ranked as the 11th largest craft brewery in the US in 2011.

The Escondido brewery has the capacity to produce 250,000 barrels each year. As well as the new brewery, the facility includes a visitor’s centre with tasting facilities, retail outlet (supplying take-home Growler jugs and gifts / branded merchandise) and a 300-seat 9,500 square feet restaurant. The designer of the restaurant was David Robinson Design.

"In May 2011, Stone Brewing announced more than $20m in investment for future expansions. These projects are expected to be completed by 2013."

The Escondido Research and Technology Center (ERTC) is the host for the new building and its developer was JRMC Real Estate, who provided assistance in the project.

The architect for the project was McArdle Associates Architects and the construction contractor was Hamann Construction. ROLEC Prozess-und Brautechnik of Germany manufactured and installed the brewery equipment. The company delivered the brewing vessels in July 2005 and had a team on-site installing and building the brewing equipment.

The control systems and sensors for the plant were supplied and installed by Coastal Electric of Vista, California. The final sensors were installed by 1 October 2005. The brewery is designed to be run from a single computer control room and also via portable touch screen interfaces when the brewer has to be mobile around the brewing area.

The wastewater systems were completed in early October 2005 and the brewery was then deemed ready for testing. Test brews, including ‘dry run’ water brews to test the integrity of the systems, were run in the first half of October 2005. The company transferred its operations to the new site, including its on-site bottling line during December 2005.

Features of the specialist brewery facility

Although the building is of fairly standard construction (constructed from pre-stressed reinforced concrete wall panels) it has some architectural features introduced by the CEO, Steve Koch.

One is a 14ft-high wall which was built as a charity fund raising event which donated money to the Palomar Family YMCA, the Boys & Girls Club of San Marcos, the Escondido Sunrise Rotary and the California State University San Marcos Foundation. The wall was built with stones ‘purchased’ from Stone Brewing for anywhere from $125 to $1,000.

In 2007, the Stone Brewing planned to expand the brewery by constructing an additional building. The estimated cost for the construction of building was $6.2m. The building opened in February 2010.

"Stone Brewing is also trying to become the first US company to open an independent brewery in Europe."

In May 2011, Stone Brewing announced more than $20m in investment for future expansions. These projects are expected to be completed by 2013.

The new investments include construction of a new production unit at the existing brewery. The new unit will have a capacity of 500,000 barrels a year. The expansion plans also include construction of a 400-seat restaurant and a small brewery in Point Loma, and development of an 18.7-acre organic farm in North County to secure organic supply for existing and upcoming restaurants. Opening of a new shop in San Diego’s South Park is also part of the expansion plans.

Stone Brewing is also trying to become the first US company to open an independent brewery in Europe.