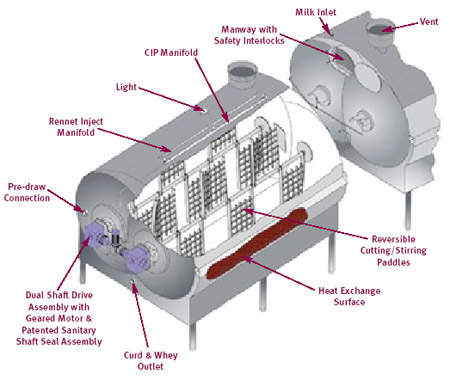 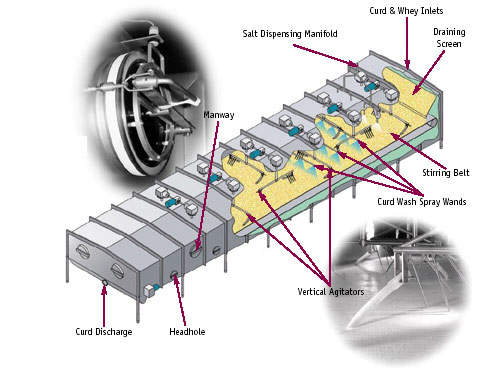 Schematic of the cheese making process. 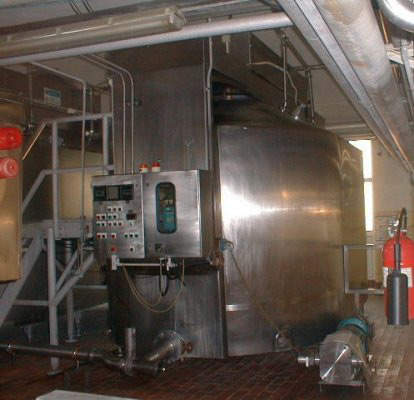 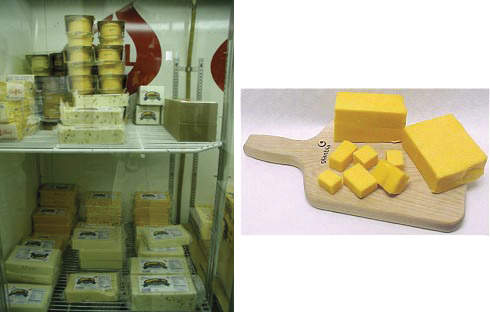 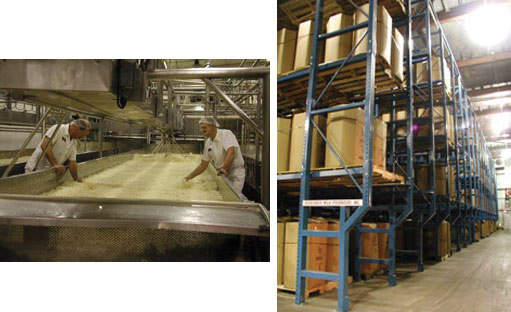 Schematic of a block forming tower. 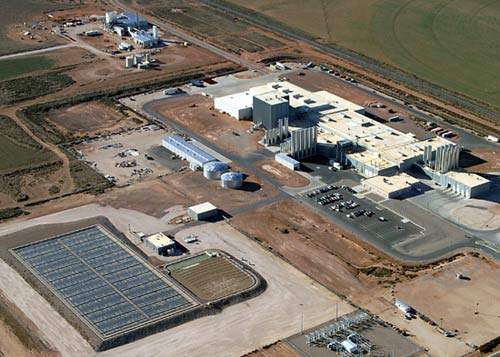 In August 2003, Glanbia Foods announced its intention to build a new cheese production facility on a site five miles south of Clovis, New Mexico, US. The 340,000ft² (27,500m²) facility was constructed on a 54-acre section of a 3,000-acre campus and required an investment of over $192m.

The facility was set up as a joint venture between Glanbia Foods, Select Milk Producers (SMP), Dairy Farmers of America (DFA) and some dairy cooperative members of the Greater Southwest Agency (GSA) including Lone Star and Zia. The company operating the facility is The Southwest Cheese Company (SWC).

The plant ownership is split 50/50 between Glanbia Foods and the two large milk cooperatives SMP and DFA, along with some members of the GSA. Glanbia, taking advantage of its long experience, is responsible for running the plant production, warehousing and distribution, while SMP and DFA are responsible for guaranteeing the milk requirements of the plant. Projected sales for 2006–2007 were $340m.

The facility is widely thought to be North America’s largest cheddar cheese production plant and employs nearly 300 workers. The recruitment process was underway while construction was still taking place and the final employees were taken on in July and August of 2005.

Construction started in January 2004 and the plant was commissioned in September 2005, and opened on 15 October 2005, with a ramp up of production in October 2006 (full production capacity was then achieved by August 2007). The plant is expected to generate annual revenues of $45m for the local area and stimulate a further $239m in local economic activity over ten years.

The Clovis site in New Mexico was chosen for its proximity to a large, well-developed dairy producing region. The six other site candidates were all based in Texas and it was determined that their milk supply was not sufficient for a plant of this size and the transport costs for extra milk to make up the shortfall would be too great.

All of the milk for the Clovis plant comes from within a 30-mile radius of the plant and over 75% from within a 15-mile radius. The milk is delivered by more than 140 articulated trucks running 24 hours per day. Clovis Industrial Development Corporation has spent $16m on wastewater facilities and road improvements. The road improvements were completed in August 2005.

The New Mexico Department of Economic Development and the local development boards also helped in setting up the SWC plant. SWC ensures a skilled workforce supply by working with local educational institutions.

In April 2009, a $90 expansion of the Clovis production facility was announced by Southwest Cheese. The expansion commenced later in 2009 and was completed in the first half of 2010. It provided 50 additional jobs and increased the cheese and whey plant capacity by 40%. The size of the plant was also expanded to 400,000ft².

SouthWest awarded design / build contracts to Skanska (Parsippany, New Jersey) and Dahlgren Industrial Inc. (Seattle, Washington). Skanska was the majority partner on this project (with a construction value of $85m). Skanska’s share in the project was 62.5%.

Bonelli & Associates (Oakland, California) was the architect and Power Engineers Inc. was the mechanical design engineer.

“The plant is expected to generate annual revenues of $45m for the local area.”

A $70m contract was awarded to Carlisle Process Systems (CPS) for the engineering, equipment supply, installation and automation of the entire process plant from the milk intake to the packaged cheese and whey powder stores. CPS supplied systems and equipment from its Scherping, Damrow Downstream, Wincanton, Zimmer, Stork Friesland and Walker brands as well as other equipment from sub-suppliers. CPS and SWC maintenance and engineering staff undertook the commissioning process prior to the opening on 15 October 2005.

Approximately 290,000ft² of the facility is dedicated to milk processing on the ground floor as well as 35,000ft² on a suspended floor. 15,000ft² is dedicated to six ancillary buildings including process utility buildings (this includes primary and secondary facilities to process over one million gallons of wastewater per day), a guardhouse and truck weigh stations.

The facility has 37 exterior stainless steel storage silos for the storage of milk and whey, a 500,000-gallon fire water storage tank, over 50 individual pieces of processing equipment, 1,800ft of railroad siding track, 48,000yd of paving, 7,500ft of fencing, 17,000ft of sidewalks and 50,000ft² of irrigated landscaping.

The plant produces blocks of cheddar cheese weighing up to 640lb using 10.5Mlb of milk per day. Glanbia Foods’ other operations make only 40lb blocks and 500lb (225kg) barrels. Many customers have requested the 640lb blocks as they lower waste and make it easier to create exact-weight packages for supermarket customers. In addition, most cheese-shredding companies have installed equipment which uses 640lb blocks.

The expansion has increased the processing capacity of the facility from 7Mlb to over 10.5Mlb of milk a day. It produces 70,000lb of value-added whey protein powder and 1.1Mlb of cheese a day. The plant produces American Cheddar, Colby, Colby-Jack and Pepper Jack cheeses.

As a batch production process, 60,000lb of milk is condensed to fit into a 45,000lb vat. The milk is heated for pasteurisation and then cooled and rennet (enzyme) is added, causing coagulation. Cheese production is a delicate microbiological process, so bacteria are monitored and may be added to enhance the chemical reaction that produces cheese.

The plant contains 15 cheese vats each with 74,000 pounds of capacity, 14 block towers each with a capacity of 3,600 pounds per hour and three cheese coolers for storage with a racked capacity of 14 days of production.

“The wastewater system has proven capabilities as shown in treatment efficiency, exceeding a 90% reduction in waste loads.”

The curds form softly at first, and then get firmer. They are then strained off and the liquid whey is separated and collected. To stop any further reaction, salt is added to the cheese at the optimum time, which deactivates the bacteria culture.

The cheese curds are then poured into a 500lb barrel or a 640lb block and pressed to cure and mature for up to a week. The cheese block can then be warehoused for further maturation for up to six weeks depending on the flavour required.

Clovis Industrial Development Corporation invested $10m in a new wastewater treatment plant for the SWC facility (SWC itself spent $25m on waste water treatment as well). The system has proven capabilities as shown in treatment efficiency, exceeding a 90% reduction in waste loads.

The system first treats the water with an anaerobic unit to reduce the heavy organic loads and nutrients such as nitrogen and phosphorous. It is then polished as it passes through a series of sand filters. Water discharged from the facility is cleaner than expected by the legislative requirements. Lactose recovered from the waste is sent to be used in the blending of animal feed in local production facilities.

The wastewater treatment system also generates methane gas which can be reused to fuel one or more of the boilers, thereby reducing the need and demand placed on purchasing natural gas.