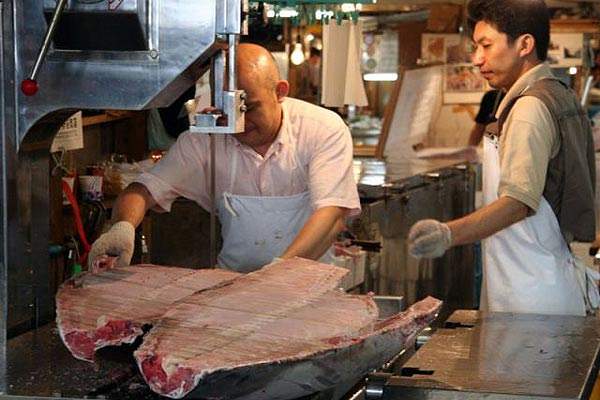 The Solomon Islands have come through some difficult times and the tuna industry revival is crucial. 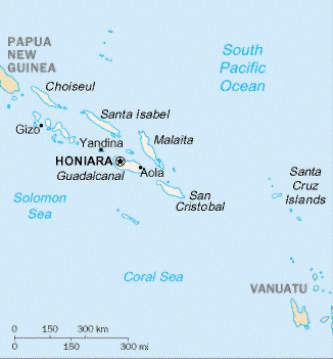 The islands along with their Pacific neighbours are now engaging in some fisheries control. 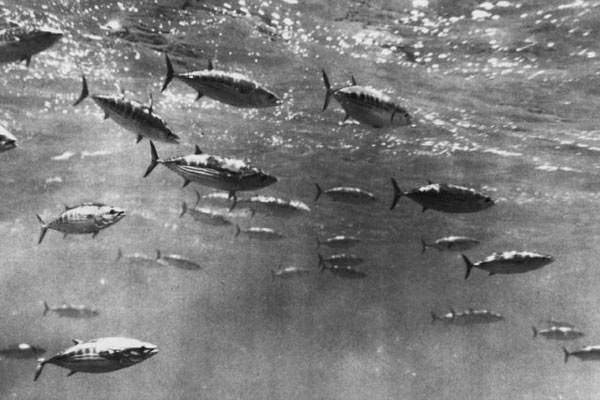 Many tuna species such as Skipjack have been overfished in various parts of the world.

Yellowfin tuna is one of the dominant Pacific species. 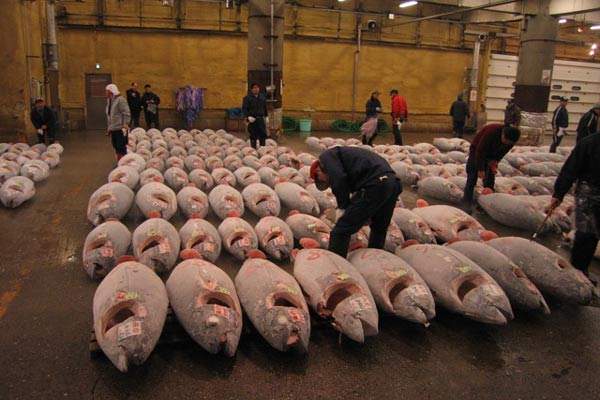 Tuna processing has now been re-established in the Nora factory.

In January 2007, the Soltai Fishing and Processing Company began operations at its new tuna canning factory in Noro in the Western Province of the Solomon Islands. Soltai is the largest employer in Noro with 1,000 employees out of a population of 3,000.

The factory is a sign of recovery following a difficult period for the Solomon Islands, which during 1999 to 2002 experienced political tensions as well as a collapse of the world price of tuna leading to closure of existing plants. Indeed, Soltai came close to collapsing in 2001 and was sold to a Japanese company (49% owned by the Japanese and 51% by the government). The ‘new’ factory now means that ‘Solomon Blue’ Solomon Islands tuna will be seen in UK and European supermarkets again. In addition to the new facility, Soltai has also now had the go ahead to export canned tuna and tuna loin to the US market.

The factory has been refurbished, supported by a government investment of over $1m. The project has increased employment to over 200, upping production quotas (in due course employment will increase to 300–400). In February 2006, Tri Marine International, a major supplier of tuna products to Europe, signed a memorandum of understanding (MOU) with the Soltai Fishing & Processing Company. Under the MOU, Trimarine supplied canning equipment for the production of catering-sized tins for the EU market and also required an increase in the production of tuna loin for the same market.

“The factory is a sign of recovery following a difficult period for the Solomon Islands.”

Although Soltai has its own fishing fleet another of Trimarine’s subsidiaries, National Fisheries Development Ltd (NFD), supplies the additional fish required for the increase in production.

Soltai has the distinctive feature of being the only operator in the Southern Hemisphere to have a locally-operated fleet, crewed by locals, supplying fish to a
locally-owned and managed cannery.

Trimarine International is a private company formed in Singapore in 1972 and now one of the largest tuna suppliers in the world. The factory refurbishment project was largely implemented by a technical team from Soltai itself. One stumbling point was the reestablishment of an EU-recognised Competent Sanitary Authority in the islands to regulate exports to EU countries. The expensive regulatory process took eight months to get Soltai from ‘list two’ to ‘list one’ of the EU’s health and sanitary compliance.

Further projects on the cards for the area are a new fishmeal plant and also a new 2,000t cold storage facility that will hopefully receive investment from an ANZ Bank.

To preserves the valuable stocks of tuna in the area around the Solomon Islands, several interested countries in the area including the Federated States of Micronesia, Kiribati, Marshall Islands, Nauru, Palau, Papua New Guinea, Solomon Islands and Tuvalu have collaborated in a new agreement to control fishing.

The agreement will effectively mean a ban on licensed foreign fishing vessels from two Pacific commons areas and also a requirement for the vessels to retain their full catch and not throw back non-tuna species to make room for more tuna. Also, all foreign boats will be required to carry fisheries observers on-board all the time they are at sea and fishing aggregation devices will be banned. This is now necessary since Asian and European fleets are beginning to turn to the rich stocks of the Pacific waters as there are no tuna left in their own areas.