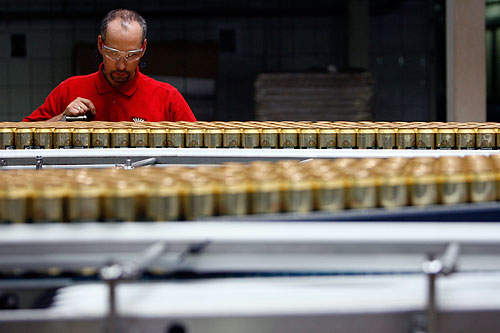 The SABMiller beer factory is equipped with a 60,000 cans per hour canning line. 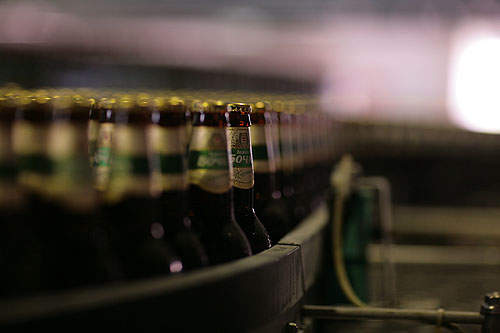 The SABMiller Greenfield Brewery has a production capacity of 300 million litres per year. 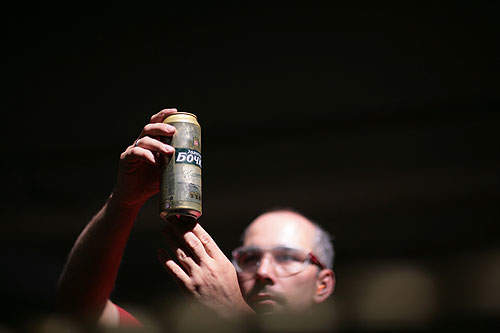 The final products from the production process are tested for quality and taste in the SABMiller laboratory.

In October 2010, brewery giant SABMiller opened a new facility in Ulyanovsk, Russia. The brewery was established with an investment of RUR7.2bn ($240m).

The plant is owned operated by the company’s subsidiary SABMiller RUS, which was set up in November 2007. The project created 300 direct jobs.

Ulyanovsk is SABMiller’s third brewery site in Russia. The first brewery was built in Kaluga Region in 1998 and the Vladivostok plant was acquired in June 2008.

Construction of the Ulyanovsk brewery began in 2008. The first batch of production began in spring 2009.

Site of the SABMiller brewery

The SABMiller Greenfield Brewery Project is located on a 38ha site in the industrial zone of Zavolzhsky district in the city of Ulyanovsk. It sits on the banks of the River Volga, 893km east of Moscow. The region is near to raw material suppliers and has easy access to road and rail links and logistics support.

SABMiller has leased the site, but aims to acquire the property in the future. The project received support from the regional government, which set up the required infrastructure, provided tax breaks and other benefits for choosing the location.

“The Ulyanovsk facility is SABMiller’s third brewery in Russia.”

The 50,000m² brewery was designed with the latest equipment and technology. It includes a water-treatment building, galleries and two 2,500m³-capacity clean water vessels. The plant also includes a 10,000m² warehouse.

The brewery has a production capacity of 300l per year, which may be expanded to 600 million litres in the future. It currently produces the SABMiller RUS brands Velkopopovicky Kozel, Golden Barrel, Simbirsk and Three Heroes.

Malt is prepared by malting and steeping barley grains. Malting is the process of drying the germinating barley seeds. Hops are added to the wort when boiling in order to give the beer bitterness and flavour. It also increases the biological stability of the beverage and supports foam formation and stability.

The finished product contains about 90% water. The water used for processing will be odourless and tasteless, transparent with a pH close to 7 or slightly acidic, with the right combination of salts suitable to prepare different beers. The water used is also free from coliform bacteria and sediments.

ProLeiT was involved in providing a complete Manufacturing Execution System for the brewery. The technology is based on SAP interfacing. The automated brewmaxx V8 process engineering system controls all the processes consistently from the receipt of malt to its fermentation in the beer tanks.

The MES technology has the scope to automate the entire processes when implemented on a large-scale. It can track the process from receiving of the raw materials to the packaging and to track them until the goods reach the warehouse. It is also integrated with the utilities and provides statistics of water, energy and raw materials usage.

Contractors for the SABMiller brewery

SABMiller RUS appointed Royal Haskoning for the design, technical supervision and project management services of the brewery project. Elevar was contracted for the construction and installation works of the brewery.

The turnkey construction for civil works such as brewery building, infrastructure, site improvement, roads and other technological installations was completed by Beta Tek Construction Installation and Trade.