N/A but company purchased for £70m 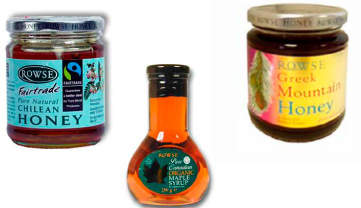 The Rowse product selection not only includes 30 types of honey but also maple syrup. 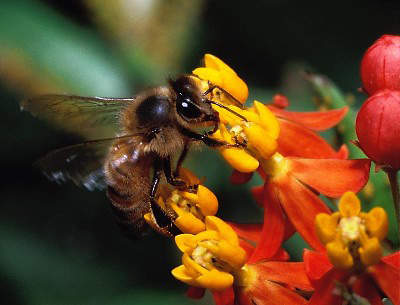 The bees are the workers behind the process. 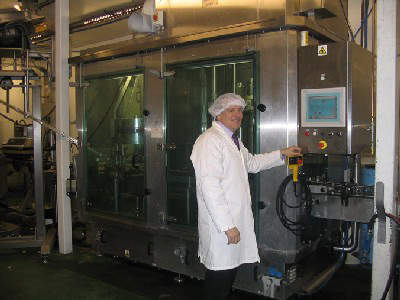 The PET line being installed and tested. 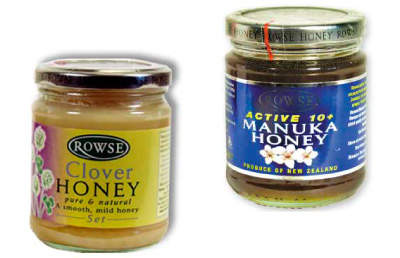 Some of the worldwide honeys supplied from the Rowse range. 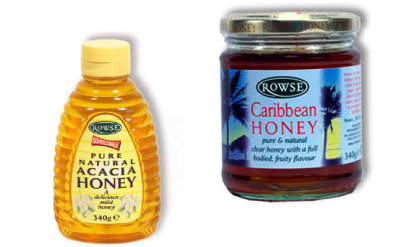 Rowse Honey is the UK brand leader in honey and pure maple syrups, and a major provider of lemon curd and luxury dessert chocolate sauces, supplying all sectors of the food business (they supply Kellogg’s with honey for use in cereal products). Most honey is filled into the popular retail jars, but the product range spans from 28g jars for single serve catering use, up to 23t road tankers. Rowse Honey’s products include the well known Rowse Blossom Honey, with Asda, Tesco and Waitrose among its customers.

The nearest competition in the UK market is the Gales brand marketed by food giant Nestle. The Rowse Honey Company was established in Oxfordshire in 1954 by the Rowse family with only small premises and a handful of staff to manage beehives (it was little more than a cottage industry).

“Rowse Honey is the UK brand leader in honey and pure maple syrups.”

The company became limited in 1971 to form Rowse Honey Company Ltd. In 1987, Tony Rowse, the founder, passed responsibility for the business to his son Richard and the company moved to a new factory (30,000ft²) in Wallingford, which now refines and processes more than 30 types of honey from all over the world.

Rowse, in 1993, expanded its raw material warehousing by 10,000ft² and in 2001 added a new 20,000ft² finished goods warehouse and new offices. The company which has remained in the family until recently now employs over 100 people and has a turnover of over £35m.

Sale of the company

In early 2007 Rowse Honey installed seven processing vessels from Carlisle Process Systems (CPS has now been sold to Tetra Pak) to improve production versatility for the company’s range of branded and own-label honeys. The continued growth of the company along with ongoing product innovation meant Rowse required a new processing line to handle the increased demand for honey, while maintaining the extremely high product quality required by customers, which include all the major UK
supermarkets.

John Bennett, engineering manager of Rowse Honey, said: “Various types of honey are processed at Rowse, so we decided to replace the original bulk storage system with separate vessels that could handle a number of processes simultaneously. This would provide us with greater flexibility and individual product control.

“CPS was recommended to us by a supplier and during discussions with them it was evident that their process systems experience and vessel expertise was second to none… In addition, the CPS pricing was the most competitive and they also offered the best machine specification for the job.”

Four of the seven vessels installed by CPS are used for storing various types of honey; two are for processing seed honey and one buffer vessel is being used for processing sauce on the hot product line. In addition to the standard equipment requirements, CPS was required to design the vessels for a very small footprint as additional space at the Rowse premises was limited.

“In 2003 Rowse decided to replace all of its separate systems with a single integrated solution.”

John Bennett said: “The area for which the equipment was intended was very compact, but installation was superbly efficient and at start-up we encountered no problems with the system at all… Durability was a further critical requirement of the machine design.”

The existing tanks at the Rowse facility were not deemed robust enough to cope with the increased production volume. It was vital that the CPS vessels were designed and manufactured to handle the heavy duty processing required. Bennett added: “The quality of the vessels and mixers was obvious from first sight and they have been working very well since then.”

The upgrade of the Rowse facility has not ended with the new processing and storage vessels. The company has also purchased a homogeniser as well as other equipment from CPS.

Through the years, Rowse had evolved a number of different systems to address different aspects of the company’s business. In the main, these systems were not integrated, so data often had to be entered more than once. The systems also relied heavily on manual processes and paperwork.

“The Rowse Honey Company was established in Oxfordshire in 1954.”

In 2003 Rowse decided to replace all of its separate systems with a single integrated solution. This allowed a common set of data to be easily accessed and shared throughout the company. After evaluating a number of systems in depth, Rowse chose an ERP (Enterprise Resource Planning) solution from INDEX that addressed all of Rowse’s core requirements and integrated all of the various elements of the business.

The company was also impressed with the flexibility of the system and chose to specify a number of enhancements to exactly match the system to the unique processes within honey manufacture. The system operates in multiple currencies to handle Rowse’s purchase of honey from all over the world.

In 2002 Rowse invested in a SIDEL rotary filler/capper monobloc for their PET plastic container line for liquid honey from F Jahn and Company Ltd. The SIDEL rotary filler is equipped with a ‘bottom-up’ filling system and anti-drip devices to ensure a clean fill with no contamination of the container rim.

This latest machine supplements two existing SIDEL rotary honey fillers installed on glass jar lines. The SIDEL rotary fillers have significantly improved production line efficiency and are very flexible. Changeover time is quick and there is a faster turnaround of products and a consistently high throughput.