Yoghurt production to treble after the new expansion, current output is 10 million pots of yoghurt per year 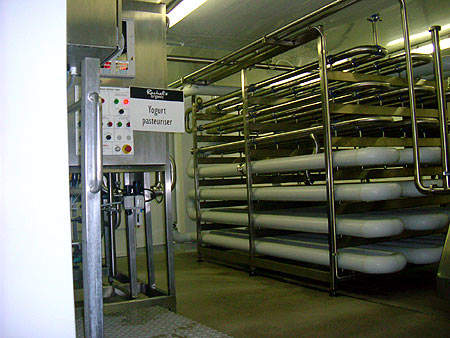 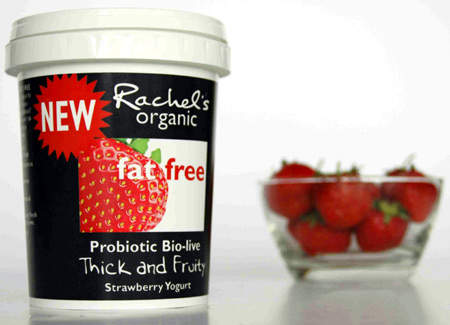 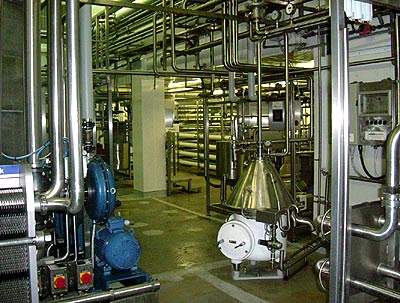 Rachel's Organic is now one of the major processors of organic milk in Wales. 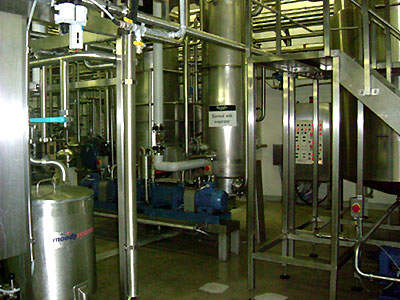 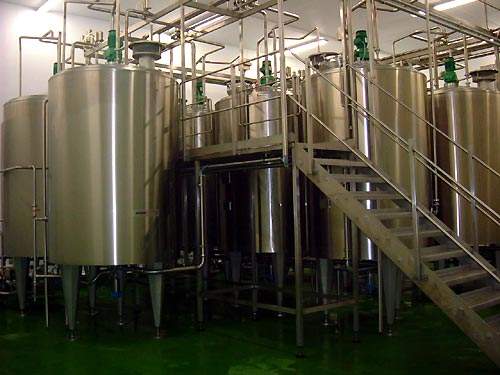 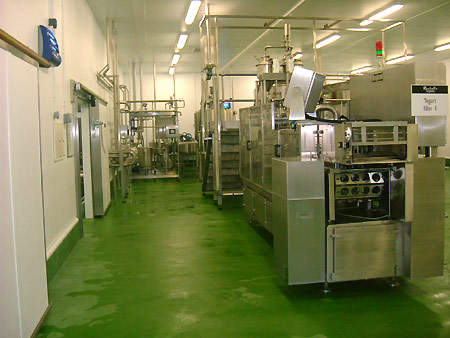 The company was first established in 1984 as a small farmhouse operation. It opened its first purpose-built dairy in 1992 (Phase 1) – an investment of £0.5 million – in Glan-yr-Afon Industrial Park, near Aberystwyth, and was able to process 3 million litres of organic milk per year. The demand for the products increased to such an extent that a second phase extension was opened in 1998 that increased the facility capacity to over 5 million litres per year; this required an investment of
£0.35m. A further small extension costing £0.25m followed in 2002, which included an extra refrigerated fruit room and additional office space.

During this time, Rachel’s Organic was acquired by Horizon Organic Dairy of America (1999), which was itself taken over by Dean Foods in early 2004. In 2002–04 the company’s turnover doubled, with more than 10 million pots of yoghurt per year being produced. This prompted the plans for a new major expansion.

In July 2010, Dean Foods sold Rachel’s Organic to Groupe Lactalis. Dean Foods took the decision to sell Rachel’s Organic to enable it to focus on its core business and yield better returns to its shareholders. The deal will add another brand to Lactalis which already owns cheese brands Seriously, President and Galbani.

“Rachel’s Organic is one of the major processors of organic milk in Wales and requires the full output from 20 major organic dairy farms.”

Rachel’s Organic is one of the major processors of organic milk in Wales and requires the full output from 20 major organic dairy farms to supply its new requirement of over 15 million litres per year. One of the major suppliers of milk to Rachel’s is Calon Wen, a Welsh organic milk cooperative. The Rachel’s Organic Dairy Phase 3 expansion received planning approval in 2003 and financial backing of around £3m. The investment into the company was supported by a processing and marketing grant from the Welsh Development Agency (WDA) using Welsh Assembly and European funding.

Construction of the extension started in late 2003 and was officially opened in November 2004 by Rhodri Morgan, the First Minister of the Welsh Assembly.

The extension provided an additional 50 jobs at the company, bringing the total workforce to 100. Since the expansion the workforce has increased to 140 and yoghurt production has trebled.

The company supplies organic yoghurt and other dairy products to major supermarket chains such as Morrison, Tesco, Sainsburys, ASDA, Co-op and Waitrose; other clients include Ikea, the London Ritz and Eurostar catering. The new extension has increased daily output of the facility threefold, allowing the production of over 50 tonnes of yoghurt per day.

The company was helped by a manufacturing tie up with Yoplait Dairy Crest. This helped Rachel’s develop more and better organic yoghurt products such as yoghurt drinks (introduced in September 2006), the ‘in the mood’ range of premium yoghurts in conjunction with Waitrose and Rachel’s Organic kids range (introduced in January 2006). Rachel’s products are available across the majority of UK supermarkets.

The extension increased the floor space of the facility by an additional 25,000ft², bringing the total area to 40,000ft². Construction of the building extension was carried out by Frank Galliers, and the installation of additional processing, compounding, packaging and storage equipment by Moody.

“The new extension has increased daily output of the facility threefold, allowing the production of over 50 tonnes of yoghurt per day.”

The company produces a full range of organic dairy products, but the major products are organic yoghurts, including a range of well known flavours and different styles such as Greek, fat free, low fat, bio-live and set yoghurts (now yoghurt drinks as well). The company is also well known for its introduction of new combination flavours such as Mango & Vanilla, Raspberry & Elderberry, and Peach & Passion Fruit. Special festive Christmas flavours such as the ‘Rudolph’s Organic’ Christmas pudding yoghurt and Brandy and Nutmeg cream are also part of the product range.

The entire range is available in the standard 450g low density polyethylene (LDPE) pot, but Rachel’s also produces smaller 50g single serve pots (these were first introduced for catering services at Ikea and Eurostar) and has introduced multi-pack production at the new facility (previously multi-packs were produced by a contract packager).