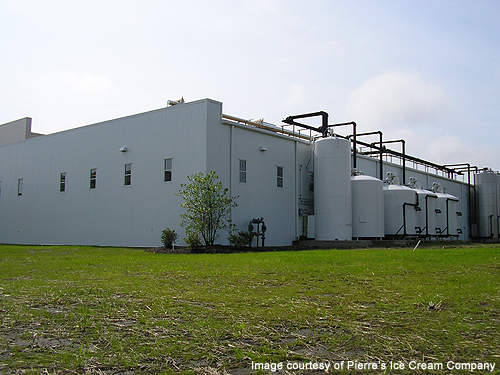 By establishing a new plant in the same location, Pierre's has secured the jobs of its employees working at the closed down factory. 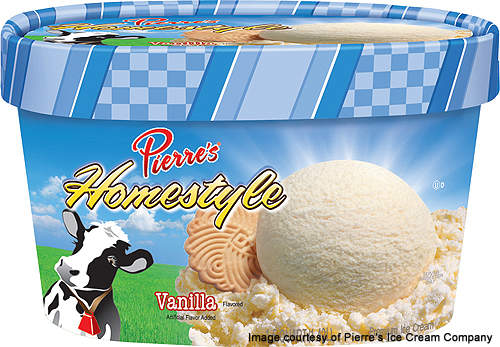 The factory site is located between downtown and University Circle in the midtown district of Cleveland.

Ice cream maker Pierre’s Ice Cream Company opened its new factory in Cleveland in June 2011. The new facility has 35,000ft² of operational space and is equipped to produce the existing as well as the new types of ice cream, sherbets, sorbets and frozen yoghurts.

It was a two-storey building built in the 1920s on a four acre site. It was acquired by Pierre’s parent company, the Royal Ice Cream Company, in 1965.

By establishing a new plant in the same location, Pierre’s has secured the jobs of its employees working at the closed down factory. Pierre’s expects the new factory to help in expanding its product portfolio and production capacity. The plant will also generate local employment in the long-run.

The factory site is located between downtown and University Circle in the midtown district of Cleveland. It is situated immediately westwards of the company’s 56,000ft² headquarters building and distribution centre at 6200 Euclid Avenue.

The company’s request to permit the construction of the factory was approved by Cleveland City Council in June 2010. Construction was started two months later, in September. It was completed in approximately nine months, by June 2011.

“The new plant has replaced Pierre’s existing factory within the vicinity of the new facility.”

The plan to build a new plant in Cleveland was envisioned in the 1990s in a master plan prepared by Pierre’s, which proposed a number of strategic initiatives to expand the company’s activities in the long term.

The master plan execution began in 1995 with the construction of the company’s headquarters and distribution building under phase 1.

Construction of the new factory in Cleveland marked the completion of phase II of the master plan.

The plant has not only increased the production space but also integrated the operations of Pierre’s under one roof.

The factory is a single-storey building with a built-up area of 35,000ft². A number of sustainability measures were taken in designing the buildings and processes of the plant.

“Construction of the new factory in Cleveland marked the completion of phase II of the master plan.”

The hot and cold air created during the production process is used to heat and cool other rooms in the factory to conserve energy consumed for air conditioning.

Energy consumption has also been reduced by use of insulated panels, maximising the use of natural light by strategic placement of windows and skylights, and making use of motion sensors and timers to switch off the lights when rooms are not in use.

The control panels of production equipment are programmed to optimise utility consumption.

Water consumption is minimised by installing pumps. Process wastage has been reduced by installing equipment controls. Corrugated packaging used at the factory is recycled regularly.

Due care has been taken to enhance sanitation by building special panels and flooring for effective wash down.

The new factory in Cleveland has state-of-the-art production equipment and features process automation.

The ice creams are hardened in a minus 40°F cold freezer room. The flash-freeze hardening room consists of two freezing towers through which the ice cream packs are passed up and down to preserve freshness and produce creamy taste. The hardening room is also fully automated.