Open in December 2007 (one week before Christmas) 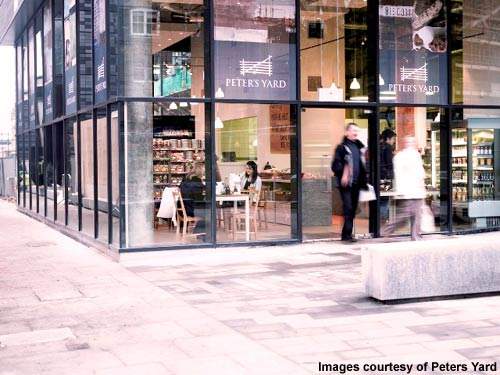 The bakery is on a prime site in the Quartermile development in Edinburgh. 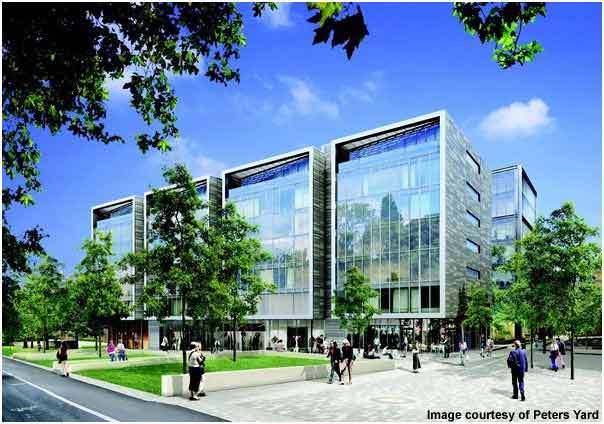 The Quartermile will eventually have 900 apartments and also offices. 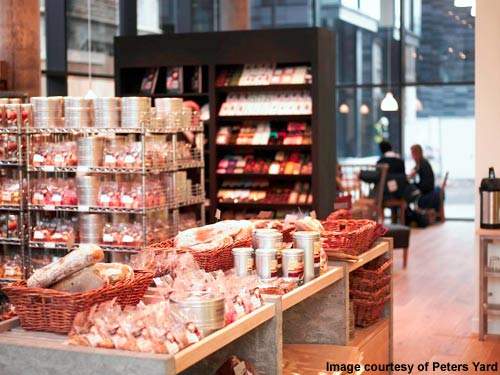 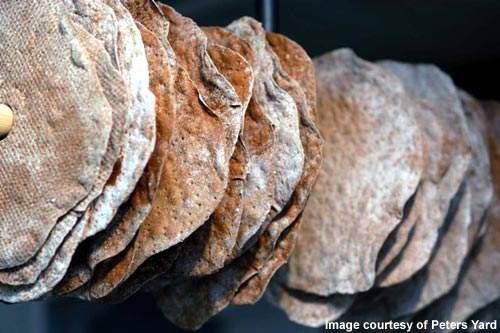 Knackbrod is one of the specialities made by the Swedish-influenced bakeries. 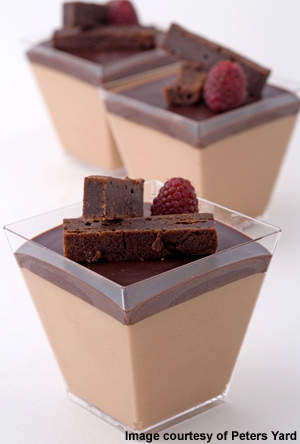 The bakery has four master bakers from Sweden. The chocolate mousse is another bakery speciality.

With the Scottish city of Edinburgh becoming one of the trendiest cities in Europe for food it is no wonder that Jan Hedh, a Swedish master baker of some repute and 35 years’ experience, decided to launch his latest venture in the city.

The new retail bakery, which produces all of its products fresh on the premises, is the second bakery venture for Hedh in conjunction with his Swedish partners Peter Ljungquist and Christer Alfredsson. Their first was in Ystad in southern Sweden, set up in 2001.

"The bakery is staffed by four master bakers brought over from Sweden and is open from 7am to 6pm every day."

The Scottish venture also takes in two partners based in Edinburgh, including Sophie Dow, a Swede who confesses she "has often found it difficult to obtain a good choice of bread in the city".

Hedh chose Edinburgh because of the proximity of excellent-quality fresh ingredients and also because the city has an interesting mix of people and high proportion of students and demanding consumers. According to Hedh the city has excellent demographics and is also a good size and very civilised.

The first tenants of the £450m development, which will eventually see 900 apartments and 350,000ft² of space for office, shops, cafes, bars and restaurants, were Peters Yard Bakery (one of the best positions, just off Middle Meadow Walk). The bakery will produce a range of Swedish breads (artisan bread), pastries, open sandwiches and cakes along with ice-cream, chocolate, jam and marmalade.

The bakery has a retail shop attached and also a licensed cafe and bar. The bakery is staffed by four master bakers brought over from Sweden (local staff was trained as well) and is open from 7am to 6pm on weekdays and from 9am to 6pm on weekends. Lunch from the bakery can also be ordered online for delivery.

"The bakery produces 400 loaves of bread per day using its five-deck Bongard oven."

The bakery occupies a 1,800ft² prime site in the Quartermile development and is equipped with state-of-the-art bakery equipment. The Quartermile buildings were designed with façades of steel and glass which means that the bakery is visible to the customers from the outside.

The bakery produces 400 loaves of bread per day using its five-deck Bongard oven. Everything is baked and produced on the premises except cookies, biscotti and crispbread.

The architects for the project were JM Architects of Glasgow. The Bongard oven and prover were supplied by AGA Bakery, the fridge, freezers and counters were supplied by Williams and the pastry counter was from Porkka. The cafe was designed by the Swedish designer Nirvan Richter and was outfitted by Dunglass.