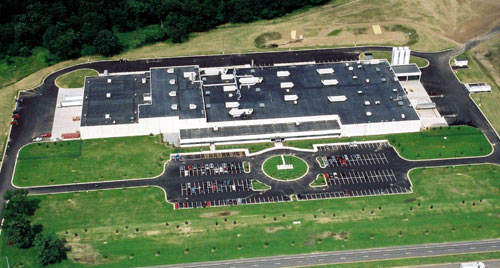 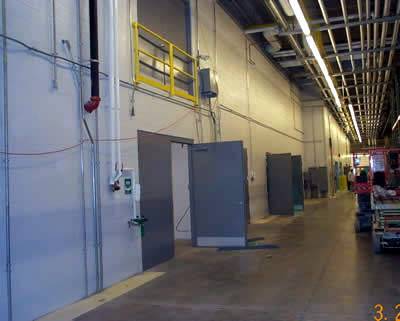 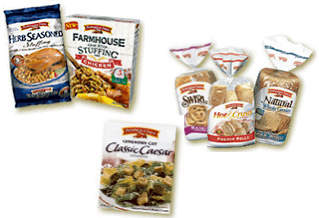 Products to be produced at the plant - bread, stuffing and croutons. 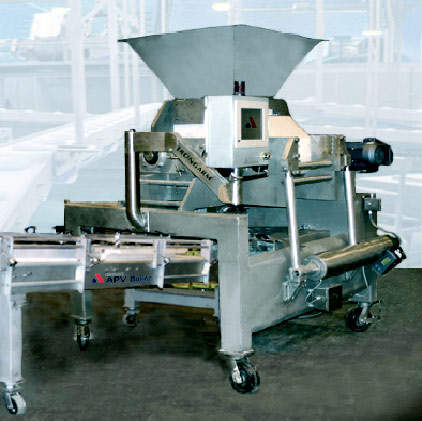 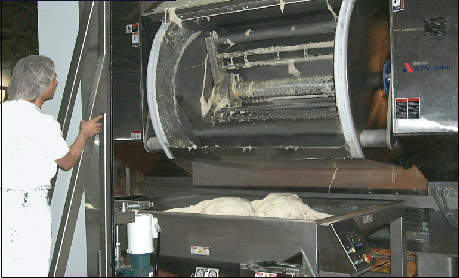 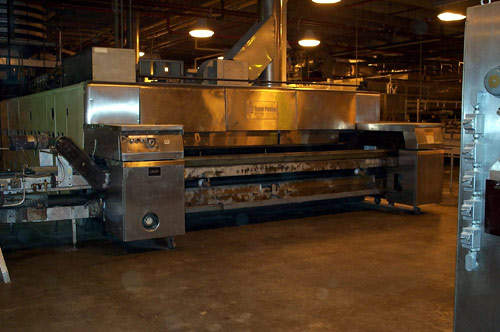 Pepperidge Farm Incorporated, which is owned by the Campbell Soup Company, completed the construction of a state-of-the-art bakery plant in Bloomfield, Connecticut, in September 2003. Located north of the state’s capital of Hartford, the $72m facility produces breads, rolls and stuffing to meet the growing demand for Pepperidge Farm fresh baked goods in north-eastern US.

The Bloomfield plant has 6½ acres under roof and 265,000ft² of floor space, located on a 41-acre property. The facility replaced the company’s former Norwalk bakery, which was phased out in July 2003. This was Pepperidge’s first commercial bakery originally built in 1947; the bakery transferred 175 of its 360 staff to the new Bloomfield facility. The new operation can produce 30% more product than its predecessor.

Running three shifts, six days a week, the new plant contains four production lines and employs approximately 275 people. It is currently running one dry line for croutons and stuffing and two fresh bread lines: one for the company’s family of Swirl breads and one for Farmhouse, Natural Whole Grain and other varieties.

The plant became fully operational when the roll production started up on 1 November 2003. The plant bakes 28 different varieties of bread per day and can carry out changeovers in ten minutes. Over 29,000lb of dough per hour can be baked in three ovens.

Pepperidge Farm awarded Greenville-based Suitt Construction Company the contract to manage the construction of the facility. Suitt was responsible for overseeing all areas of facility construction, including site development, precast concrete erection, utility installation and mechanical, electrical and plumbing work.

The task of designing and implementing machinery for the bakery production lines fell to APV Baker, a division of Invensys. Atlanta, Georgia-based engineering and construction firm, The Facility Group, provided planning, programming and budgeting for the green-field project. Its itinerary included the evaluation and specification of all process and packaging equipment for three new production lines and one relocated production line that produces a variety of baked bread products.

The ingredient handling system and the brew system were installed by Shick USA with the assistance of the Dennis Group to provide systems integration.

The bakery uses a ‘no time’ dough brew system, which allows the dough to develop from a slurry that is 40% flour and yeast and runs through heat exchangers (using ammonia) on its way to the mixer system. The system can deliver 16,000lb of dough per hour and has multiple holding tanks to store formed dough as well as three clean in place tanks to clean the ingredients delivery system.

“In August 2007 a new project was instigated by Pepperidge Farms to install an additional larger fuel cell of 1.2MW capacity at the plant.”

Following dough formation the production line starts with an APV series 2000 horizontal mixer to mix the dough. The mixer has a capacity of 3,000lb and incorporates a T-beam refrigeration unit for rapid cooling. The dough may then be divided into the required product amount, such as loaves or rolls, by an APV SofTouch dough divider, which can produce 300 loaves per minute.

The products are then passed to a moulder, which forms the shape of the product and passes the products to a conveyer for further processing such as flour or seed dusting.

The next process is proofing the product using an oval conveyorised double oval proofer, the APV Lanham Proofer. Proofing is the temperature-controlled process that allows the product to rise (with yeast fermentation).

The bakery also incorporates an automatic pan handling system which controls 12 types of six-strap pan and has 26,000 pans in a three-tier rack with an automatic storage and retrieval crane. The operator of the bread line makes an order and pans are placed on a conveyor by two robot articulated arms and delivered to the bread line. The pan handling system was installed by Genesys Controls Corporation.

The Pepperidge Farm bakery decided from the outset that fuel cells were the way to go to supply electricity and heat for the plant. The company has now been involved in two projects to install fuel cells at the plant both supplied by Fuel Cell Energy of Danbury.

In January 2006 a 250KW fuel cell was installed by Fuel Cell Energy Inc. In August 2007 a new project was instigated by Pepperidge Farms to install an additional larger fuel cell of 1.2MW capacity at the plant. The installation was completed and the company inaugurated the 1.2MW fuel cell on 15 October 2008. The new fuel cell that cost the company $3.5m, supplies 57% of the plant’s electricity needs. It is the largest single commercial power plant in the US and the largest power source for the plant. The two fuel cells combined supply 70% of the plant’s requirements.

Additional heat coming from the fuel cell is used to support the bakery processes at the facility and thereby helps in reducing the energy needs for the plant boilers.

In 2002, the Connecticut Clean Energy Fund (CCEF) initiated a programme designed to accelerate fuel cell commercialisation. The new bakery qualified as a ‘Commercial Application Project’ which involved the installation of commercially-ready fuel cells in high value applications to evaluate benefits, feasibility and viability of its use.

“The plant bakes 28 different varieties of bread per day and can carry out changeovers in ten minutes.”

Fuel cells produce electricity directly from the electrochemical reaction between hydrogen (from a hydrogen-containing fuel) and oxygen in the air.

The process creates little or nothing by way of emissions because no burning or combustion takes place. The only by products from the electrochemical reaction are water and useful heat. A fuel cell is like a large, continuously operating battery.

Although CCEF has an annual budget of approximately $8m to fund the programme, the individual projects are expected to make a ‘substantial’ financial contribution.

Pepperidge Farm Incorporated, headquartered in Norwalk, Connecticut, is a leading provider of fresh bakery products, cookies and crackers and frozen foods. Among the company’s most popular products are Chocolate Chunk and Milano cookies, Goldfish crackers and more than 50 varieties of fresh baked breads, including Swirl, Farmhouse, and Natural Whole Grain breads.