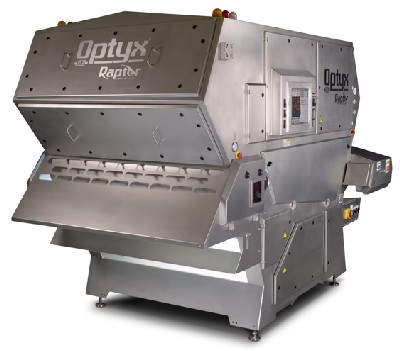 The Key Technologies Raptor Optyx system being introduced at Markham. 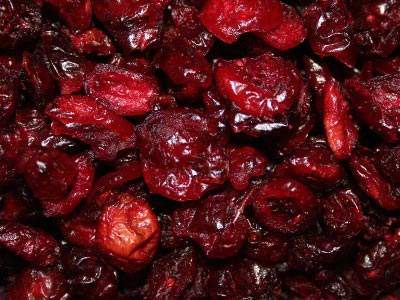 Craisins ready to be packaged. 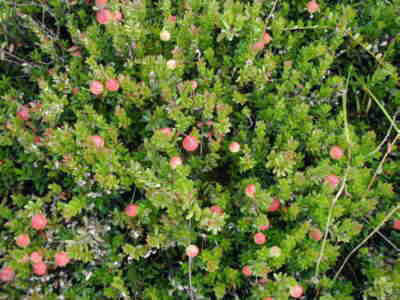 Cranberries growing on the bush. 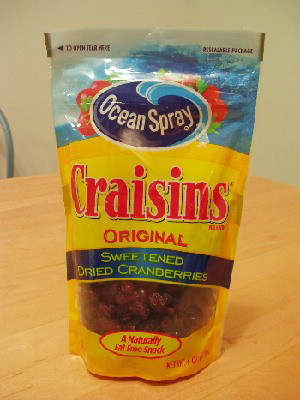 Craisins bagged for the consumer in a resealable pouch. 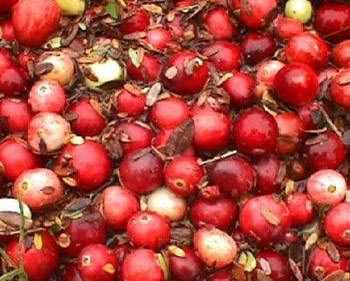 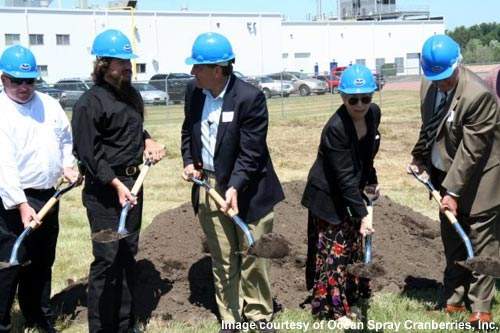 Groundbreaking of the phase 2 expansion in Wisconsin occurred in March 2008. The expansion is set to up Ocean Spray's production of craisins. 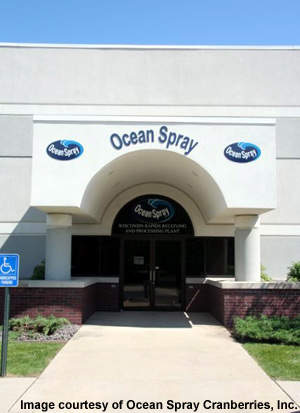 The Markham facility in Washington is the only craisins plant on the west coast of the US.

Ocean Spray Cranberries is a large cooperative of 750 cranberry and citrus growers in the US and is credited with the invention and marketing of the craisin. A craisin is a dried and sweetened cranberry, which is similar in texture to a raisin or other dried fruit.

The term craisins is a registered trademark of Ocean Spray, which also markets orange and cherry-flavoured dried cranberries. Craisins are lower in vitamins and much higher in sugar than fresh cranberries, but have gained popularity as an energy-rich and nutritious snack food.

“Ocean Spray’s marketing team attributes much of the popularity of craisins to the consumer quest for healthy foods.”

Retail craisin sales in the US have tripled since 2003. Although sweetened dried cranberries (SDC) can be bought in the same way as other dried fruit, one of the mainstays for Ocean Spray SDC is as an ingredient for the production of other food products. SDC are featured in more than 1,000 different grocery, bakery and dairy products worldwide.

Craisins account for around $150m of Ocean Spray’s annual sales of $1.5bn. According to the company, sales of the product have doubled in the last two years and are expected to double again over the next two years.

Michael Stamatakos, Ocean Spray VP of operations, commented: “We’re going coast-to-coast with Craisins production… The steady build-up of our manufacturing capacity – first in Wisconsin, then in Massachusetts, and now in Washington – is all part a carefully paced plan to match our production with the growing demand for our sweetened dried cranberries.”

Ocean Spray’s marketing team attributes much of the popularity of craisins to the consumer quest for healthy foods. Science is tending to point to the unique health benefits of cranberries.

The Markham plant in Washington State is one of the largest Ocean Spray production facilities in North America. It is the only plant on the west coast, employing 65 people year-round and about 150 in total during cranberry harvesting season between mid-September and November. The facility has undergone a $17.8m expansion for craisin manufacture, which started in mid-2006. Ocean Spray has ambitions to quadruple production of craisins and has plans for new production facilities in Wisconsin, Massachusetts and Washington.

The expansion at the existing plant in Markham (the fifth craisins production line at the plant) generated 25 to 30 new jobs and helped produce some 15 million pounds of sweetened dried cranberries annually.

In the production of SDC, Ocean Spray uses vibratory shakers from Key Technology as part of the process. A fifth line started up in the first quarter of 2007 and also uses Key Technology sanitary Smart Shakers.

The Iso-Flo vibratory shakers convey the sticky dried fruit product on the packaging line and handle a wide range of functions on the processing line. Each of the craisin production lines at Markham produces 10 to 12 million pounds of SDC per year.

Each of the Iso-Flo vibratory shakers are for more than just conveying product. While moving product between the units of operation that slice, extract, infuse, dry and package, the Iso-Flo shakers are used to clean, wash, dewater, de-syrup, size and grade the cranberries.

The cranberries have vastly different characteristics at each stage – from being frozen at the start to a hot, sticky product after the dryer. Each stage requires a unique method to handle the different product
characteristics.

With demand outstripping supply for craisins, Ocean Spray decided in November 2006 to expand in the state of Wisconsin at the site of Ocean Spray’s existing facility in Wisconsin Rapids, the former Northland Cranberry plant purchased in 2004.

The company had 470 employees working at the facility before the expansion. The Wisconsin Rapids plant was expanded by 125,000ft2 and the total area of the plant now is 440,000ft2, which makes the plant the largest cranberry processing plant in the world.

“A craisin is a dried and sweetened cranberry.”

About $75m was invested in the expansion during which the company added two cranberry production lines. The plant was reopened on 23 September 2008 after the expansion was completed. Both production lines were operational by March 2009 and the company now has the capacity to produce around 30 million pounds of sweetened dried cranberries per year.

Wisconsin is the top producer of cranberries in the US with more than half of the cranberry production of the entire country attributed to Wisconsin; the state produced around 3.75 million barrels of cranberries in 2007. Ocean Spray employs about 470 people in Wisconsin and buys fruit from 120 growers in the State who are part of the same cooperative.

Ocean Spray received tax incentives as well as training and development grants tied to the new 100 jobs that it created in Wisconsin Rapids.