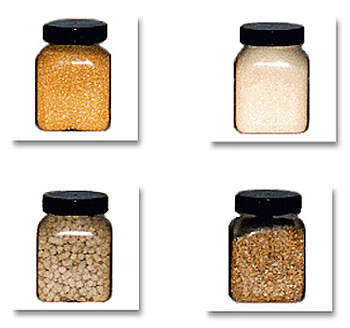 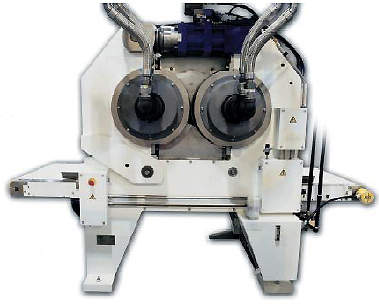 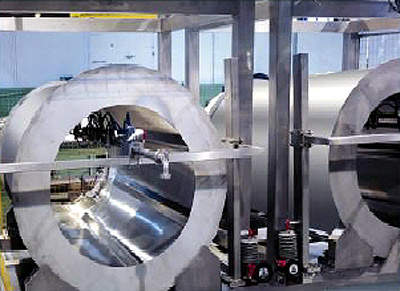 Side elevation of the facility design showing the production hall and the administration area. 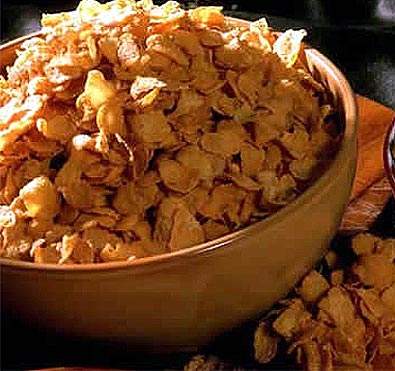 Bioland organic wholemeal cornflakes is one of the product lines to be produced at the new facility. 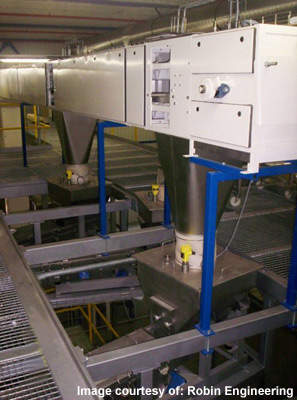 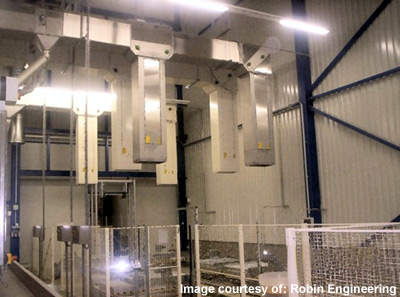 The discharge system ensures products are handled gently and are therefore not damaged before being packaged. 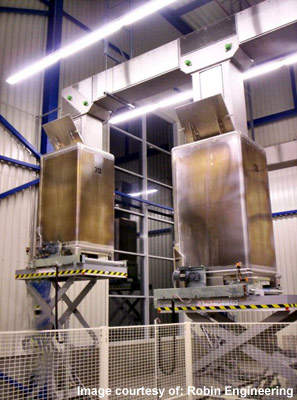 Discharge into bins is controlled so the fall is only 100mm. 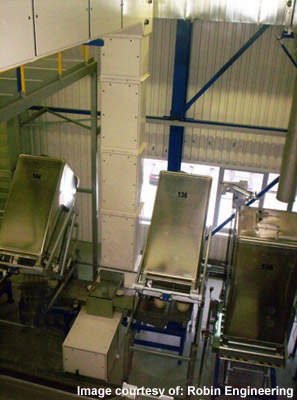 Raw materials infeed station; equipment in the plant was designed and supplied by Robin Engineering Services. 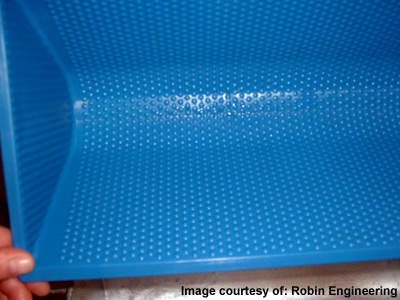 Bucket for food applications with dimpled surface to prevent sticky products from accumulating.

When the demand for Nordgetreide’s breakfast cereal in Western Europe began to overtake the production capacity of its two existing plants, the company decided to build a third.

Construction of the new plant started in August 2004 and was completed by September 2005. The investment for construction and outfitting was estimated at €38m.

The new facility incorporates the latest state-of-the-art breakfast cereal production and packaging technology, allowing more efficient production of existing ‘cash cow’ brands and the production of newer products in development. A variety of products are manufactured, including flaked, directly expanded and puffed cereals. The new facility is able to produce over 250,000 boxes of cereal per day.

The plant has started to produce breakfast cereals, but could opt to expand into Granola-type cereal bars in the future for which it would require additional processing equipment from APV Baker.

The plant contains equipment which was designed and supplied by Robin Engineering Services, the UK representative of Humbert and Pol, in April 2005: 20 conveying systems to handle breakfast cereals. In April 2005 Robin Engineering supplied 20 conveying systems to gently handle breakfast cereals at the plant. The conveyor buckets remain upright at all times and were designed to overlap and operate at very slow speed so that the flakes produced should not be crushed.

Humbert and Pol designed the systems’ discharge stations to decrease the height from which the delicate breakfast cereal products were dropped into bulk containers prior to packaging.

The discharge station was actually placed inside the bulk container, which was itself on a hydraulic lifting device so that the drop for the breakfast cereal could be minimised by precise control settings.

The systems were designed to handle between 15 and 35m³ per hour.

While the whole system was designed to transfer the delicate breakfast cereal products without damaging them prior to packaging (soft landing discharge mechanism) the system requires minimum maintenance and has an automatic bucket wash and dry system to prevent cross-contamination between products after each manufacturing run.

The twin screw cooker extruder textures and cooks the ingredients with a combination of heat, mechanical shear and moisture addition. The system installed at Nordgetreide has a capacity of 1,000kg and fully automatic batch operation. Flavours and colouring can be added directly into the barrel. The process is extremely flexible and enables the gelatinisation of starch in the cereal to be accurately controlled.

The product is cooled in the second half of the extruder barrel, forming the pellets at the die face. The dough is discharged through the die where it is cut into pellets. The pellets are then conditioned by a stream of warm air before forming in a flaking roll or shredding roll system, with final moisture removal and toasting achieved in a thermoglide toaster.

Syrup skids allow breakfast cereals to be coated with glazing syrups, cocoa syrups and frosting syrups. These are used in conjunction with an auto-feed system for weighing and mixing batches of ingredients.

Syrup is metered into a coating drum and sprayed onto the cereal product being fed into the drum. The coated product is discharged continuously into the conveyor band of a dryer before being packaged.

Low solids coating plants are typically used for frosted and glazed flakes, rice and directly expanded cereals; the solids level of the syrup is generally 70% to 80%. High solids systems are used when the moisture within the coating might migrate into the cereal and collapse the structure; products such as puffed wheat require these coatings, which typically contain 97% solids.

A high output unit produces high quality flakes from wheat, corn, and bran-based cereals at rates up to 1,000kg/h. The rolls are made from hardened alloy steel and are mounted in a steel frame capable of exerting enormous pressure.

The system has specially designed hydraulic gap control and roll temperature systems to maintain consistent product quality throughout a production run. Hydraulic cylinders mounted at each end of the roll shaft maintain constant pressure on the product as it passes through the roll gap. Roll surface temperature is maintained using cooling water pumped through channels just below roll surface.

The system is designed for Clean In Place (CIP) and Steam In Place (SIP) operation. The system can be cleaned and changed over to a different product within 1.5 hours. This is important for Nordgetreide as they operate a Bioland processing plant to make organic wholemeal cornflakes for part of the production at the plant.

Shredding is an alternative to flaking, designed to form cooked cereal into layered shredded products or stranded type products such as Shredded Wheat. Cooked cereal is fed to a number of shredding roll mill units via an overhead recirculating and distribution screw. The screw flood feeds individual shredding roll hoppers. The roll assembly has one grooved and one plain roll. The product is fed through the roll nip to form a web of materials or strands and separated from the roll by a comb scraper onto a conveyor underneath.

“A high output unit produces high quality flakes from wheat, corn, and bran-based cereals at rates up to 1,000kg/h.”

A number of pairs of rolls are used in series to lay webs on top of one another forming a multi-layered sheet. Up to 20 layers can be combined with the option of introducing fillings between layers. For stranded products, the strands are cut to length before drying. For shredded products, the finished sheet is crimped and cut to length. The crimper and slitter act against a hardened roll. The product is then toasted. The typical output for this system is 150kg/h per pair of rolls.

This process follows flaking to give a gentle even toasting to flakes and other cereal-based products. The product is carried through the toaster on a fluidised bed of air that suspends the product, so that it is gently rotated and tumbled as it is propelled forward by an oscillating pan conveyor, minimising product breakage. Air flow control allows precise temperature control and gives an even toasting.

The system incorporates a Dust Separation Unit (DSU) and explosion relief panels are designed into the combustion chamber.