The Nestlé factory at TechnoPark, Dubai, was opened in December 2010. 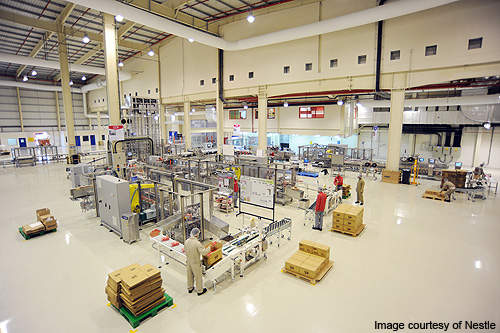 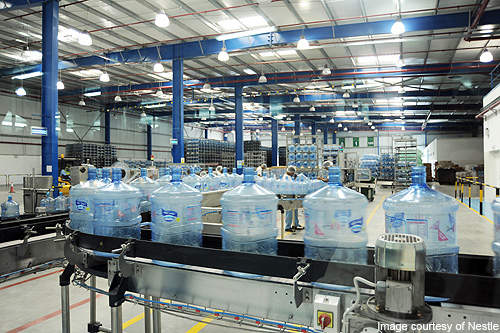 Bottling plant in the factory. 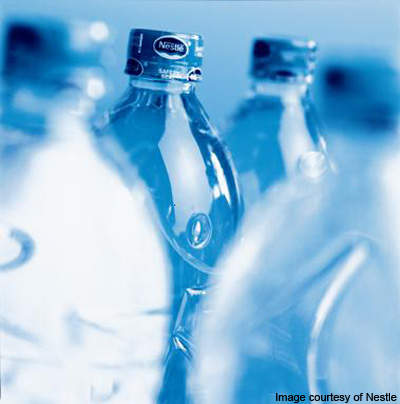 Nestlé inaugurated a new factory in Dubai in December 2010. The $136m facility is located at TechnoPark and will serve markets across the UAE.

Nestle’s TechnoPark facility is the first confectionery plant built by the company in a decade and is expected to be the third largest Kit Kat manufacturing plant worldwide. The factory will manufacture, can and package Nestle powder milk Nido, Kit Kats and the bottled water Pure Life.

The facility is intended to meet the demand for Nestle products in the region. There is provision to expand the facility for exports to other regions. The factory is an extension of a multi-million dollar facility opened in March 2010 to manufacture powdered milk and package imported Mackintosh’s Quality Street chocolates.

Plans to construct a facility at TechnoPark were initiated in 2007. The construction of the facility was started in 2008 and completed in 2010.

The manufacturing facility is spread over 1m ft² and the building covers an area of 515,000ft². The facility currently employs 555 people. The production capacity of the plant is expected to be more than 100,000t a year.

The facility accommodates Nestlé’s Regional Microbiological Laboratory which specialises in analysing of salmonella. The laboratory began operations in 2009 and serves the Nestle factories in the Middle East region. It is also used as a training facility for various government bodies of the UAE.

The TechnoPark is strategically located between a seaport and an international airport, and is to the west of Jafza (Jebel Ali Free Zone).

It enjoys the status of a special economic zone and offers 20m m² space for industrial development and 1m m² for science and technology core. The zone supports the water, health, energy, engineering, logistics and mobility sectors.

The TechnoPark is part of Economic Zones World, which is an arm of Dubai World.

Located in TechnoPark, the Nestle facility gets the advantage of 100% foreign ownership, a 0% corporate tax rate, the option to repatriate capital and profits, and flexibility in using international currency and hiring foreign employees.

Amana Contracting and Steel Buildings was awarded the construction contract. The turnkey project was completed in 390 days.

Nido powder milk has a few variants including Nido Laban and Nido Essentia. Essentia is available in 400g and 2,250g cartons.

Production of this is soon going to begin in Dubai. Kit Kat comes in various options such as Caramel, Chunky and Senses. Pure Life bottled water is produced under the company’s Nestle Waters arm.

Nestle has been in the Middle East for 75 years, its first operation in the area opened in Lebanon in 1934. Nestle Middle East was founded in 1997 with a facility in Jafza. Nestlé Middle East operates in 13 countries including Iran, Iraq and Yemen.

“The TechnoPark is part of Economic Zones World, which is an arm of Dubai World.”

Nestle owns 17 factories and 37 offices in the region and employs 7,000 people.

Nestlé also established a sensory lab unit for innovation and new products in Al Quoz, Dubai in 2010. This unit is equipped with sensory technology and acts as a centre to carry out sensory profile analysis of confectionery, dairy products, and coffee.