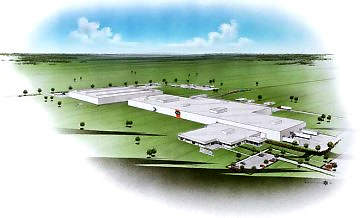 An artist's rendering of the Nestl&#233; plant in Jonesboro, Arkansas. 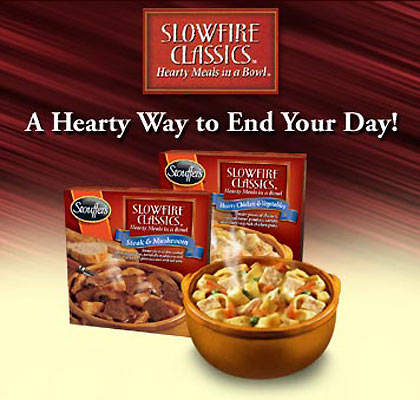 Nestl&#233; Stouffer's food brand is produced at the new plant. 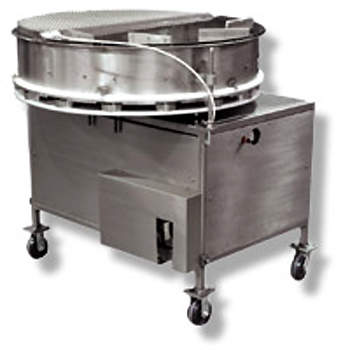 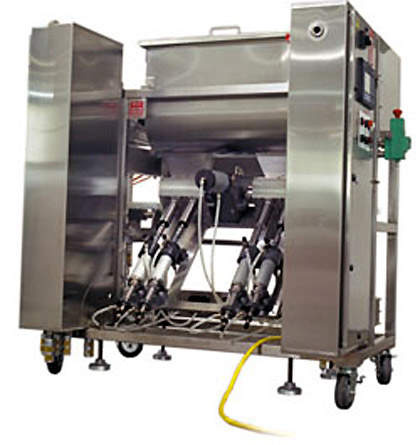 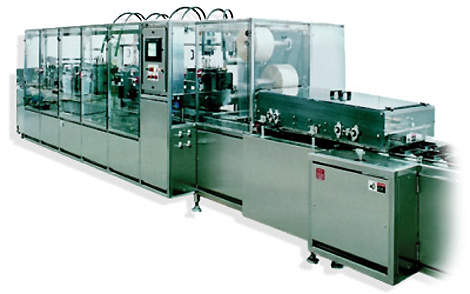 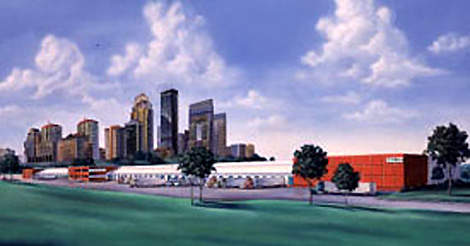 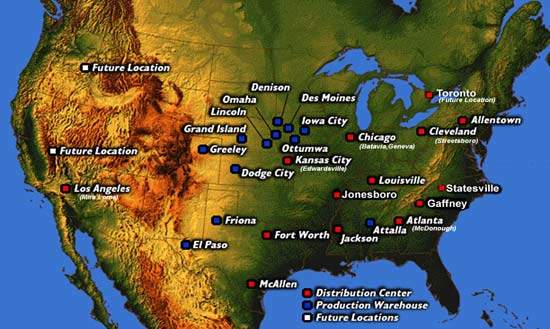 Nestlé USA opened a new frozen foods manufacturing facility in Jonesboro, Arkansas, USA, in the second quarter of 2003. The site in Arkansas was chosen in August 2001 because of its central location in the USA, very competitive operating costs and state incentives. The plant produces a range of frozen meals in the ‘Lean Cuisine’ and ‘Stouffer’ brands.

The new plant has required an investment from Nestlé of $165m. The floor space of the new plant totals 325,000ft² and it employs 400 personnel.

The frozen food plant has been constructed on a 73 acre site in the Craighead Technology Park, on the eastern edge of Jonesboro city. The Nestlé plant is serviced by a custom-built refrigerated warehouse and distribution centre. The warehouse, which is attached to the factory by a 40ft wide corridor, was built by Millard Refrigerated Services who also run the facility and employ 65 personnel. The Millard facility was also constructed with an eye to the future, as it has been designed to be easily expanded in future plans.

“The Nestlé plant is serviced by a custom-built refrigerated warehouse and distribution centre.”

The 200,000ft² refrigerated warehouse provides temperature-controlled storage for incoming ingredients and Nestlé finished products prior to distribution. State and local financial grants have funded the necessary infrastructure improvements around the new plant. The state provided $5.5m for the expansion of a wastewater treatment facility to handle the increased volume of waste produced by the plant. Funds have also been provided by the state to improve the road infrastructure around the plant and to build a rail link to the site.

Nestlé awarded the contract for engineering, architectural and construction management to Stellar Group of Jacksonville, Florida. The plant and the storage facility have both been built to allow major expansion at a later date. Nestlé USA Prepared Foods division opened the first frozen food production line in March 2003; a second was opened in September 2003. The two production lines operate under a two-shift system.

Nestlé production lines manufacture an established range of ‘home meal replacements’ (HMR), including 14 varieties of Stouffer’s (Lean Cuisine Skillet Sensations and Oven Sensations) meal kits with beef, turkey, chicken and vegetables. The production of these meals requires the use of individual quick frozen (IQF) technology to freeze the meal components to preserve the taste of the meal ingredients; the sauce is supplied in a small disk that distributes it evenly over food.

IQF requires that a stabilising coating is used in the production of the meal. This takes the form of a hydrocolloid mixture of Xanthan gum and Guar gum, which is sprayed onto the prepared food components after the preparation stage of the line before freezing and packaging. The IQF freezing process uses a flow freezing process that uses liquid nitrogen to freeze cryogenically and rapidly.

The components of the ready meal are treated by IQF and the stabilising coating that stops components such as vegetables adhering. The components of any particular variety have to be portioned out using a filling system; either a ‘vegetable’ filler for solids or a piston filler for smaller particulate components and liquids. The meal may be packaged in a variety of formats – heat-sealed paperboard, low-density polyethylene (LDPE) tray or heat-crimped polymer bag – using an intermittent motion heat sealing system. (The system combines two sealing operations into one and is highly configurable to different packaging formats.) The processes are carried out at reduced temperature and packaging can be carried out at a rate of between 60 and 100 items per minute.

The meals are rapidly packed and stacked into their transportation packaging before being passed on to the Millard warehousing and distribution facility. This facility incorporates a 5.2 million ft² convertible freezer space, using a two-stage ammonia refrigeration system.

The warehouse uses radio frequency scanning (RFS) to scan and track the inventory of ingredients coming in and products leaving the facility. Each delivery pallet has an ID number and bar code assigned, which incorporates sell-by and use-by dates for quality control. The use of a wide area network (WAN) ensures that the entire inventory can be updated live throughout the working day. Orders to the distribution centre from customers can be filled in a little less than eight hours in real-time due to the use of electronic data interchange (EDI) in the management of the inventory of products.

“The Jonesboro plant will be the first to produce Stouffers and hot pockets at the same facility.”

EXPANSION OF THE PLANT

In March 2006 Nestlé announced a US$20m expansion to the Jonesboro facility, which is expected to require an additional 120 personnel by 2007. The expansion requires the building to be extended to make room for a new production line. The new line will produce hot pocket sandwiches and Jonesboro will join the two plants in Los Angeles and Lexington that already produce them.

Hot pockets sales totalled US$800m in 2005. The Jonesboro plant will be the first to produce Stouffers and hot pockets at the same facility. The expansion started in late 2006 and will be operational by mid 2007. Further expansion plans are in the pipeline to increase the number of production lines by a further four – eventually the facility could employ more than 2,100 personnel.