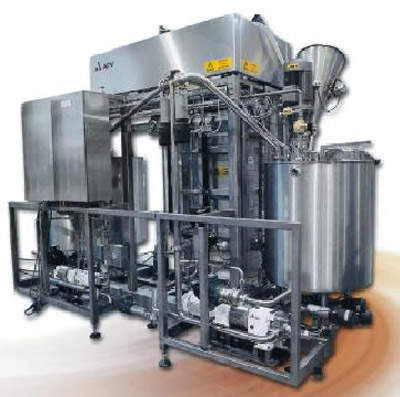 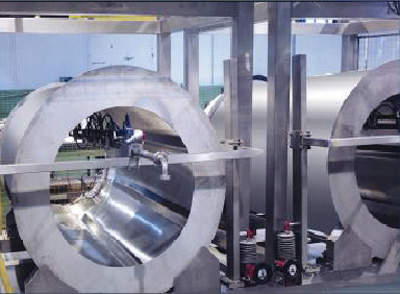 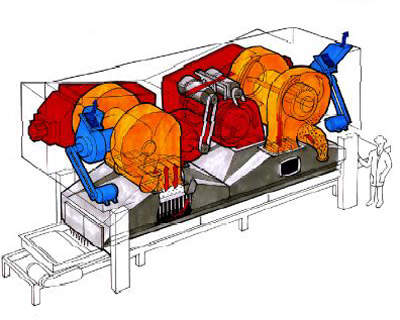 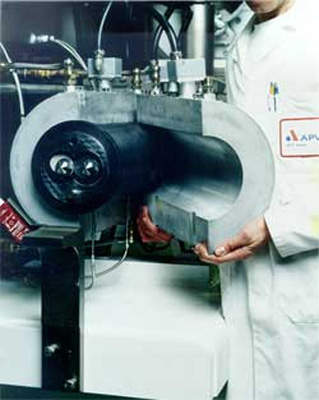 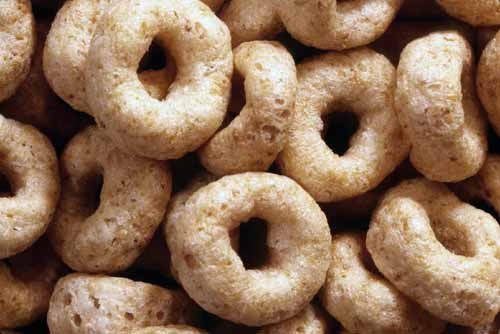 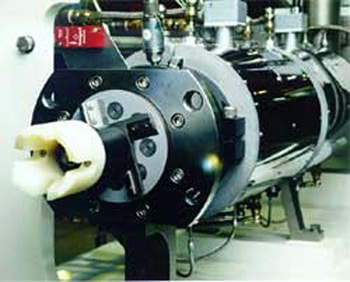 Nacional is a major breakfast cereal manufacturer in Portugal and forms part of the grain milling Amorim-Lage Group. The popularity of breakfast cereals has grown in Portugal in recent years and the Nacional production facility in Trofa was in need of
a major update and expansion with new technology and new ideas. Early in 2004, Nacional instigated a major refit and expansion plan that was completed by mid September 2004. The investment in the new facility was estimated at €11.2 million.

Nacional’s main product was cornflakes but since the expansion the facility has been able to manufacture a variety of extruded breakfast cereal products for marketing under its own brand names and for third party supermarket labels. The adoption of extrusion techniques into breakfast cereal processing at the Nacional facility has further widened the production possibilities because, rather than using whole grain, flour or meal can be the grain source. This has allowed the blending of different grains into unique cereal pieces. Extrusion has also made production more efficient by combining several processing steps into a single, continuous unit.

The main contractor for the breakfast cereal production plant at the Nacional facility was APV Baker. APV Baker was awarded the contract since they had successfully upgraded the cornflake production line at the facility with two new cereal cookers as far back as 2002. The company has managed to forge a very good relationship with Nacional and was able to use their research and development ‘process innovation centre’ in Peterborough, UK, to run and develop Nacional’s entire new product range before installing the new production lines and equipment in Portugal.

APV Baker has supplied and installed a complete process plant for Nacional, which incorporates the entire production process from compounding and mixing of the recipe ‘dough’ through extrusion and cooking to drying and coating of the final extruded product shapes.

The new facility can make a variety of different expanded products, including corn-balls, coco-balls, choco curls, golden squares, stars and rings, as well as co-extruded filled pillow shapes. All of these extruded shapes – except the pillows – will be coated with a honey, sugar or glucose-based glaze.

Most of the products are cut into individual pieces by the die as they leave the extruder. The die design (custom manufactured by APV Baker) is crucial in controlling shape, expansion and shell structure, and providing end products of differing formulation and shape.

A key design feature of the facility is the ability to rapidly changeover between products in response to market demand, including those where different raw materials and syrup are involved. For example, to create filled pillow products, which cannot be cut at the die, a mobile crimping unit is wheeled in and out of the line.

The modular design of the production line allows quick changeover, minimum down time during clean-in-place (CIP) processes and a wide product range. New products can be developed and produced easily using this APV Baker production line by setting new die shapes and adjusting the ‘dough’ recipe accordingly if required.

The company has already expanded its cornflake range by making use of the ‘Thermoglide’ toaster and high solids sugar syrup coating system to produce a ‘crunchy nut’ coated cornflake type product.

The ‘Thermoglide Toaster’ is an extremely versatile unit for toasting, drying, roasting and expanding a wide range of cereals. The extruded dough shapes or flakes are carried through the toaster on a fluidised bed of air to minimise product breakage. Air is blown down onto the conveyor creating a pillow of air which suspends the product; so that it is gently rotated and tumbled as it is propelled forward by an oscillating pan conveyor.

The degree of toasting can be precisely and instantly controlled by air temperature adjustment. Conveyor speed and air velocity control allow the operator to give the product an even toasting and colour, and this system also allows precise moisture control.

The unit incorporates its own dust separation unit (DSU), which is important from a health and safety perspective.

In a traditional whole-grain cereal process, the combination of grain, malt and sugar creates a desirable golden colour in the finished product. In formulated, extruded cereals, however, the more extensive mixing stress may result in a dull, sometimes greyish, colour. The addition of a colouring ingredient can help to overcome this. However the lighter hues of caramel colour are a common solution because they are produced by caramelising sugars. These processes can be achieved by using the ‘Thermoglide Toaster’ after a light coating / glazing process.

An extruder consists of one or two screws that rotate in an enclosed barrel. The turning of the screw serves many functions: it mixes and shears the raw materials; it pressurises the product mass; and it moves the product along the length of the barrel to be extruded through a die of the desired shape.

The APV Baker solid barrel extruder is a multi-purpose extruder suitable for a wide variety of snack, cereal and other extruded products. The extruder has modular barrel design for simple removal of heating and cooling sections (for different product configuration) with a segmented agitator for a wide variety of screw configurations and flexible die design allowing a wide range of products to be made with only a few parts to change.

The APV Baker syrup preparation and coating system has an autofeed weighing and mixing system. This system feeds a skid-based syrup preparation system that dissolves the sugar granules (invert syrup or corn syrup) and incorporates cocoa or other
flavouring and colorant additives into the dissolved syrup before metering the syrup to a coating drum where it is sprayed onto the product that is being continuously fed into the drum. The coated product is discharged continuously onto the next piece of
process equipment, typically the conveyor band of a dryer.