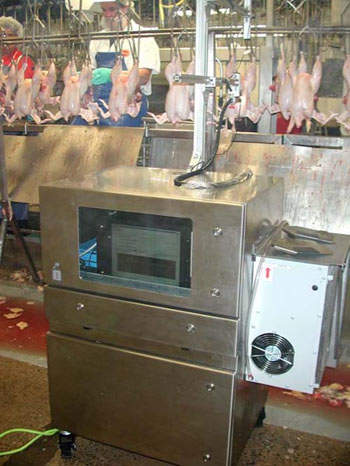 The equipment in the new plant is state-of-the-art. 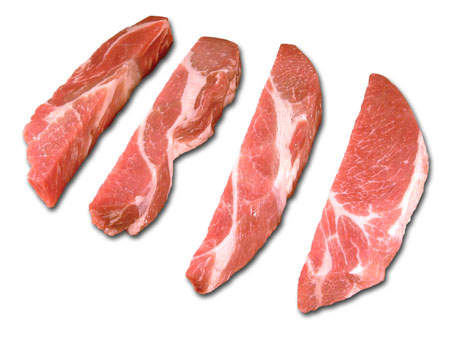 Organic pork is a large part of the production. 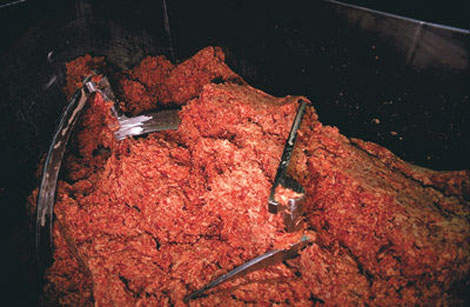 The plant also produces ground beef for the manufacture of ready meals. 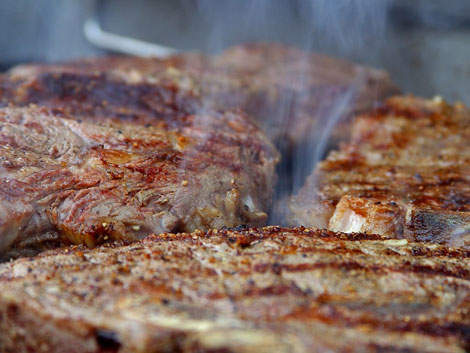 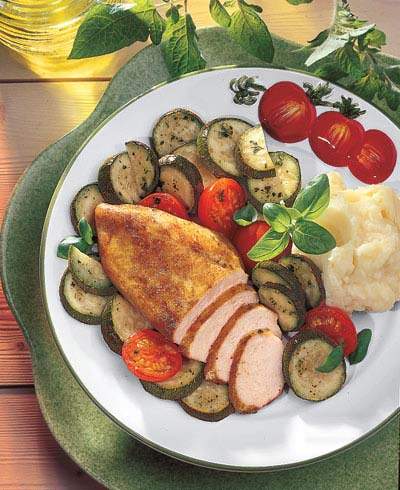 Chicken fillets and Chicken Kievs are also a large part of the production.

The Myronivsky meat processing plant, known under the subsidiary name of Lehko (organic products are marketed under this brand name), is one of the production departments of CJSC Myronivsky Khliboproduct, more well-known for the manufacturing of feeds and cereals and poultry processing. The new state-of-the-art plant is currently the largest Ukrainian semi-finished meat products enterprise and is the only one of its kind in the Ukraine.

The construction of the facility at one of the company’s farms was started in October 2004 and was completed by December 2005. The outfitting of the facility with manufacturing equipment was carried out during 2006 and production was started in March 2006. The facility was constructed on a 4.3 Hectare Greenfield site about 120km from Kiev and required an initial estimated investment of €17.8m. The demand for products from the factory immediately outstripped its production capacity and in February 2007 more processing capacity was added.

The factory was constructed and outfitted by Myronivsky Khliboproduct with support from the Dutch company CFS. In March 2006 the factory was equipped with five industrial lines with a general capacity of 120t per day. The production lines included ready product lines, raw product lines, marinated poultry manufacture lines, minced meat manufacture lines and prepared dinner lines. The facility manufactures convenience products from chicken, beef and pork using raw material which is sourced
exclusively from the farms of Myronivsky Khliboproduct; in particular, Agricultural LLC Druzhba Narodiv and the poultry farms Peremoga Nova and Oril-Leader.

The facility employs 179 workers. The opening of the plant in 2006 was a great success and immediately plans were made to expand. By February 2007 two new industrial lines were established at the plant, allowing an increase in capacity of up to 140–150t of convenience meat products per day. The product range is adjusted according to the demand from supermarkets and suppliers and, in the future, the product range of the plant could be expanded to 100 SKUs (stock keeping units). Future plans at the moment include the construction of new industrial workshops specialising in production for export.

The Myronivsky convenience food plant has a capacity of 140–150t per day and will increase production in the future up to 240t per day of packed poultry, pork, and red meat products. The products will be distributed within the Ukraine and sold under the Lehko brand name. The facility is now one of the most advanced in the meat packing/processing industry and was the result of a joint effort by Myronivsky Khliboproduct and the Dutch company CFS. Twenty four months of cooperation and teamwork between specialists from both companies finally resulted in a facility conforming to European and world standards/regulations for construction, safety, and hygiene. This will allow the plant to export products worldwide.

The project (completed with the expansion in February 2007) has included CFS equipment for the preparation and marinating lines, as well as five customised convenience food production lines – two for case ready, two for meal components, and one for ready meals. One fully automated case-ready line is used for processing and packaging of minced meat and burgers under modified atmosphere packaging (MAP). The second case-ready line produces and packages marinated chicken wings, legs, and fillets. This has enabled Myronivsky to bring the first MAP-certified Angus beef brand products to the Ukrainian market.

“Lehko products are made only from organic meat from the company farms using modern European techniques.”

One of the meal components lines is flexible in using innovative as well as traditional processes for fully cooked poultry products. These products are MAP packed in vertical packages or in trays. The second meal components line processes coated frozen chicken nuggets, schnitzels, hamburgers, and cutlets packaged into trays. The ready-meals line is for the production of different mixed component dishes from poultry and red meat. Specifications for all of the lines were defined by European and
worldwide regulations, and were then fully tested at the CFS technical centre in The Netherlands.

Lehko is an organic brand of convenience meat products in the Ukrainian market. The trademark includes products made from chicken, beef and pork. The products are made only from organic meat from the company farms using modern European techniques. The first Lehko products went on sale at the beginning of January 2006.

Myronivsky meat processing plant Lehko specialises in the manufacture of organic meat products. This is the only enterprise in Ukraine applying unique techniques to manufacture a large assortment of organic convenience meat products of high quality.