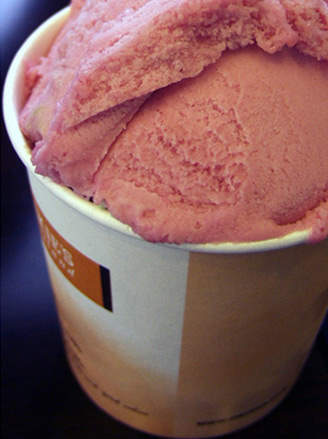 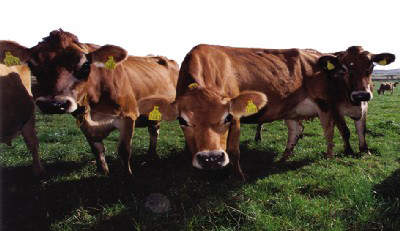 The Jersey herd is important to keep up the richness of the milk and cream used. 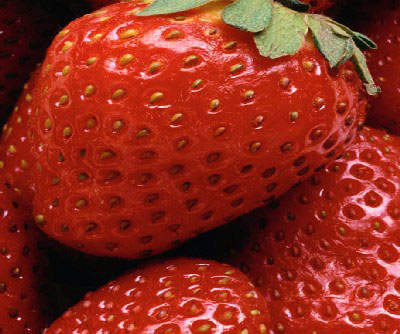 Only the finest strawberries are used in the strawberry flavour. 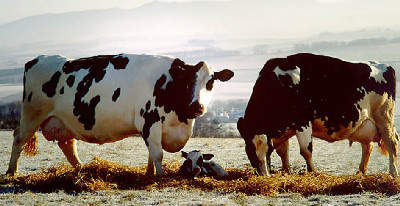 The Holstein herd at Mackie’s is also very important to produce enough milk to achieve production targets. In addition, the farm has supply agreements across Scotland. 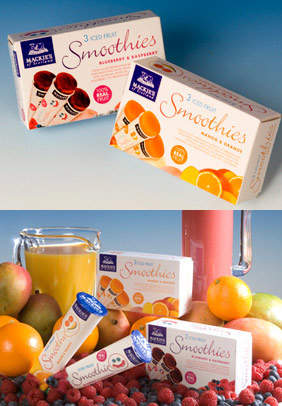 The company is about to launch a new product line, the frozen fruit smoothie.

In mid-2006 Mackie’s, the luxury ice cream maker in Scotland, placed an order for a new ice cream production line, worth in excess of £350,000, with dairy systems provider CPS (Carlisle Process Systems, now owned by Tetra Pak). Mackie’s is based in Aberdeenshire, Scotland on a large-scale dairy farm (500 Jersey and Holstein-Friesian cows) which provides a substantial quantity of the milk and cream for production.

The company, which produces a range of luxury flavours, has seen its production of ice cream triple over the past ten years. Because of this it needed to replace its existing equipment, which was struggling to cope with current production demands. The company’s ice cream is stocked in every major supermarket from ASDA to the local Co-op.

In addition to the Mackie’s own brand luxury ice cream range, the company also produces ice cream for leading high street retailers. This is an area of the business Mackie’s hopes to expand and it is forecasting a further 100% increase in sales in the next three years.

Mackie’s, which is a family run business, employs 65 staff and turns over £14m a year in retail sales.

In April 2006 CPS was contracted to design, manufacture, install and commission a bespoke semi-automatic mixing system, a pasteuriser and a chilling plant. The system design incorporated unique features such as automatic top filling of the ageing tanks and a mobile unit for small additions.

"The company has capitalised on the positive Korean demand for a fresh, natural ice cream from Scotland."

CPS had already worked for Mackie’s. In 2002 it designed, built and installed a milk chilling and routing system with storage tanks.

Mackie’s business is powered by a Vestas wind turbine (850kW with 1,600t carbon offset) and the target is to become completely self-sufficient in renewable energy. Summer 2006 saw an investment of over £1m in production equipment, which adds new capacity to fill different types of packaging and has increased overall volume capacity and speed of production.

Mackie’s now has some of the latest technology to assist in the mixing and filling process and in the new freezing area.

In 2009, Mackie’s launched a potato Crisp range under a joint venture with Taypack. The company supplies Mackie’s with 130,000t a year of cleaned and sorted potatoes.

In June 2010, Mackie’s Potato Crisps was named Product of the Year award in the 2010 Scotland Food & Drink Excellence Awards.

The system consists of a 45m turbine. The wind farm has a power production capacity of 2.5MW with each turbine capable of producing 850KW of power.

As part of its ongoing business plan Mackie’s expanded into the Korean retail market for their products. The company initially broke into the South Korea market in 2002 and the Korean partners established a new company, Mackie’s of Asia. This formed a link from which to target key Asian markets including Japan.

In May 2010, Mackie’s announced plans to sell its ice cream in China, including vanilla, honeycomb and raspberry ripple.

The company sells its special ‘Scottish Purity’ brand (introduced for more brand differentiation in Asian markets) in Korea and won an award for this at the Grampian Food Innovation awards in March 2006. The company had won a similar award for business innovation in 2005.

The company has capitalised very successfully on the positive Korean demand for a fresh, natural ice cream from Scotland, and now has 30 Mackie’s ice cream parlours established in prime retail locations all over Seoul and other South Korean cities.

In August 2011, Mackie’s entered into an agreement with a US agency to export their products to America. Before the export could commence, the US health officials in October 2011 asked Mackie’s to change the recipe of the company’s beef-flavoured crisps. The company was also asked to eliminate all traces of beef from their Aberdeen Angus crisps. Scottish crisps are banned in America over fears of mad cow disease.