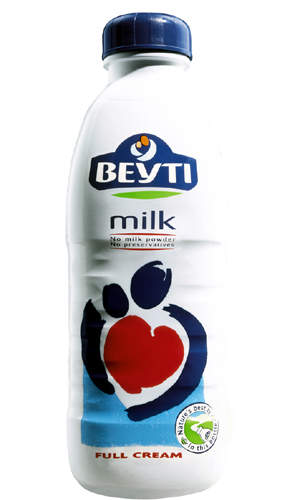 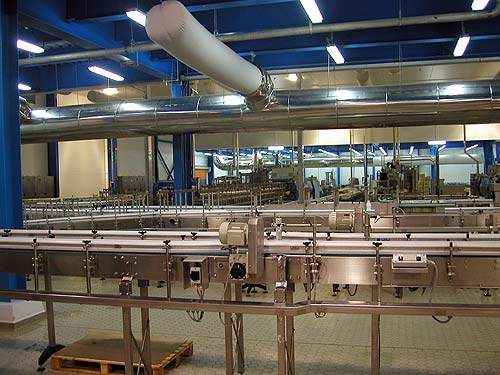 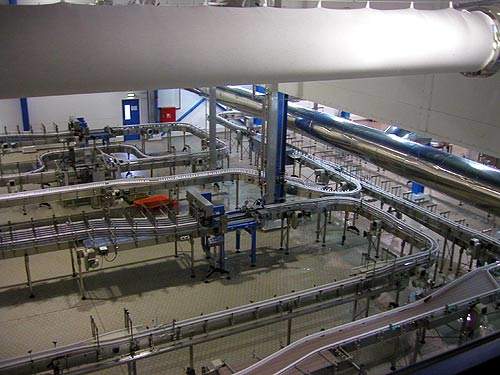 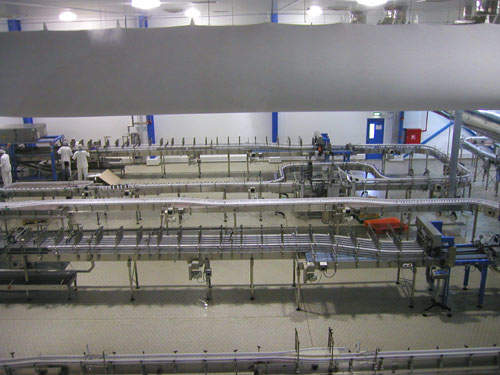 Staff working on the production line. 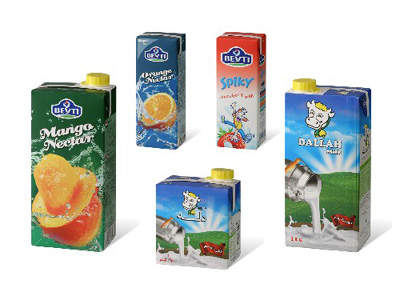 The range of nectars and juices packaged at the IGI Beyti plant in Noubaria.

IGI Beyti, the food and agricultural division of the Egyptian private investment company International Group for Investments,completed its new dairy in Noubaria, Egypt in 2002, going into full production during 2003.

Until IGI’s investment in the dairy, domestic milk in Egypt was sold by street vendors fresh from the pail and would need boiling at home before use. IGI’s investment in the greenfield site, costing over $50m, brought about a change in the Egyptian market. Beyti was first established in 1998 and now employs over 600 workers. The name Beyti translates into English as ‘Homemade’.

“Until IGI’s investment in the dairy, domestic milk in Egypt was sold by street vendors fresh from the pail and would need boiling at home before use.”

Milk is received at the plant through four lines. IGI uses suppliers from large dairies that are subject to a strict inspection regime. Each batch is routinely tested using the Charm MRL beta-lactam test (pioneered in Egypt by IGI) and IGI’s laboratories are set up with a leading range of diagnostic kit from suppliers such as Foss and Funke Gerber.

Up to 240,000l of raw milk can be held at the site at any one time, prior to being passed to a 15,000l/h GEA milk processing line with a separate cream heater. The processing line uses a Tetra Alfast installation from TetraPak to standardise fat content. Italian GEA subsidiary Niro Soavi supplied equipment for homogenisation.

From here, processed milk is passed to a tank store with a total capacity of 336,000l. A GEA Finnah UHT system is then available to process the milk or it can be passed to the yoghurt department. Processed milk destined for sale as long-life is passed through a tubular heater before being transferred to a GEA Asbofill aseptic installation (Asbofill was sold to SIG shortly after the completion of this contract and is now known as SIG Asbofill) via a sterile buffer tank.

As well as own-brand products the plant also has a Goavec-designed facility producing Yoplait stirred and set yoghurts under licence. A discrete Scanima unit dissolves dry additives including stabilisers and flavourings prior to their use in the yoghurt milk. Danish group Chr. Hansen supplies Direct Vat Set cultures to produce a range of different yoghurt styles. After mixing with flavourings, finished yoghurts pass through a GEA Finnah forming, filling and sealing machine capable of operating at a maximum rate of 18,000 cups per hour.

Beyti produces a range of blowformed HDPE in 250ml, 1,000ml and 1,500ml sizes, using fresh granulate from Solvay. Blown bottles arrive at the production line sealed and are opened with a knife blade. Excess material is passed back up the packaging line to IGI’s Techne blowmoulder to be reused in new bottles.

On arriving at the production line, bottles are H2O2 sterilised using an innovative ten-track Asbofill linear unit. After being filled the bottles are passed along a Krones conveyor and stamped with a UV code for internal tracking. The coded bottles are checked using a Krones Checkmate and any that fail to meet IGI’s standards are discarded before the batch passes on to the warehouse.

Secondary packaging is then carried out using equipment supplied by Kettner, Geysel and Krones. Palletising is carried out manually in the warehouse where a Franpack shrink wrapper is used to prepare the full pallets for transport.

In June 2007 Beyti started to change over to aseptic carton packs from SIG Combibloc with the new screw cap combiSwift. The new cartons are now available in Egypt on Beyti-brand fruit nectars (in mango, guava, cocktail, apple, pineapple and orange varieties) and also for ‘Dallah’ (combiblocSlimline) and ‘Spiky’ (250ml combiblocMini in strawberry, banana and chocolate) UHT milk products. With an internal diameter of 18mm, combiSwift is a handy, flat opening system for liquid dairy products, and for fruit juices and other non-carbonated beverages.

“In June 2007 Beyti started to change over to aseptic carton packs from SIG Combibloc with the new screw cap combiSwift.”

Until now, Beyti has been manufacturing solely for the milk and dairy products sectors using only HDPE bottles. The company is now also turning its hand to fruit nectars. ‘Beyti’-brand nectars will now be offered in combiblocSlimline 1,000ml and the handy single-serve combiblocMini 250ml carton pack with drinking straw.

The superior opening behaviour of combiSwift is based on a new technology. The three-part screw cap is applied over a pre-coated hole. Before the unprocessed cardboard is coated with aluminium and polyethylene, holes of the exact size are punched in the carton at SIG Combibloc’s packaging material plants.

After the product has been filled into the carton by the manufacturer, the combiSwift opening system is applied over the pre-coated hole. combiSwift consists of a flange with integrated cutting ring, plus a screw cap. combiSwift is fitted with a three-way tamper-evident guarantee, which indicates at a glance whether the package still has its original seal. To re-close, the cap is simply screwed back on, guaranteeing that the package remains leak-proof.

IGI chose GEA Process Technologies, Ireland, (a division of Germany’s GEA Tuchenhagen) to lead the project under a $26.2m turnkey deal. The site chosen for the dairy was about 70km from Alexandria and 150km from Cairo on the main highway linking the cities, is deep in the desert but had good access to water from the Alexandria Canal.

Of the $26.2m contract, $10m was spent on processing, $9m on packaging and the remaining $7m split between utilities and construction management. Including other costs, such as shipping equipment from overseas suppliers, the final cost of the processing plant came to $85m.