Ministry of Agriculture and Fisheries 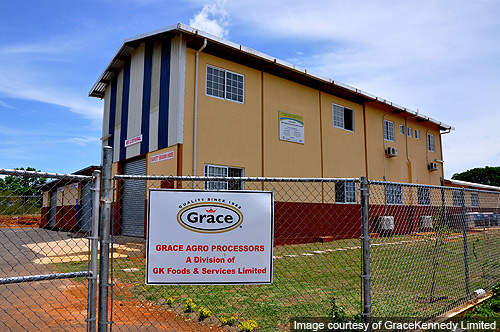 In July 2011, GraceKennedy opened a new post harvest processing and packaging facility in Hounslow, in the St. Elizabeth parish of Jamaica. 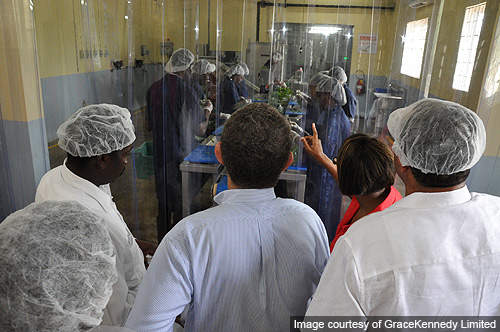 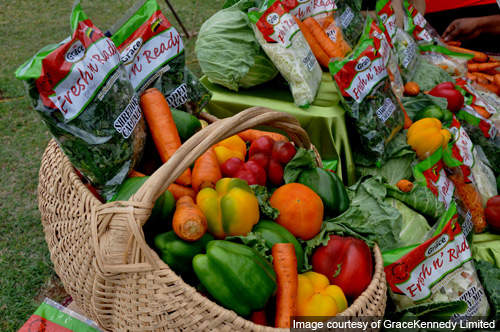 In September 2010 GK Foods &amp; Services, a subsidiary of GraceKennedy, leased the plant for ten years from the government with an option to renew. 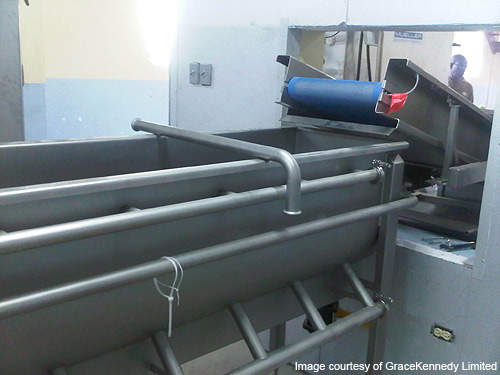 Hounslow has one of the largest irrigation facilities and the most fertile lands in Jamaica. 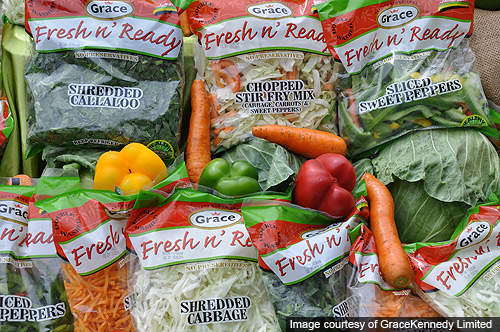 The post harvest and packaging plant is located at Hounslow in the southwest region of the agricultural belt of St. Elizabeth.

In July 2011, GraceKennedy opened a new post harvest processing and packaging facility in Hounslow, in the St. Elizabeth parish of Jamaica. The facility is equipped with production, processing, packaging and distribution facilities for fresh vegetables and tubers.

The J$49m (approximately $560,000) Hounslow facility is owned by the Ministry of Agriculture and Fisheries.

It was built as part of a larger programme called improving Jamaica’s agricultural productivity (IJAP) in 2010.

In September 2010 GK Foods & Services, a subsidiary of GraceKennedy, leased the plant for ten years from the government with an option to renew.

The company also invested about J$43m (approximately $500,000) for renovating and outfitting the equipment. The plant currently employs 26 people with a scope to increase the workforce to 30.

“Hounslow has one of the largest irrigation facilities and the most fertile lands in Jamaica.”

The facility is expected to generate about J$450m (approximately $5m) in the first two years of operation.

The absence of proper post harvesting management caused losses of up to J$5m a year to the farmers, according to the Minister of Agriculture and Fisheries.

The new plant will act as a catalyst and help the development of an agro-industrial park in the region.

Hounslow has one of the largest irrigation facilities and the most fertile lands in Jamaica. The post harvest and packaging plant is located at Hounslow in the southwest region of the agricultural belt of St. Elizabeth.

It is the central part of a post-harvest cluster developed on about 3,500-acre farmland. The site also has a greenhouse, research and demonstration centre.

The Hounslow facility has about 8,800ft² of production and packaging space. GraceKennedy has invested in packaging machinery, processing equipment and storage facilities.

It is also equipped with three chill rooms of about 1,400ft² in total to hold finished product and one chill room to temporarily hold and cool the incoming produce.

After the produce has been prepared for slicing, the further process is largely automated until the product is packaged and weighed at the pack tables.

The wash tanks are designed to provide effective dirt removal and adjustable residence time within a compact space. Each wash unit allows the product to travel along a spiral versus linear water path, which means each piece of product undergoes a very thorough wash and gets full contact with the chilled water during processing. The unique design results in getting a 42ft wash path for a product, in a tank measuring just 13ft.

Processing at the harvesting and packaging facility in Hounslow

All produce entering the facility is thoroughly inspected prior to acceptance for processing. Then it is pre-washed, trimmed, prepped and sliced as required. The sliced produce goes through a double wash system using chilled water.

During this process, the produce is also sanitised using a food safe antimicrobial agent. The double washed produce is thoroughly dried, weighed and packaged.

The batch code is printed on each bag and each bag is then put through a metal detector, boxed and placed in chill storage, allowing fresh supplies to the market.

Capacity at the plant

The plant will process and pack a number of varieties of shredded vegetables and stir fry mix under the brand name Grace Fresh n’ Ready. It currently sells cabbage, stir fry, sweet peppers, lettuce, carrots and callaloo in 10oz packs. They are distributed across Jamaica through about 30 local supermarkets.

GK Foods will offer Irish potatoes, sweet potatoes and onions in the near future. The produce will also be offered in 2.5kg packages and sold to the food service and hospitality industries.

GK Foods has made contractual agreements with 17 local farmers for continuous supply of vegetables to the plant. The company currently purchases about 7,260kg of produce a week. At full capacity, the plant can process about one million kg of produce each year.

Contractors involved in the Jamaican project

GraceKennedy, through one of its divisions called Agro-Grace, provides technical advice, trains and supports the contractual farmers along with offering discounts on seeds and pesticides.

The IJAP is funded by the Canadian International Development Agency (CIDA) in partnership with the Government of Jamaica and the Inter-American Institute for Cooperation on Agriculture (IICA).

The three year IJAP project (2008-11) is aimed to improve Jamaica’s agricultural productivity through the expansion of the greenhouse sub-sector complemented by an increase in post harvest management of domestic agriculture.

It is also aimed at encouraging sustainable management of marine fisheries and modern technologies through infrastructural upgrade of six fishing beaches and increasing the capacity.