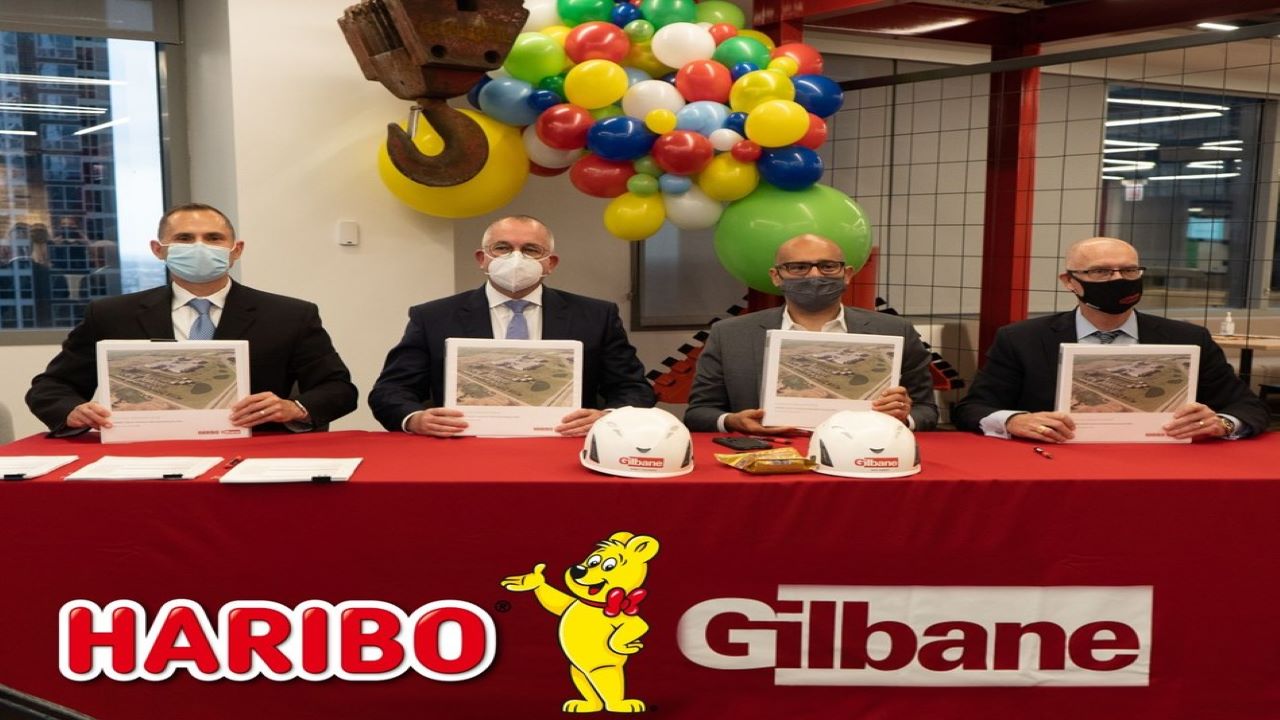 HARIBO announced Gilbane Building Company as the general contractor for the Pleasant Prairie project in October 2020. Image courtesy of HARIBO. 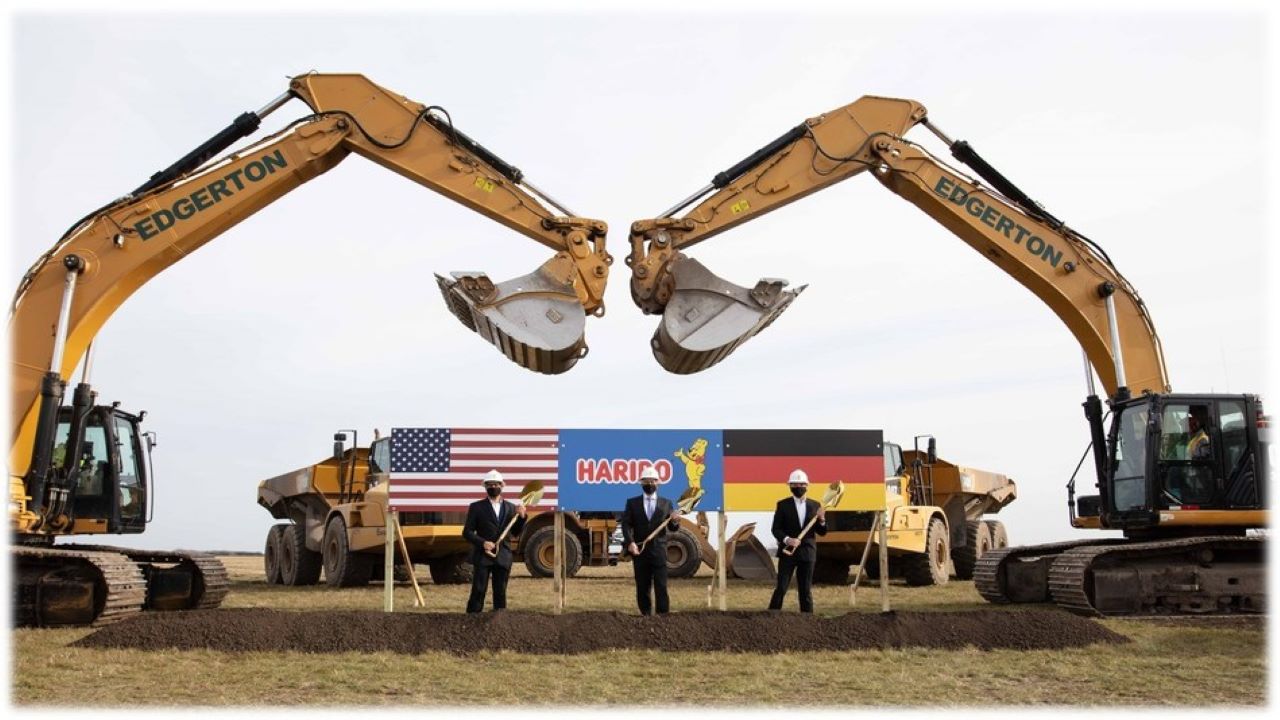 The groundbreaking ceremony for the Pleasant Prairie gummi production facility was held in December 2020. Image courtesy of HARIBO. 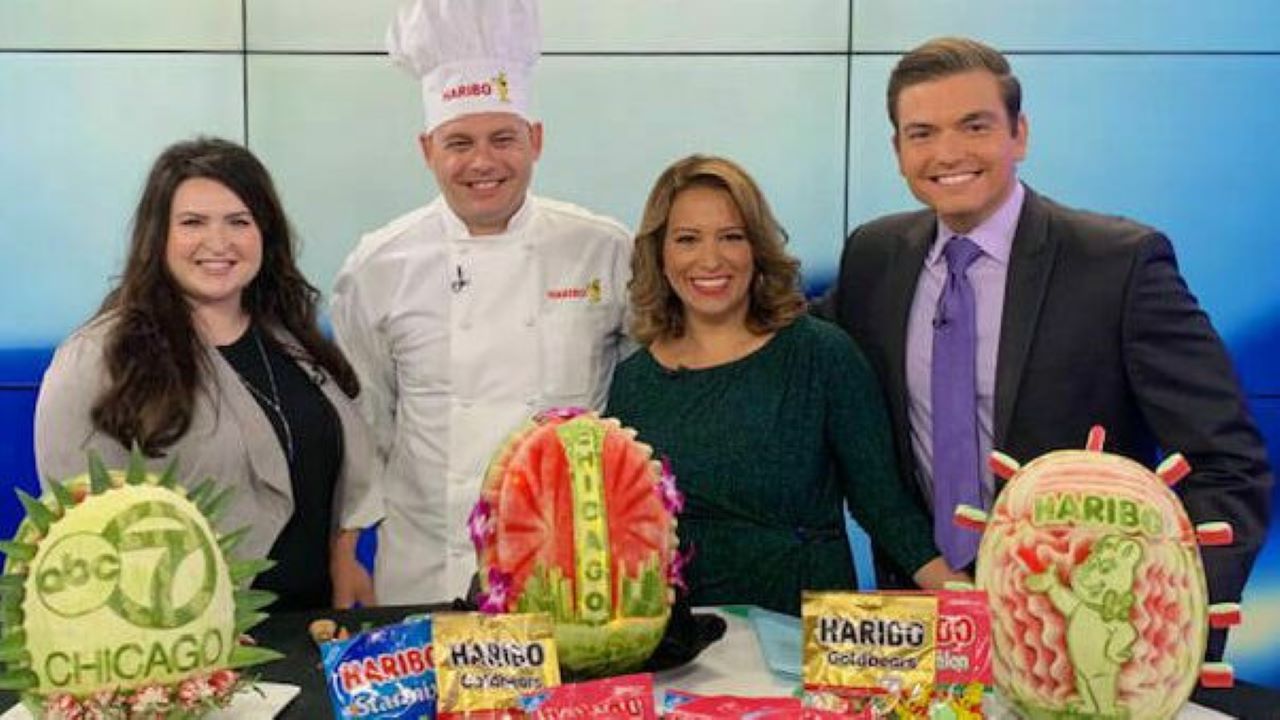 The plant will be built in a phased manner with an estimated investment of $300m. Plans for the site were announced in March 2017 and its ground-breaking ceremony was held in December 2020, coinciding with Haribo’s 100th anniversary. The grading and site works were carried out a few weeks before the start of construction.

The project will create 385 direct jobs in the first phase of construction and up to 4,200 indirect jobs once fully operational. Production at the facility is expected to begin by 2023.

Haribo’s manufacturing facility is being built on a 136.8-acre site at the corner of 120th Avenue at West Frontage Road and CTH C at Wilmot Road in the Prairie Highlands Corporate Park in Pleasant Prairie, Kenosha County.

The preliminary site and operational plans for the project were considered and approved by the Pleasant Prairie Plan Commission in May 2019. The property acquisition for the project was finalised last February. The final site and operational plans for phase one were conditionally approved by the Plan Commission in May.

Details about the facility

The project involves the construction of a state-of-the-art production facility, a warehouse, an administrative building, a day care centre, a fitness building, a museum, a retail store, and a gatehouse for truck traffic and utility buildings.

Phase one of construction will include a 487,400ft², three-storey production building with a two-storey administrative building extension. A single-storey 87,866ft² warehouse building, which will be connected to the production facility through a 475ft passageway, will also be built.

The facility will adopt the latest technology for the optimisation of overall quality and productivity. It will initially produce Goldbears gummy bears and will later manufacture more customer favourites.

The plant will allow Haribo to expand its global manufacturing network while offering faster and more efficient delivery of fan favourite products.

Gilbane Building Company is the general contractor for Haribo’s Pleasant Prairie facility and will handle all construction and worksite management.

Headquartered in Grafshaft, Germany, Haribo was established in 1920 by Hans Riegel. It is one of the leading confectionery brands in the US.

Haribo produces gummy products at its 16 production sites located across ten countries. With a workforce of approximately 7,000, the company produces 100 million Goldbears a day.