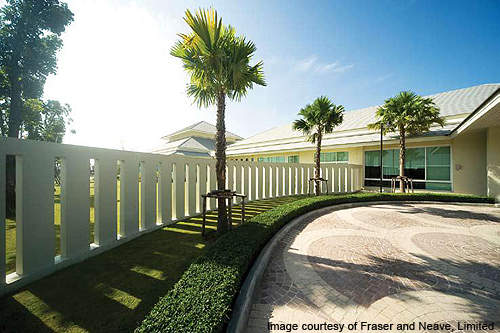 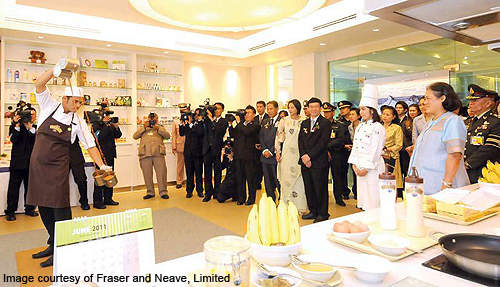 Built under the project called F&amp;N Pindah, the plant is operated by F&amp;N Dairies (Thailand), one of the leading producers of food and beverage products in Thailand and Indochina. 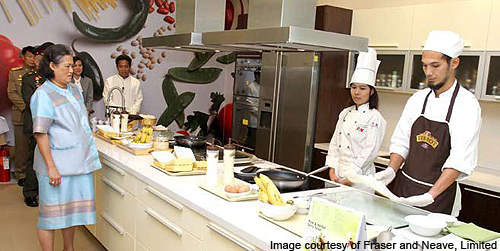 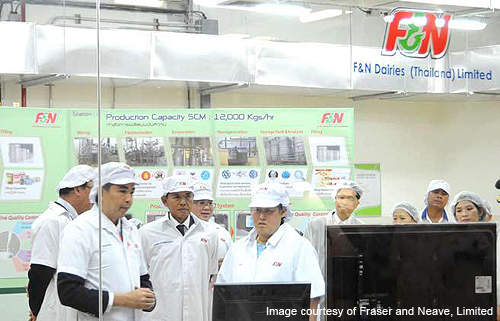 The opening ceremony was attended by Her Royal Highness Princess Maha Chakri Sirindhorn of Thailand.

Built under the project called F&N Pindah, the plant is operated by F&N Dairies (Thailand), one of the leading producers of food and beverage products in Thailand and Indochina.

The world-class Rojana factory is the largest canned liquid milk plant of F&N Dairies (Thailand). The project is estimated to have cost S$110m ($90m).

Construction began in June 2008 and took about one year to complete. It was completed under budget. The plant became operational in September 2009.

Capacity of the canned milk plant

“The Rojana plant is designed to produce 3.5 million cans a day.”

The Rojana canned milk plant is designed with a capacity to produce about 3.5 million cans a day.

Its annual production capacity is 24 million cases per annum, making it the largest of its kind in the region.

It will supply about 200 million consumers in Indochina and Thailand with exports planned to the Middle East, Indonesia and Africa.

Site of the new Fraser and Neave facility

The plant is located at Rojana Industrial Park Zone II in the Uthai District of Phra Nakhon Si Ayutthaya Province. It is about 70km north of Bangkok. The factory has more than 45,000m² of usable space built on a 23-acre greenfield site. The industrial complex consists of both production and non-production buildings. The plant is also integrated to a can manufacturing plant and warehouse distribution facility, which reduces logistics cost.

The liquid milk products plant is designed to meet the stringent food safety standards in the industry. The plant incorporates latest technologies and complete automation for efficient production. It has world-class production line and a computerised quality management system. All the dairy production processes are monitored through dedicated resources to produce nutritious products. The dairy is equipped with F&N Nexus II system and machines from Europe.

The plant also incorporates several green features such as safe disposal of the wastes in the Rojana Industrial Park, a wastewater treatment plant with 1,000m³ a day capacity, and low water and power consumption.

The design features of Rojana plant will be incorporated in a new S$150m dairy plant being constructed in Pulau Indah, Selangor, Malaysia by F&N Dairies Malaysia. When it is completed in December 2011, the F&N Dairies division will become the largest canned milk producer in the world.

Processing milk at the plant

About 140 million tons of raw milk is supplied to the Rojana factory every day from seven dairy co-operatives in the central region. Strict inspection of the milk is carried out before the heat treatment process to preserve the taste and quality of fresh milk.

The design, construction supervision and project management services for the plant were provided by Chuchawal Royal Haskoning.

“Built under the project called F&N Pindah, the plant is operated by F&N Dairies.”

The company has invested in another plant in Malaysia to meet the continuous growing demand for its products. The projects are in line with F&N’s long-term strategy to become the largest canned milk supplier in the Asia-Pacific region.

F&N is also establishing similar large-scale dairy factories in Cambodia and Vietnam to meet the growing demand in the regions.