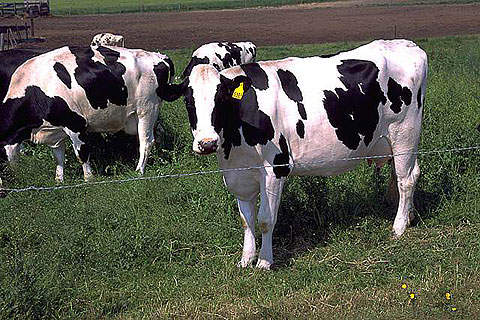 The area was expecting a boom in milk production up to 2013 and extra milk processing capacity would be required.

Fonterra has several plants in New Zealand and by the time this project was completed, owned two of the largest milk powder production plants in the world. 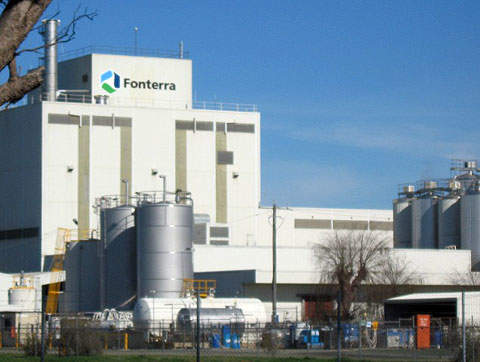 The new milk powder drier tower plan was passed by Southland District Council in contravention of its own regulations but WAS subject to strict environmental regulation.

The farms previously producing lamb are now moving over to milk production because there are better margins.

Fonterra Cooperative Group is New Zealand’s largest company by turnover and is owned by around 11,000 farmers throughout New Zealand. It is the sixth-largest dairy company in the world, Fonterra processing about 70 million litres of milk per day and handling over a third of all international dairy trade.

The company operates one of the largest milk powder plants in the world at Clandeboye, along with milk powder processing plants in Whareroa, south Taranaki, and in Edendale, Southland.

In January 2008 a major expansion project for the Edendale milk powder plant was announced to increase its output capacity by about 40% by installing a drying tower and associated equipment. Following a NZ$212m investment, the site’s processing capacity was increased from 10.6 million litres of milk per day to over 15 million litres. The plant was completed in September 2009.

The milk dryer is one of the largest powder plants in the world and is able to produce 28t of milk powder per hour."

The milk dryer is one of the largest powder plants in the world and is able to produce 28t of milk powder per hour. The council committee placed 16 conditions on the consent, which included keeping noise levels below 50 dBA between 7am and 10pm and 45 dBA for the rest of the time. Fonterra paid the council about $424,000, equivalent to 0.20% of the value of the development.

The contract to design and build the Edendale latest milk drier, which was lauded as one of the world’s largest, was awarded to Ebert Construction by Fonterra and Tetra Pak (New Zealand) (Partner). The $36m design and construction project started in May 2008 its central feature is a 56m-tall milk powder drying tower, which has a total floor area of 6,176m² and a total building volume of 61,833 m³.

"The milk powder produced from the plant expansion is shipped out of Port Chalmers to go to the general export market."

The four milk driers consisting of three Niro multi-stage driers and a stalk-nozzle drier have a peak processing capacity of 1,500 tonnes per day. The plant also features two cream plants AMF1 and AMF2, which produce 9,000 tonnes of anhydrous milk fat (AMF) per month.

The commissioning of fourth drier, ED4, in September 2009 improved the efficiency and quality of the plant.

The structure is predominately made of precast concrete panels with suspended concrete floors and steel platforms. The works also included a Bin Room, Packing Room, Day Store, siteworks, and alterations/additions to the existing Drier 3 control room and infrastructure.

The main process contractor for the project was Downer MBL, the engineers were Stiles and Hooker and the architect was Dickson Lonergan. The Edendale site remained fully operational throughout the 17 month-long project. The milk powder produced from the plant expansion is shipped out of Port Chalmers to go to the general export market.