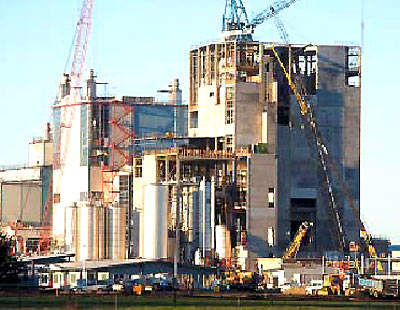 Fonterra Cooperative Group Ltd is generated 20% of all New Zealand exports in 2003 and was responsible for 96% of New Zealand's milk production. 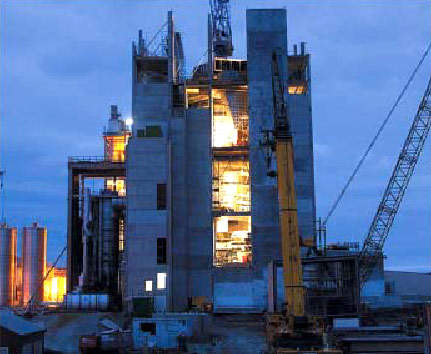 The new milk drier, which is one of the largest worldwide, was constructed because of a need for extra capacity to satisfy the additional demand from the consumer market. 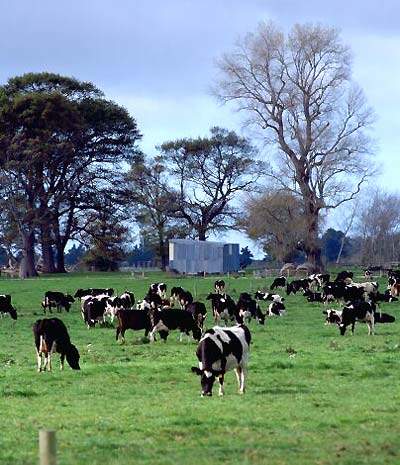 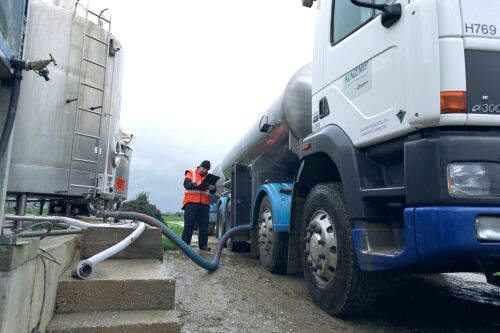 Fonterra milk being collected from the farmer by tanker. 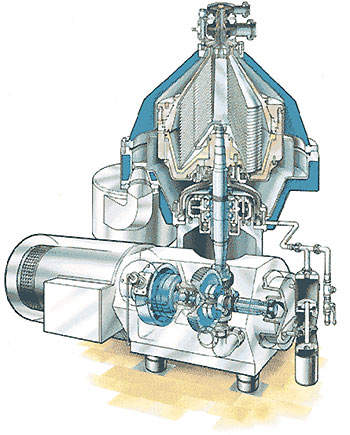 Tetra Pak 818 separators are used at the dairy processing plant. 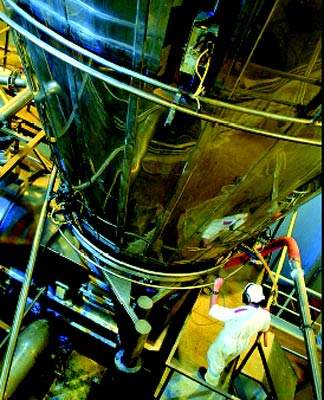 The Clandeboye facility is now the largest milk powder producing facility in the world.

Fonterra Cooperative Group Ltd is a dairy cooperative which first formed in 2001. It is owned by over 13,900 New Zealand dairy farmers, with over 3.5 million cows. The company had a turnover of over NZ$11.8bn in 2003, which generated 20% of all New Zealand exports and was responsible for 96% of New Zealand’s milk production. The agricultural sector, particularly the dairy industry, is showing strong economic growth in New Zealand.

Fonterra is currently in a state of expansion, with a number of capital projects underway. One of the largest of these is at the Clandeboye facility in South Canterbury, New Zealand, where the construction of a new milk powder drier, which was ordered in August 2003, was completed following commissioning in the final quarter of 2004. The decision to site the new drier at the Clandeboye plant was taken since a region was required where the milk supply could satisfy the new drier capacity without significantly increasing transportation costs.

Forecasts showed milk volumes in the Canterbury area growing by about 6% a year over the five years following the installation of the new drier. The project required an investment of over NZ$150m and has increased the Clandeboye facility’s processing capacity from 9 to 11 million litres per day. The new milk drier, which is one of the largest worldwide, was constructed because of a need for extra capacity to satisfy the additional demand from the consumer market. The Clandeboye facility is now the largest milk powder producing facility in the world. The completion of the drier has created 25 new permanent positions at the plant.

To accommodate the volume of milk powder produced at the Clandeboye facility, Fonterra contracted with PrimePort to store milk powder products at a new facility situated in the Timaru port area. Building of the new large-scale dry dairy products store got underway in 2003 and was completed in time for the first production from the new drier.

The 15,000m² facility is known as the PrimePort Beach Store and was built on previously vacant undeveloped port land at South Beach. The store was constructed in three stages of 5000m² each and was finally completed in March 2004. The store is capable of holding up to 24,000t of milk powder products. The storage project is backed by a long-term service contract with Fonterra Clandeboye dairy plant.

The contract (design, build and commission) for the construction and installation of Clandeboye Drier 3 and facilities was awarded to Downer MBL (process engineers), a subsidiary of Downer EDI Ltd, in conjunction with Carlisle Process Systems (CPS) of the Netherlands. The scope of the project involved the installation of milk treatment, standardisation, evaporation, spray drying and packaging facilities. The construction of new buildings was contracted to Works Infrastructure Ltd and subsequently subcontracted to Downer MBL.

The process plant consists of Tetra Pak 818 separators, three Stork falling film evaporators (which allow continuous operation) and a Stork wide body drier with the required well-mix and shaking beds. In addition there are three 150m³ storage silos for the milk powder from which the product is gas flushed to two Avapac 1800 packers and finally palletised.

The design of the drier was based upon two existing Fonterra driers at the Te Rapa D5 and Whareroa P5 sites, which have the ability to operate by cycling the evaporators and the concentrate system to provide the exact specification of milk powder required. The drier has the ability to process 3,700m³ of milk per day.

Drier 3 also required two more 40MW boilers to add to the existing four at the site, giving the facility over 240MW of energy and up to 240t/hr of steam for commercial production. The contract was awarded to Easteel who subcontracted Detroit Stoker Company for the supply of the grate and coal distributors. Detroit used their new Underthrow distributor which is a new technology developed specifically for high volume fines, typical of the coal supplied.

Brightwater Engineers were subcontracted by Easteel to supply a new coal handling facility. This included a 300m³ underground coal reception, 60t/hr conveyors and 160t/d hoppers for the boilers. With emissions control becoming ever more stringent, the boilers at Clandeboye required full baghouses to meet the 30mg/g regulations. Ipsco were subcontracted to supply the baghouses and fans for the project.