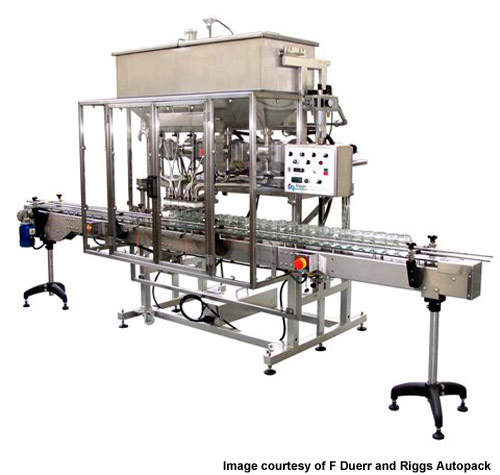 F Duerr is one of the best-known UK brands for preserves. 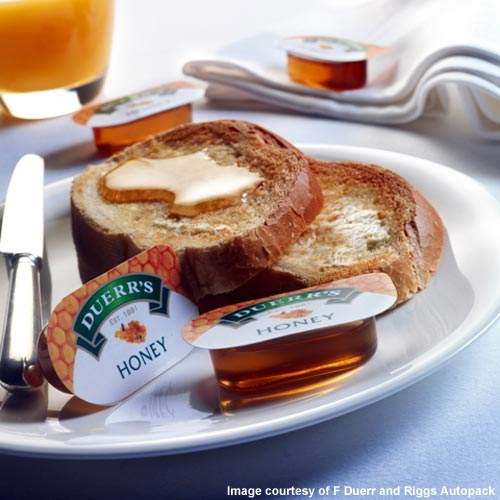 Honey is a new area for Duerr; the company has also launched a new marmalade containing a honey full of antioxidants. 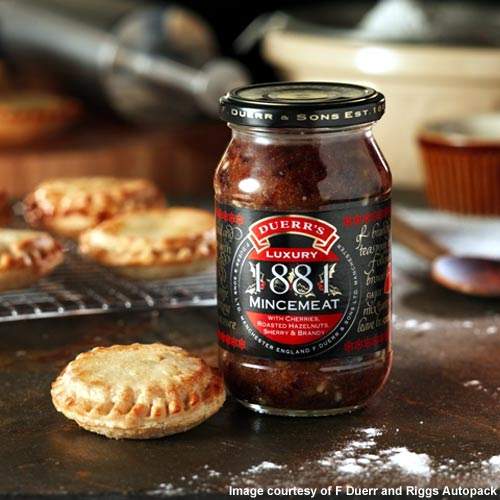 Riggs Autopack had worked with Deurr for previous lines but this is the first fully automatic line for the company. 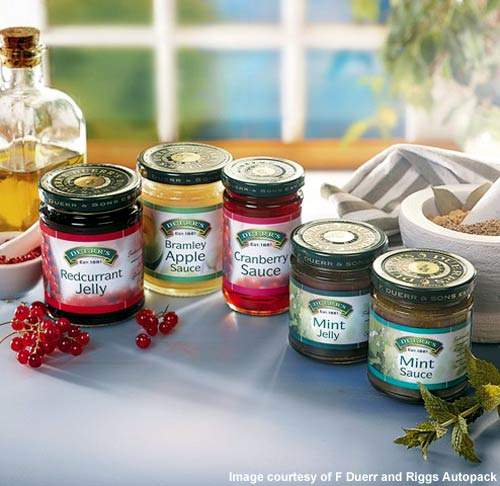 F Duerr is one of the UK’s best-known brand names for jams, preserves, fruit fillings, peanut butter, marmalade and condiments. The company, based in the Manchester region, has been in business for over 125 years and has built a reputation based on quality, technology and a diverse range of products.

The company pioneered vacuum sealing and introduced tamper-evident button caps and shrink wrap sealing and was also one of the first companies to introduce Amcor ‘Tearstick’ squeezies for jam.

The company has two production facilities, one in Old Trafford and a second 70,000ft² warehouse and factory at Wythenshawe. A variety of packaging formats are used at the plant including glass jars in sizes from 25g to 908g, portions in 14g and 20g, sticks (15g), tubs from 1kg to 25kg, cryovac bags in 6kg and 10kg and also bulk containers of 250kg to 1,000kg.

In September 2007 Duerr invested around £1m in product diversification. Part of this involved the company moving into the new area of marketing honey in convenient squeeze down PET bottles and jars. Another new honey product was the launch of a new marmalade containing Manuka honey, which includes high levels of antioxidants, for the premium and health food end of the market.

In September 2006, to celebrate its 125th anniversary, the company produced a special edition Fine Cut Seville Orange Marmalade with vintage Dalmore 62 whisky from Whyte & Mackay (valued at £32,000 per bottle), with a splash of Pol Roger Cuvée Sir Winston Churchill 1996 vintage champagne and garnished with flakes of 24-carat gold leaf. The marmalade in a custom-made crystal jar costs £1,100.

Riggs Autopack was asked by F Duerr to help develop a new honey filling line for them. Duerr had used Riggs’ equipment before and it was also recommended by a third party for this application. The company was well used to handling high viscosity products as the majority of their products are semi-solid jellies and jams.

Riggs Autopack was able to supply a new four-head fully automatic Model 1000 filling machine with a customised filling valve for filling the PET squeeze down bottle format which was being introduced for honey. The machine can fill both clear and set honey into the glass jars and PET bottles at a rate of 80 jars per minute and 60 PET bottles per minute.

The new filling machine was the first fully automatic machine that Duerr had purchased from Riggs and although there were some initial problems the honey filling trials were a success and the machine functions well.

The four-head Model 1000 machine supplied can actually fill clear and set honey at speeds of up to 100 jars per minute and also has easy height adjustment and set up for different jar sizes and formats. The jars are coded using Imaje UK Ltd S4 Plus ink-jet printers with fast-drying 5144 ink.