May 2005, new expansion in late 2006 with a seventh production line 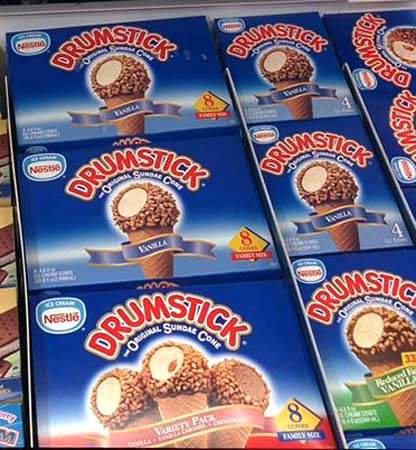 Dreyer's Grand is expanding its ice cream manufacturing facility at Bakersfield to increase production of items such as Nestl&#233; Drumsticks. 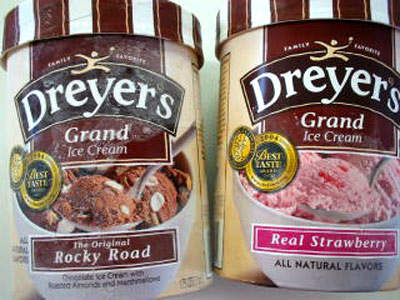 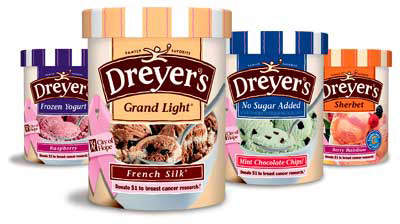 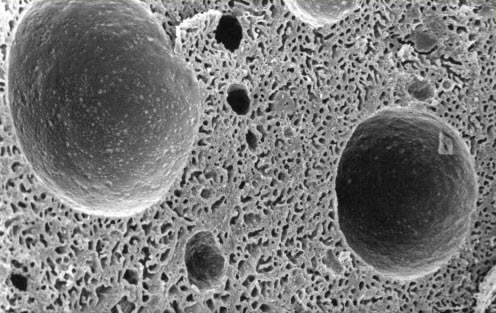 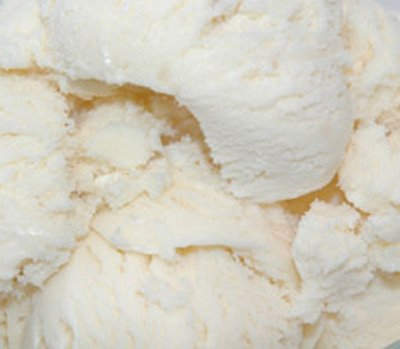 The creaminess and texture of the slow churned Dreyer's product has taken the low-fat ice cream market by storm.

In June 2003, Dreyer’s acquired the Nestlé Ice Cream Company in a deal worth $2.8bn. The acquisition brought the total number of Dreyers’ manufacturing facilities to eight, adding three new plants to the previous five. Four of the eight plants are in
California – Union City, Bakersfield, Tulare and City of Commerce.

Dreyer’s obtained control of the Nestlé ice cream business in the US in exchange for 55 million class B shares in the newly formed holding company Dreyer’s Grand Ice Cream Holdings Inc. This effectively meant that Nestlé had control of 67% of the combined company.

In January 2006 Dreyer’s became the US ice cream subsidiary of Nestlé and was no longer a publicly traded company. Nestlé is now the world’s largest ice cream maker with a market share worldwide of 17.5%.

The Bakersfield plant, which employs 450 personnel, was first built in 1988 and is now at the centre of a consolidation of manufacturing operations for Dreyer’s. Dreyer’s closed the manufacturing operation in Union City in the first
quarter of 2004 (with the loss of 221 employees, relocation offered to 75) and instigated a ²100m expansion programme for the Bakersfield site.

Dreyer’s decided that it was economically unfeasible to support four plants in California and that they needed to expand and consolidate around one site; the Union City site could offer no additional acreage for expansion and so lost out to the larger
Bakersfield site (47 acre).

DESIGN OF THE NEW FACILITIES

The design for the expansion was chosen in December 2003, ground breaking occurred in May 2004 and completion of the expansion project was expected by July 2005, but was actually completed during May 2005 (two months ahead of schedule). The expansion added 400,000ft² (36,000m³) of space for a 120,000ft² -20°F freezer ice cream warehouse and six ice cream production lines.

The facility also included a 20-door shipping dock, a new technical centre including research and development facilities, a pilot plant for flavour development, laboratories and prep kitchens. The new expansion currently allows the facility to produce an additional 70 million gallons (372 million litres) of ice cream products per year in addition to the other frozen products. The addition of a seventh production line occured during 2006, which takes production to over 90 million gallons per year.

Breddo Likwifier provided high shear mixers for the plant. Huhtamaki packaging machines are used to form the 56 ounce cartons to package a range of Dreyer’s ice cream products. Carlson Engineering is an automation and control company that provided custom software for the control and cleaning of each of the plants production lines. Osgood Industries improved the design of the facility’s rotary fillers to allow continuous carton filling.

The facility also has three 25ft diameter spiral -35ºF freezers for hardening the ice cream products prior to packaging and 15 other freezers for various purposes, which use ammonia supplied from an on-site 103,000lb capacity tank. The Stellar Group was the refrigeration contractor for the plant.

Dreyers’ new 68,000ft² technical centre is a great asset in the development of new products such as their new slow churned light ice cream which uses a proprietary technology to produce half fat ice cream with all the taste and texture of the full fat product. Another recently released product is the ‘Dreyer’s Dibs’ line, which are bite sized chocolate coated ice cream snacks in various flavours including mint, vanilla, chocolate, vanilla with Nestle candy crunch coating.

The Dibs product had sales of over $40m in the first six months of 2005. The mini pilot plant outputs 15 gallons of product per hour during development of new products but is capable of 300 gallons an hour if required. The centre has 70 dedicated researchers and technical staff including a seven-member team of process engineers and food scientists that serve Nestlé operations throughout the US.

In 2004 Dreyer’s and Nestlé introduced a new technology to ice cream manufacture called low temperature extrusion (Dreyer’s slow churning). The application of this technology allows ice cream to be made with much smaller ice crystals and lower sized fat globules and air cells in its structure. Ice cream is just ice, fat and air; the way these three interact makes the ice cream good or bad.

The advantages of the methodology is that ice creams can be manufactured that are low in fat (1/3 fewer calories and half the fat) while having the creaminess and texture as well as taste of the full fat conventional product. In addition, there is no additional hard freezing stage after the extrusion process, as this would make the ice crystals larger. The ice cream is packaged and stored prior to shipping.

The technology has been successfully applied and the products, available in both tub and bar formats, have had an excellent reception in the market. Dreyer’s also produces a range of low sugar ice cream and frozen yoghurt in its healthy ice cream range.

The current facility has 250,000ft² (22,500m³) of floor space and can produce 98 million 12-unit packages of frozen products per year. Dreyer’s increased the workforce by 250 employees on completion of the project, some of whom were relocated from the closed Union City facility.

The facility expansion has had the effect of boosting the local economy of Bakersfield and surrounding areas by $55m. City and county officials have made the Bakersfield site more attractive by extending their ‘Enterprise Zone’ to include the plant, enabling the Dreyer’s plant to claim tax credits over the next two years from the State of California if they employ workers from areas of high unemployment or from job training programmes.