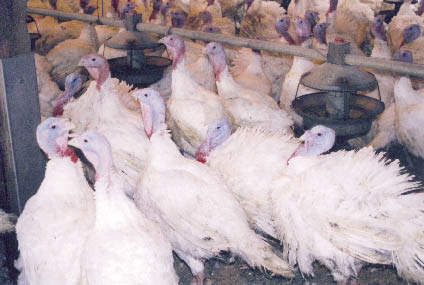 The Hutterite turkey growers needed to process their own birds to make a bigger profit. 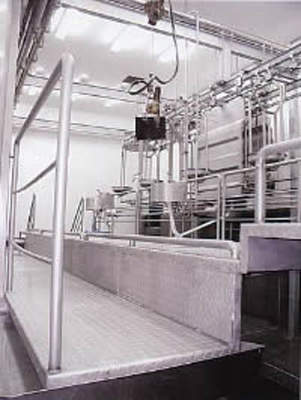 Processing equipment at the Dakota plant. 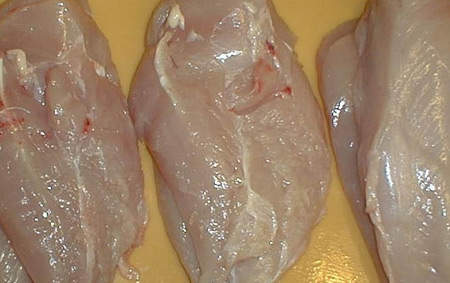 The Dakota plant will produce about 30&#37; raw meat in full production. 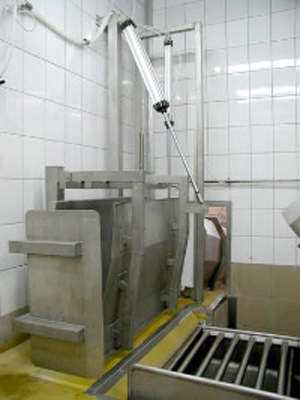 Part of the equipment to dispose of the offal following evisceration. 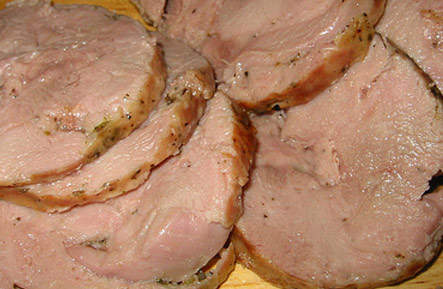 Part of the plant will produce ready cooked meat for slicing at deli counters. 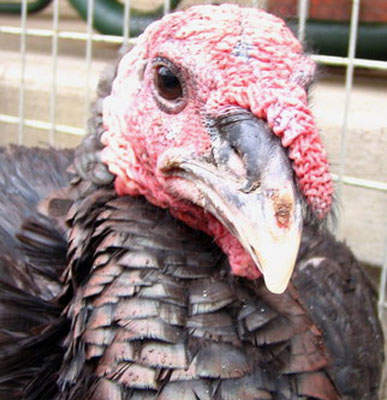 A turkey raised in South Dakota.

Dakota Provisions is a state-of-the-art turkey processing facility set up by Dakota Turkey Growers, a major farmers’ cooperative of 44 independent Hutterite (a religious group similar to the Amish who have adopted modern manufacturing as a way to survive) turkey farmers in North Dakota, South Dakota and Minnesota, USA. It is the first full-line turkey facility to be built in the US since the late 1980s.

The $45m plant was opened in April 2007 after a three year construction project. With $120m of infrastructure between them, the turkey growers needed to bring their own product to market in order to survive in the agriculture business.

The plant is situated on a 114-acre site two miles east of Huron, South Dakota. The 150,000ft² production facility is designed to process more than eight million turkeys per year – more than 320 million pounds of live weight annually.

When opened, the plant had over 300 workers and was processing 3.5 million heavy tom turkeys annually. By 2010, the number of workers rose to 775.

This is the first full-line turkey facility to be built in the US since the late 1980s. In 2009 the plant will go to two shifts and employ 1,000 workers (processing 40,000 birds per day). That’s when current contractual arrangements the growers have with other processors will expire.

The company started to manufacture pre-sliced ready to eat meat products in early 2006. The new plant provides processing, slicing and packaging of high-quality food products for distribution throughout the US. Over the past five years, the volumes of ready-to-eat products have increased in a steady manner. In the future the plant may also branch into fully cooked pork, beef and chicken products.

The Dakota Provisions facility boasts the latest in food safety and processing advances. Turkeys are harvested using Controlled Atmosphere Stunning (CAS) rather than conventional stunning, which is proven to be less physically taxing, making for a higher quality end product.

“The company started to manufacture pre-sliced ready to eat meat products in early 2006.”

The Stellar Group of Jacksonville, Florida was hired by Dakota Provisions to oversee the design, engineering and construction of the new plant in 2004. To make provision for the waste water from the facility the city has extended water service from the old Dakota Pork plant east and north to the turkey plant.

Sanitary sewers for the site are discharged south of the plant to a new pre-treatment facility from where these are pumped to the city’s wastewater treatment plant.

The plant’s equipment was provided by MetalBud-Nowiki. CAT2 software (primary and further processing tool series) has been implemented at the plant for full traceability of the packaged product in all areas of the operation.

The facility is a fully cooked production plant that processes heavy tom turkeys. One of its major products are deli breasts for slicing in the supermarket and pre-sliced luncheon meats for food service customers. The company has planned to manufacture products under brands for other companies.

“This is the first full-line turkey facility to be built in the US since the late 1980s.”

Initially DTG will not have its own national brand because it does not want to compete with co-manufacturing partners. But it will have a branded product to market locally and within the state. In its long-term plan natural and organic products may be produced at the plant and these will be branded. Customers would be able to identify the product by an inspection stamp by the Department of Agriculture.

The plant required an investment of $45m. This included $12m invested by the turkey growers and $9.2m from the state of South Dakota. State support was provided through $5m in bonds, a $3m loan from the Revolving Economic Development and Initiative fund, a $1m Future Fund grant and a $200,000 loan from the State’s value-added subfund.

A $100,000 grant from the South Dakota Corn Utilization Council (SDCUC) was used by Dakota Turkey Growers for sales and marketing activities including sales brochures and public relations, along with packaging and labelling development for the processing plant.