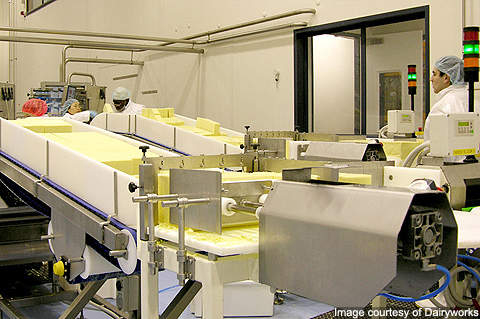 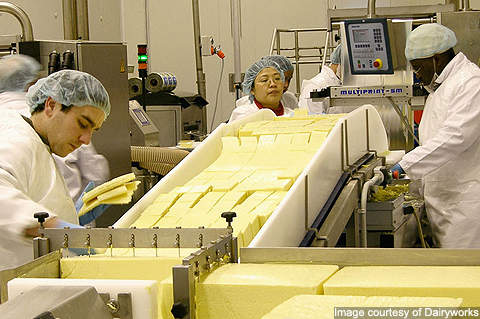 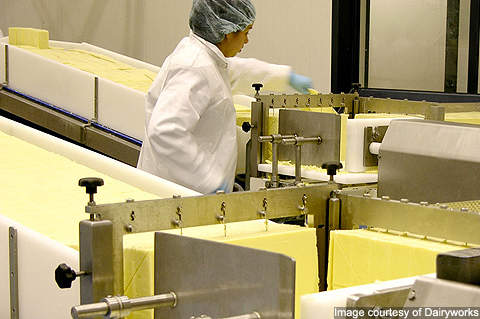 The plant's current capacity is 100t of bulk cheese a week.

On 24 July 2009 dairy producer and supplier Dairyworks opened a $2.5m cheese processing facility in Hornby, Christchurch, New Zealand. The company’s throughput and sales had doubled over the last five years, prompting a move from its original premises in Temuka to a site closer to its markets and distribution routes. During May and June the production process was gradually transferred to the new plant.

The cheese is first unwrapped in a hygienic production room and then sliced into sections according to the needs of the production run.

The cut segments then pass through the first quality control check. Any cheese left over from the cutting process is used for grating.

“Dairyworks produces its own brand of cheese, including Alpine and Rolling Meadow.”

The cheese then passes through a wrapping machine and is checked a second time. The wrapped blocks are then weighed. Any cheese that is removed at this point is used for grating. The end product is kept in cold storage until despatched.

The company’s current capacity is 100t of bulk cheese a week, although the facility is capable of processing and packaging 450t of cheese a week.