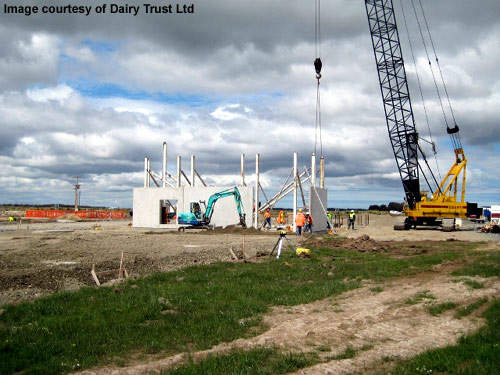 The Dairy Trust plant was built on a greenfield site in Southland. 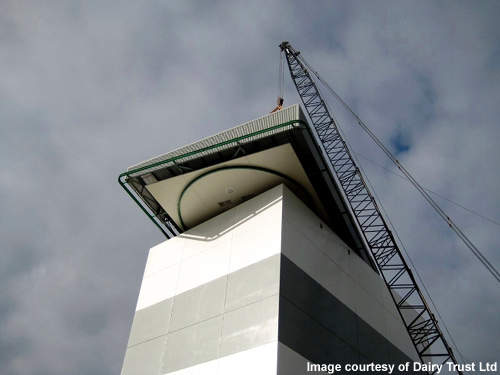 The roof was installed in a single section. 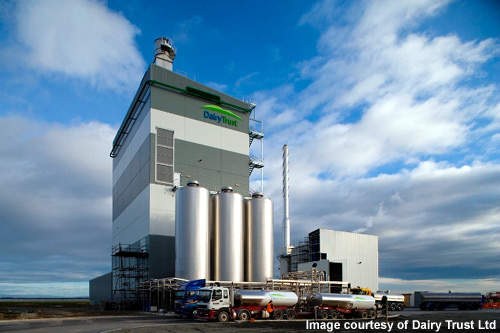 The completed milk powder production plant is the first investment for Dairy Trust.

Dairy Trust took control of Open Country Cheese in July 2007 by obtaining a majority interest and has since made plans to invest in a network of dairy processing plants in Southland, Wanganui, Waikato and Northland.

In January 2009, Dairy Trust changed its name to Open Country Dairy. The company opened a whole milk plant in Wanganui. The plant commenced operations in August 2009 and has an annual capacity of 200 million litres of milk.

The plant will receive about 175 million litres of whole milk from around 80 suppliers. The milk will be pasteurised and dried into powder using a 750kW mechanical vapour recompression fan before being supplied to the food industry.

The Awarua plant has the capacity to process one million litres of milk each day and is capable of drying 50,000l of milk per hour to generate 7.4t of milk powder an hour. In addition, the 8t of cream generated from the plant each day is processed at another location. The state-of-the-art plant is fully computer controlled and employs 17 staff.

In 2009, Open Country commenced a $5m upgrade programme for the Awarua plant. The programme included the installation of a new 20t baghouse. The 14m-long and 7m-wide baghouse was manufactured in China and installed in June 2009.

The baghouse came on-stream in August 2009 and increased the capacity of the plant to 200 million litres. It utilises filter bags to obtain milk powder during the drying process. The baghouse is expected to improve the yield of the dairy plant. Open Country is expects 99% yield from the baghouse.

The facility was constructed by Ebert Construction and the architect was Dickson Lonergan. The processing plant was manufactured and installed by GEA Process Engineering. Silvester Clark was the consulting engineering firm for the structural design of the facility, while Steel Pencil provided structural 3D modelling/drawing and steel detailing services for the plant.

“In 2009, Open Country commenced a $5m upgrade programme for the Awarua plant.”

Bad weather delayed the building process by 31 days and with penalty clauses in place to cover late completion it was a struggle to finish the plant on time. The weather dictated that a 36t cone roof for the drying tower be fabricated on the ground in one piece and then positioned.

EIS was awarded the contract for installation of the baghouse. The contract was worth $250,000. Local contractors were hired for other construction works.