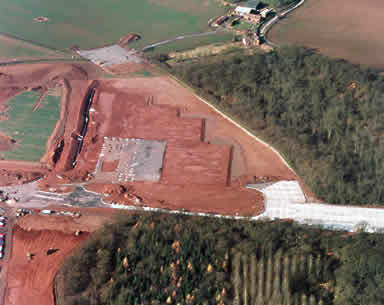 The site at Stonebridge Cross prior to the construction of the plant. 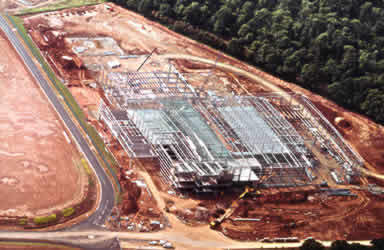 Construction underway at the site in 1999. 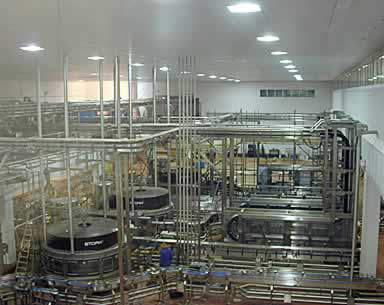 The filling hall in 2002 prior to the first capacity expansion. 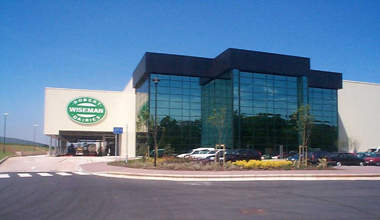 The front office at the Droitwich dairy. 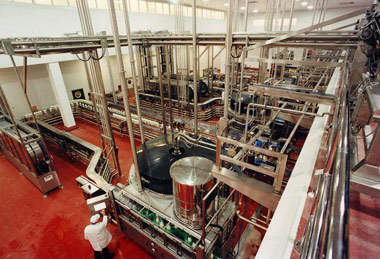 The filling hall after the first expansion. 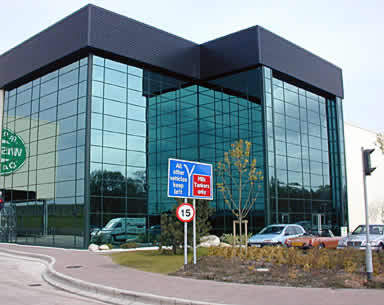 The administration block at Droitwich.

The company has been consistently investing in new technology and expansion. Even when the loss of several important milk contracts in 2005 from ASDA and Morrison’s indicated a possible down turn in profits and redundancies, Wiseman’s were still investing in their facilities.

The company did receive a boost, however, when they obtained the contract to supply milk to Tesco in mid-2006, with a contract to Sainsbury’s soon after.

The company also invested in expansion of older facilities, such as their dairy at Droitwich Spa, to supply the additional volumes of liquid milk required for their contracts. It is estimated that Robert Wiseman’s Dairies controls 20% of the milk market in the UK.

The Droitwich Spa ‘Super Dairy’ at Stonebridge Cross formed part of the Millennium Dairy project for Wiseman’s. The £40m project was started in October 1999 and completed in May 2001 when production commenced with two filling lines. The capacity of the plant was then 200 million litres per year. A further filling line took capacity to 270–280 million litres per year.

“It is estimated that Robert Wiseman Dairies controls 20% of the UK milk market.”

However, capacity requirements have meant that the plant’s output needs to be increased again. In 2002, a further £7m was invested in the dairy to increase capacity to 350 million litres of milk produced per annum with the installation of the fourth and fifth filling lines.

During 2005–06, expansion was on the cards once more due to the magnitude of the Tesco and Sainsbury’s milk supply contracts.

Wiseman Dairies acquired a 16-acre site at Stonebridge Cross, Droitwich in 1999. The building was designed by the Building Design Practice (BDP) alongside technical personnel from Robert Wiseman’s and Tetra Pak. The design was able to create the optimum relationship between the various process rooms, filling and despatch areas.

Architectural input by BDP was given in order to control the external form as the dairy was to sit on former farmland surrounded on two sides by natural woodland; in some instances this resulted in modifications to plant layouts inside the building.

The size of the building totalled some 32,300m² on two to three levels. In a first for the UK, the dairy was constructed from the very start incorporating a plastic blow moulding bottle plant attached to a Filling Hall and Sleeve Labelling mezzanines. The Droitwich facility is one of the most advanced milk production facilities in Europe.

All internal areas were designed around the production sequence, from raw milk intake through to the despatch of processed finished milk. Raw milk is offloaded at external tanker reception and then piped into a series of ten 250,000l silos from where it is passed into processing before being piped directly to the finished milk tanks prior to being supplied to the filling machines in the filling hall.

“The Droitwich facility is one of the most advanced milk production facilities in Europe.”

Bottles are conveyed from the blow moulding plant via sleeving and labelling machines. The milk is then passed straight through to the chill stores, operating at approximately 2.25ºC, before being loaded into refrigerated vehicles and despatched direct to supermarkets.

At full capacity the facility (prior to expansion) produces up to 10 million litres per week of milk in addition to an extensive cream filling facility which produces up to 15 million cream pots per annum.

The building is clad in flat composite external panels supplied by Kingspan, laid vertically to minimise weather staining and the need for flashings. Large mirrored curtain walling dominates the approach to the building. This elevation houses the main administrative offices for the milk production with distribution and blow moulding housed opposite.

The £12.5m Wiseman Dairy project, at Stonebridge Cross, Droitwich, commenced in February 2006 and was completed on schedule by February 2007. The capacity of the dairy has now progressed to in excess of 500 million litres per year.

In 2003 conveyor specialist Isoma developed a real-time simulation pack, which replicates the total production of any plant and can be used to analyse machinery efficiency. This enables the company to work out the cheapest way of increasing production at a plant.

“The capacity of the Wiseman dairy is now in excess of 500 million litres per year.”

Robert Wiseman Dairies has used the simulator to analyse real-time production data at the Droitwich facility. Isoma was able to input real-time information on downtime at the plant and could then change various parameters on the simulation to identify optimum plant production. Isoma was responsible for the total system line control at Droitwich and designed, manufactured and integrated conveyor systems in the filling hall and in Alpla Plastics on-site plastic milk container blow moulding facility.

When designing the Droitwich site, Wiseman allowed Isoma the license to include any other features that could be shown to enhance operations. Isoma proposed key features for the site, such as automatically adjustable conveyor guide rails (bottle width), vision inspection and on-line rejection and three-way full bottle conveyor division to a mixture of trolley packers and shrink wrappers. Starlims installed a state-of-the-art laboratory information management system at the Droitwich plan to
oversee the quality control systems.

The Droitwich site is also equipped with DLog industrial PC units to automate the processing and bottling of milk. These units are used in a chilled environment at temperatures ranging between 30°C and 40°C. Installed on trolley packers, the units are very reliable and are regularly cleaned with water and chemical agents.