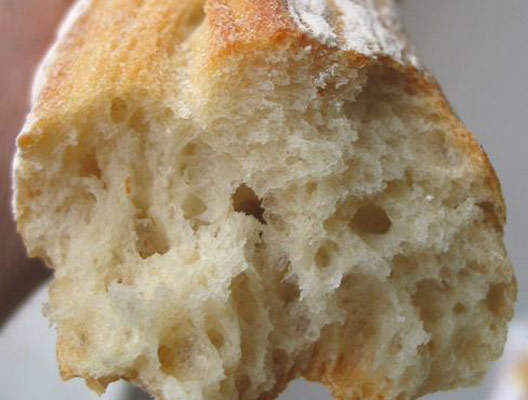 Cuisine de France is a producer of French breads and baked goods in the UK and Ireland. Headquartered in Dublin, the company has a mature distribution network in the UK through the Co-op, Spar, Nisa and Londis supermarket chains. In 1997, Cuisine de France was acquired by the IAWS Group. The products are sold directly under the Cuisine de France brand across Ireland. It also distributes products across parts of the US having acquired the Otis Spunkmeyer brand in November 2006 for €175m ($250m).

On 20 September 2006, IAWS Group announced a €195m investment to establish a 45,500m² facility on the 30-acre Grange Castle International business park in Clondalkin, County Dublin. The facility created about 130 jobs over a five-year period. Enterprise Ireland, a government agency that supports Irish businesses, provided €4.85m for R&D and strategic development at the facility.

In January 2011, ARYZTA announced its plans to cease frozen product manufacturing at the Gallagher’s Bakery at Ardara.

“The facility features a purpose-built centre of excellence.”

The plant has a -25°C, fully automated cold storage facility. It is one of the largest of its kind in Europe at 13,935m². The facility has four production lines and incorporates several sustainable features such as a triple skin automated façade.

The cold storage, production and distribution spaces, and office buildings of the facility feature HVAC temperature set points and lighting controllers for efficiency. The Grange Castle site saves a total of 10% of energy.

The plant is located in the Grange Castle International Business Park in Clondalkin, South Dublin County. The site is close to the city centre and also has easy access to the Dublin Port, the national highway and the Dublin Airport.

The architect for the five-storey facility was Anthony Reddy and the consultant engineer was Malone O’Regan.

“The plant has the largest fully automated cold storage facility in Europe at 13,935m².”

The construction, using pre-stressed concrete units, was carried out by Bennett Construction under a €94m contract.

Project Management Group was involved in the planning and the environmental impact assessment in mid-2007.