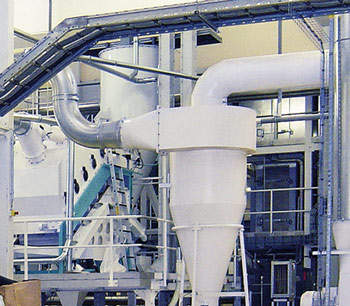 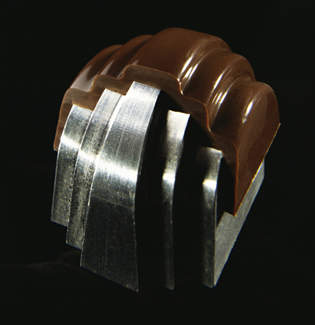 The new plant has a capacity of four metric tons per hour. 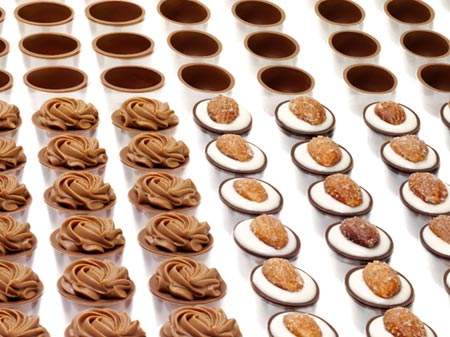 Cocoa makes up 20% of Ghana's total exports. The immediate target of the government is to process at least 40% of the annual cocoa crop of 500,000t. 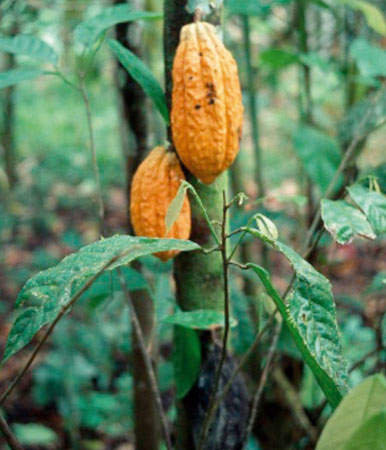 Cocoa bean pod prior to harvesting. 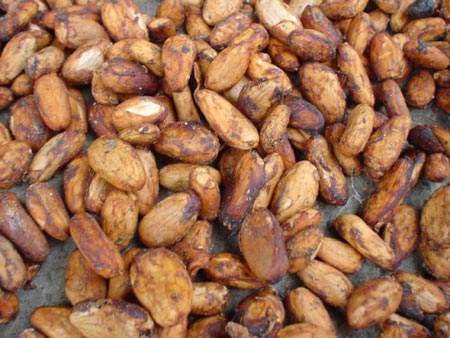 Ghana is one of the largest cocoa-growing countries in the world second only to its neighbour, Cote d’Ivoire (Ivory Coast). Ghana has traditionally exported almost its entire crop of cocoa beans for processing to foreign chocolate production plants. Cocoa makes up 30% of Ghana’s total exports.

This policy changed in mid-2003 when President John Agyekum Kufuor set the goal of broadening the Ghanaian cocoa business by investing in national cocoa processing facilities. The target of the government was to process at least 40% of the annual cocoa crop of 500,000t. In January 2009, the new government formulated a policy to process at least 60% of cocoa that is grown locally.

The Cocoa Processing Company Ltd is mostly owned by the Ghanaian Government and the facility in Tema was chosen in early 2004 to be updated and expanded as the first step of consolidating the cocoa business inside Ghana.

The Ghanaian Government has pledged to increase bean production to over one million tons. According to the International Cocoa Organisation (ICCO) the country’s commercial crop in 2005 / 2006 reached a record high of 646,000t.

The German company MAN Ferrostaal AG was commissioned in 2004 to update and expand the facilities of the Cocoa Processing Company Ltd in Tema. The port city of Tema is located in the south-western part of Ghana on the Gulf of Guinea.

The contract signed with the state was worth more than €20m and included the design and supply of a complete cocoa processing plant including infrastructure such as the water treatment system, the emergency power generating sets and the steam and compressed air networks.

The processing capacity of the existing plant has increased from 25,000t to 64,500t of cocoa beans a year. MAN selected Buhler (Chocolate & Cocoa) as the technical partner for handling the project. The contract with Buhler comprised the design and supply of a complete cocoa processing facility.

The expansion of the cocoa processing facility was designed in two stages. The first phase included the system for processing cocoa beans into cocoa mass. In an initial operation, the dried, green beans are cleaned, weighed and stored as clean raw material.

In the second phase, the beans are subjected to a thermal treatment under high pressure at a temperature of 220°C so that all bacteria are destroyed. This is followed by bean toasting, during which the moisture is extracted.

Finally, the cocoa beans are crushed and the hulls are separated from the bean fragments called nibs. Only now is it possible to grind the cocoa nibs in two process stages. During this mechanical grinding operation heat is generated which makes the cocoa mass melt. The liquid cocoa mass (liquor), with a temperature of about 80°C, is directed to storage tanks, where it is cooled to 45–50°C. From the tanks, the mass is moved to a cooling tunnel where the heat is extracted and the cocoa mass is formed into blocks weighing 25kg each.

The new cocoa processing facility had a capacity of four metric tons per hour and is fully computer-controlled. This makes it the most advanced plant of its kind in Africa.

“The immediate target of the government is to process at least 40% of the annual cocoa crop of 500,000t in Ghana.”

The plant is operated in three shifts, with four personnel present per shift. In addition, two mechanics and one electrician take care of plant maintenance. The staff of the plant received in-depth, on-site training from Buhler to prepare them for the demands of the operation.

One notable feature of the facility is its emergency generating set, which produces 2,500kW power and guarantees an uninterrupted supply of electric power to the entire plant.

The installation and start-up of the new cocoa processing facility took about seven months. The plant was inaugurated in a ceremony in October 2005 by President Kufuor.

The second construction phase was started in April 2007. The completion of the second phase of the expansion was delayed and finally completed in the third quarter of 2008. This comprised the modernisation of the original existing plant for further processing of cocoa mass into cocoa butter, cocoa liqueur and cocoa powder as well as some other products which are used in food and cosmetics.