Structurally complete by February 2005 and in production by September 2005 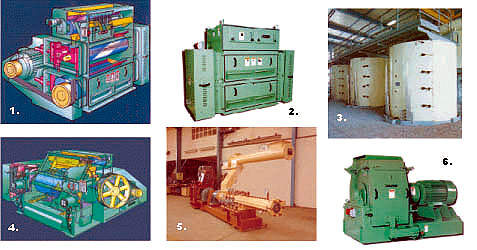 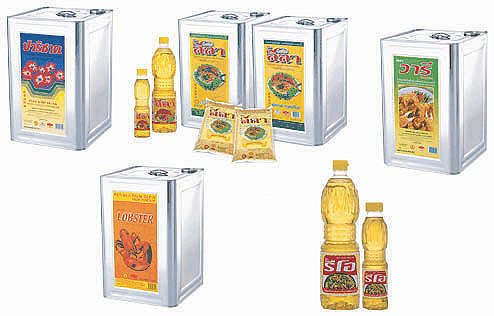 The Chumporn palm oil refinery is a response to a large world demand for palm oil products. 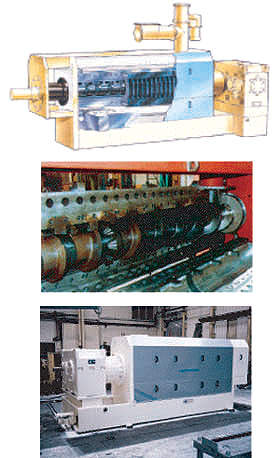 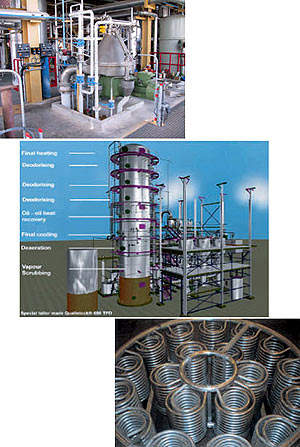 There are many different types and grades of palm oil. 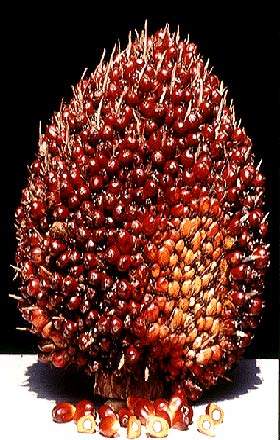 An adult palm tree may produce up to 100kg of bunches per year.

The 15,000m² facility was built on a 32ha greenfield site near the city of Chumporn. The investment for the plant construction and outfitting was estimated at $11.2m.

Construction began in mid-2004 following a long planning and environmental consultation period that started in early 2003. The plant was completed in February 2005 and full production was reached in September.

The refining capacity of the facility is sufficient to produce in excess of 600t of refined palm oil per day. Plans have already been made for expansion which could start in 2007. The site has ample room for future expansion.

Although palm oil products are used mainly as food additives and in the cosmetics and soap manufacturing industries, there is a move towards using refined palm oil as bio-diesel to power motor vehicles. CPI has expanded its palm oil plantation to over 20,000ha and installed a drip irrigation system and a cultivation area for the production of over 500,000 breeding plants.

The facility was outfitted by De Smet of Germany, a leading company in the manufacture, supply and installation of light oil refining equipment. This was the second De Smet fractionation and refinery for CPI.

“The company decided in 2006 to investigate a project to treat waste water at the plant and also to produce viable fuel biogas resources to run the boilers and equipment at the plant.”

The bunches of fruit can grow to the size of a football for young trees and the size of a large pumpkin for older trees. Every bunch contains more than 100 fruits. An adult palm tree may produce up to 100kg of bunches per year with an average weight of between 15kg and 25kg; the mature bunch contains 50–75% fruit.

The pericarp of the fruit is composed of an external hull (epicarp) and a pulp made of oily fibres (35–85% of the fruit weight) containing 40–60% palm oil and 35–45% water. The pulp surrounds a ligneous shell which contains one or more very hard kernels – palm kernels – that contain 45–50% palm kernel oil.

The kernels and the pericarp are cracked, cooked, flaked and expanded with steam to maximise the yield of oil. The oil is then extracted by pressing and also by solvent extraction which, following solvent removal, yields crude palm kernel oil and crude palm oil. The empty bunches or stalks are burned to produce steam to run the refining process.

The plant runs with De Smet Hytech refining and distillation equipment. The first step in the refining process is degumming using Impac degumming technology. This hydrates the crude oil to make various impurities (such as phospholipids and proteins) more insoluble so that they can be filtered out. A neutralisation process with sodium hydroxide follows which removes free fatty acids as soap as well as more phospholipids and metal impurities.

The next step is a bleaching plant using De Smet Sparbleach and Combiclean equipment. These processes use a combination of prefiltration through silica (Combiclean) and mixing the oil with a bleaching earth. The resulting mixture is heated under vacuum while sparging with steam, before it is finally filtered in a two-stage process through hermetic stainless steel leaf filters and a final polishing filter. Oil recovery is over 93%.

During winterisation, the De Smet Wintrend process removes small quantities of solids (up to 2,000ppm) that can cause cloudiness in high-quality palm oils.

The final stage of refining is deodorising using a De Smet Qualistock continuous deodoriser in which the oil is scrubbed with sparging steam. The deodorising process also uses Sublimax ice condensing technology to remove the steam. The oil can then be distilled and fractionated to produce a variety of high-quality, high-purity products using a vacuum distillation plant that allows the use of lower temperatures to minimise running costs and avoid denaturing the oil through the use of high temperatures.

The De Smet Sublimax is a new generation of vertical ice condensing technology, optimised specifically for the deodorising process, which uses very low absolute pressures and reduces the running cost of the plant in terms of energy consumption and wastewater processing.

Special vacuum production units have been developed to reach lower pressures and at the same time reduce emissions by a more efficient condensation of the volatiles. The dry ice condensing system is becoming the standard in new refining plants.

In this system, the sparge steam is iced on surface condensers working alternately at extreme low temperatures (around -30°C). The remaining non-condensables are removed either by mechanical pumps or roots blowers in series with a liquid ring pump or by a vacuum steam ejector system.

The dry ice condensation system consists of two or more freeze condensers containing the cooled tubes, a refrigeration plant for the generation of cold refrigerant which is evaporated in the tubes, and a vessel with relatively warm water for defrosting and cleaning the tubes after a period of freezing.

Waste handling at the plant

Because of the ongoing costs of running the palm oil plant using fossil fuels, the company decided in 2006 to investigate a project to treat waste water at the plant and also to produce viable fuel biogas resources to run the boilers and equipment at the plant. The project involved the introduction of anaerobic wastewater treatment with biogas collection and utilisation at the Chumporn plant.

The project uses state-of-the-art technology that results in a significantly better performance than commonly used technologies. Biogas generated from the process amounts to approximately 20,700m³ of biogas per day and is used for replacement of fuel oil and oil palm shell which is currently used to generate steam in the refinery plant. The ‘Chumporn applied biogas technology for advanced waste water management’ project will reduce greenhouse gas (GHG)-emissions in two ways, which will result in a total GHG emission reduction of 45,749t of CO2 equivalent per year:

The purpose of the biogas technology for advanced wastewater management is to move from traditional wastewater treatment in open, anaerobic ponds with a concomitant uncontrolled release of methane to the atmosphere to a closed tank digester system with biogas capture and utilisation, which can contribute to the sustainable development of the palm oil industry in Thailand. The amount of fuel saved each year is about 530,363L of fuel oil and 7,650t of oil palm shell.

Biogas is utilised in two steam boilers; a high pressure boiler (90 bars) and a low pressure boiler (30 bars). Wastewater generated through palm oil processing averages 0.5m³/ton of fresh fruit bunches (FFB). The palm oil mill processes about 450,000t FFB and thus 210,000m³ wastewater a year. The planned volume of the digesters is 6,000m³, which allows handling the daily load of about 700m³ wastewater. The following components have been installed:

The system was developed by experts from the University of Wageningen in the Netherlands. The biomass co-generation power plant won the Asean Energy and Thailand Energy Awards in 2008.