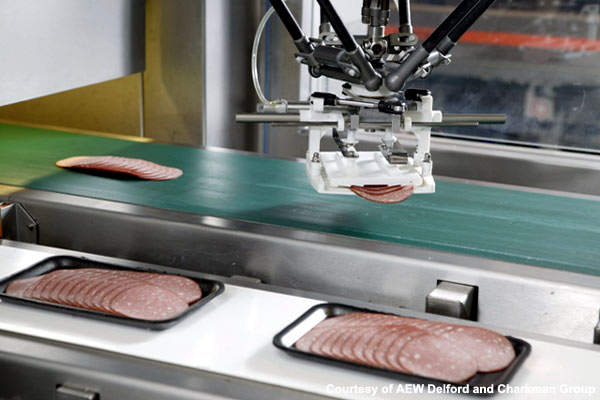 The charkman plant in Boras has had a new slicing and portion loading system implemented. 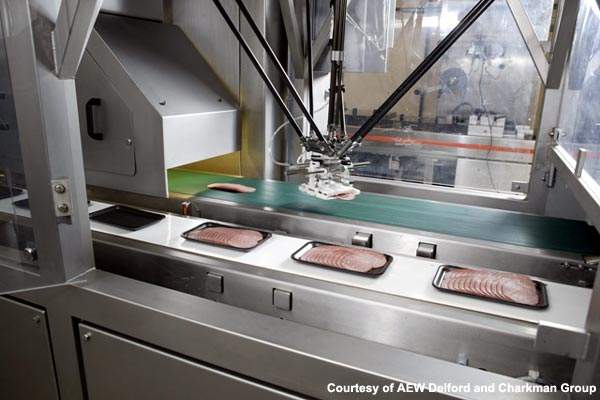 Automated equipment from ABB has helped increase production at the Boras plant. 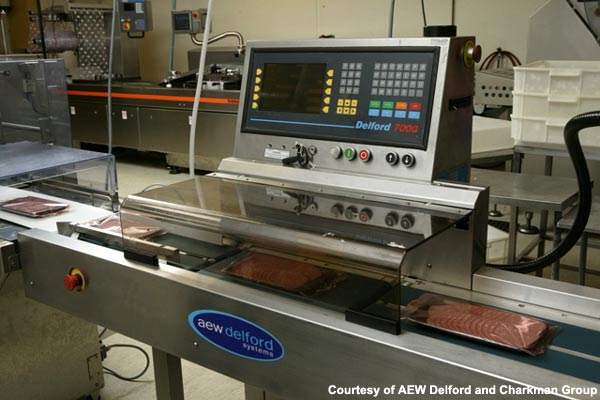 The PC-based control system has a graphical interface that can control and integrate eight robots on a packing line. 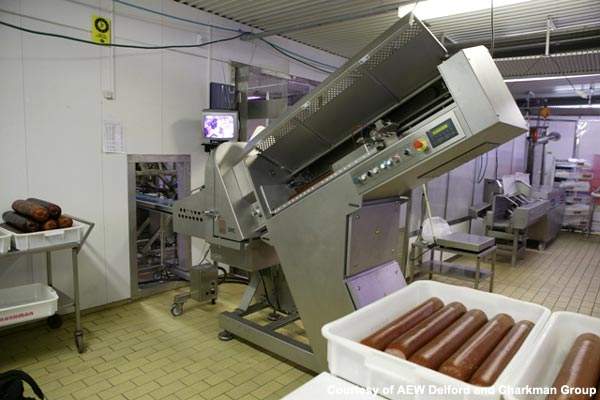 The ABB robot at the Charkman plant allows precision and consistency when slicing and picking. 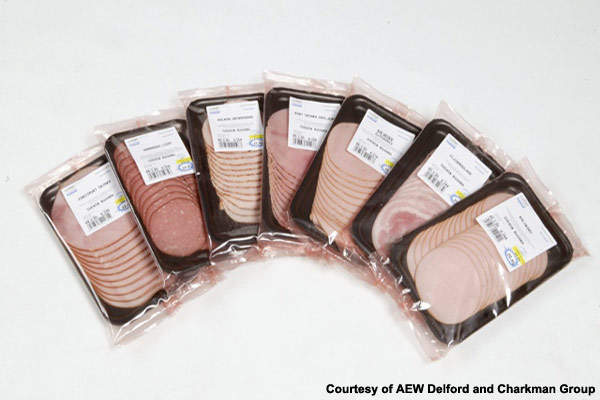 Charman's meat products are in preformed moulded plastic trays in packs of 10 to 24 overlapped slices. 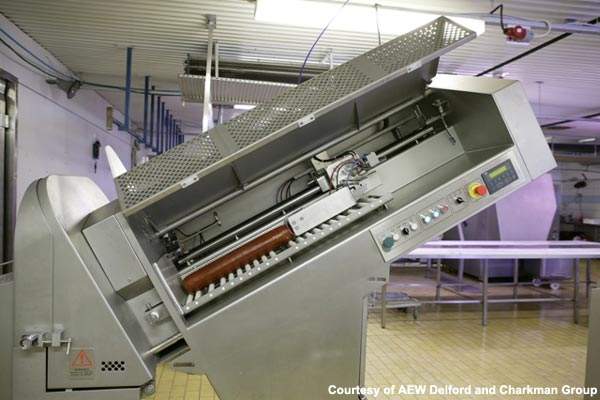 The companies pool resources in buying raw product and production materials and market only their Charkman-brand finished products to wholesalers, hotels, restaurants, supermarkets and retailers throughout Sweden.

The company produces a range of sliced cooked ham, beef, chicken, salamis, bologna, pork roll, garlic and pepper slicing sausage and a range of other meats. There was a need to increase efficiency, flexibility and production volumes at the Boras Fernebrand Chark plant in Boras, east of Gothenburg near the Viskas River. In 2006 a new slicing and portion loading system was implemented at the facility.

The repeat order for equipment was a testament to the success of this previous project. AEW Delford supplied an intelligent portion loading (IPL) robot, which uses ABB robotics, for the previously manual slicing line. The new line uses a Junior Slicer and the IPL Robot uses an ABB IRB 340 stainless steel Flexpicker, one of the fastest picking robots in the world.

The specification for the upgraded line meant that it had to handle 26 pack variations and a number of different product weights. The junior slicer produces 180mm ‘shingles’ and stacks of sliced meat products (defined overlapping groups of 10 and 24). These are then transferred to a conveyor and the IPL robot picks the products from the lines and packs them into preformed moulded plastic trays creating packs of 10 to 24 overlapped slices.

The robot picks up 12 slices at a time and when preparing the 24-slice pack it rotates the second shingle of slices through 180° to give an attractively presented overlapped pack.

Kjell Fernbrand, managing director of Charkman’s Boras plant, commented: “Shingled slices can be quickly and perfectly handled with a level of precision and consistency that a human could never achieve.”

The loaded trays are then moved by the robot cell in a Fuji Flow Wrapper for packing and sealing (50 packs per minute). The packs are then weighed, priced and labelled by an AEW Delford Systems Weigh Price Labeller and finally cartoned for shipment.

“The specification for the upgraded line meant that it had to handle 26 pack variations and a number of different product weights.”

The ABB IRB FlexPicker can carry out 150 picks per minute and uses a Cognex vision system so that it can see the conveyor belt and ‘see’ the position and orientation of the meat slices on the belt.

The robot uses ABB PickMaster software for the high product flow; the PC-based control system has a graphical interface that can control and integrate eight robots on a packing line. The software can accommodate over 100 different programmes for different product configurations. It can also control a further five robot cells in the manufacturing line.

Richard Seager, technical director of AEW Delford, commented: “You can pretty much programme it to do what you like… The batcher is able to cope with a wide variety of products… We’re using the industry-standard operating system… It’s so important to pick food up without damaging it, and using our grippers, we can now pick it up more delicately by machine than we ever could by hand.”