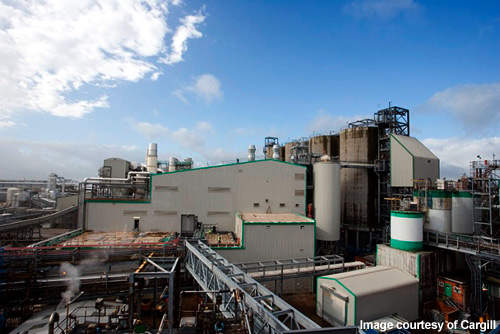 The Cargill plant in Manchester will now process wheat instead of corn/maize.

The conversion of the Cargill plant took just over a year to complete. 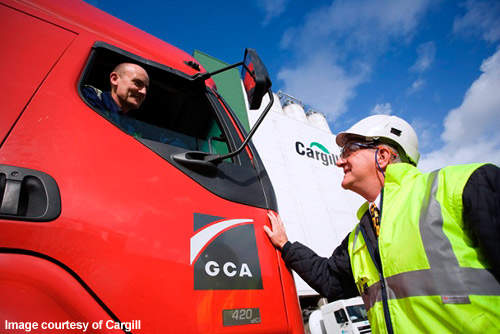 The wheat for the refurbished Cargill plant will be sourced by Frontier in the UK. 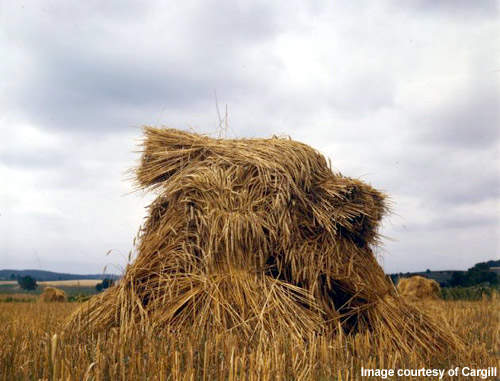 Cargill will produce wheat for use in products such as sweeteners and protein. 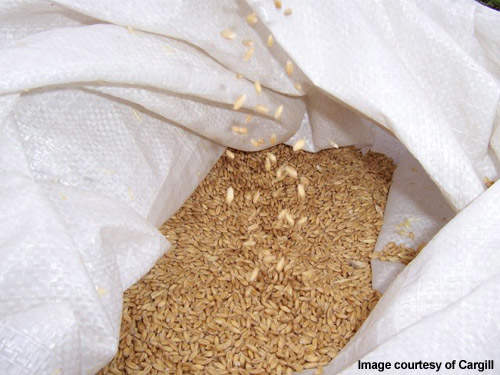 Cargill is one of the largest privately owned grain processing companies in the world. The US company’s activities include purchasing, processing, and distributing grain and also many other agricultural commodities.

In addition, Cargill is involved in the manufacture and sale of livestock feed and ingredients for processed foods and pharmaceuticals. The company is very active in the commodity markets and is responsible for 25% of US grain exports.

In April 2008 Cargill officially opened a new wheat processing plant in Trafford Park, Manchester, UK; it had been operating from the first quarter of 2007.

“The plant will process approximately three quarters of a million tonnes of wheat per year for the production of feedstock in the food and beverage industries.”

The plant required an investment of £75m and was previously used in the processing of imported maize; wheat is now 20% cheaper than maize. The decision to convert the plant to wheat was taken after a review of the company’s European glucose and starch production.

Frank van Lierde, head of Cargill’s European sweeteners business, commented: “It was a long-term decision – you don’t spend £75m otherwise – based on a combination of cost, efficiency and our commitment to meeting the changing needs and demands of our customers.”

The plant will now give a new outlet for existing wheat farmers in the UK. It will exclusively use wheat from UK growers and will reduce the exportable surplus.

The wheat processing plant at Manchester will process approximately three quarters of a million tonnes of wheat per year for the production of feedstock in the food and beverage industries, including sweeteners, protein, texturisers and ethanol.

In 2005 Cargill announced the restructuring of Cerestar sweetener production in the UK to more effectively meet customer product and supply requirements. This involved the consolidation of Cargill UK glucose production at Cerestar Manchester and the shutdown of sweeteners production at the Cerestar Tilbury facility.

The restructure also involved the setting up of the new wheat plant. Production at the Cerestar Tilbury facility was shut down by the end of 2005 with 95 job losses and the production capacity for starch and dextrose was transferred to Manchester.

“The plant will exclusively use wheat from UK growers and will reduce the exportable surplus.”

About 2,000t of wheat is being delivered into the plant per day, the bulk of it being from Lincolnshire, Yorkshire, Staffordshire and Northamptonshire.

The system will also allow each 30t load delivered and processed at the plant to be traced back to the farm of origin, allowing reports to be fed back about its quality.