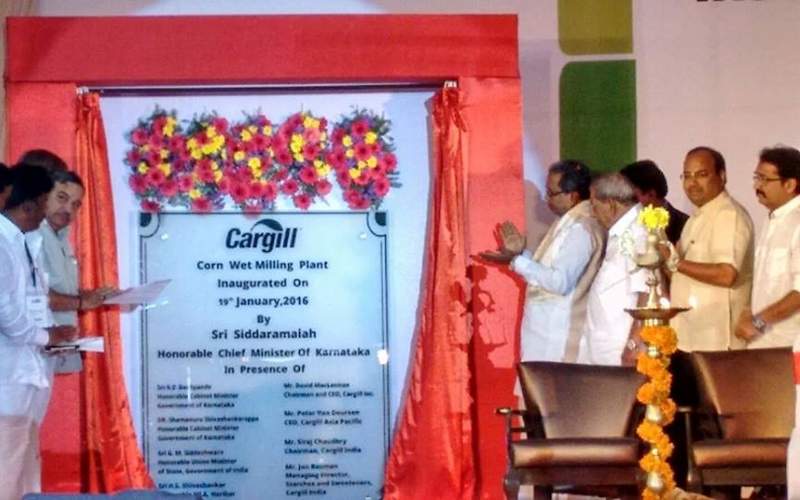 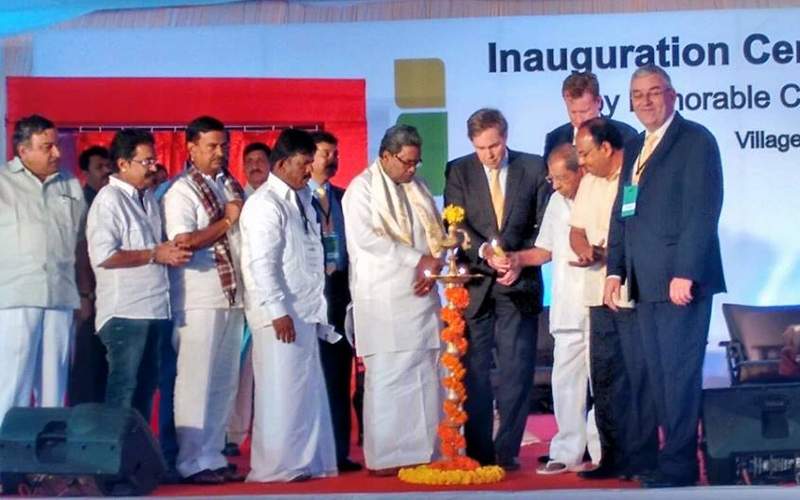 The plant was inaugurated by the Chief Minister of Karnataka state. Credit: Namma Sarkara. 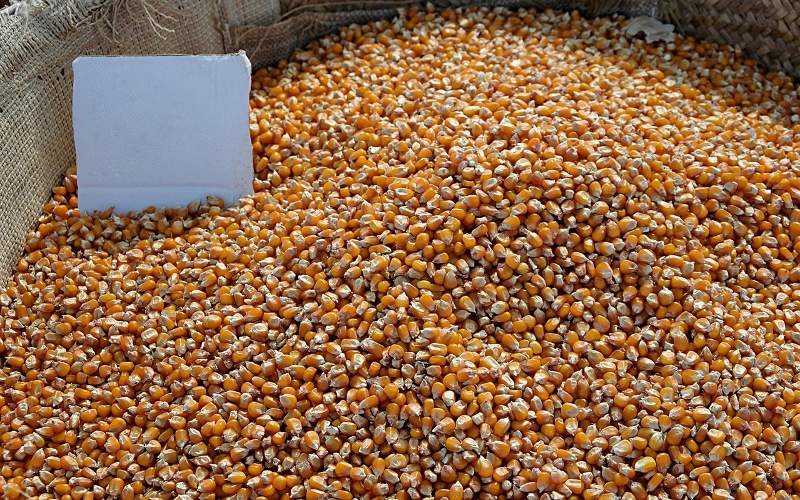 Cargill India, the Indian subsidiary of US-based food processing company Cargill, opened a new state-of-the-art wet corn milling plant in India, in January 2016. Located at Davangere in the southern state of Karnataka, the plant represents Cargill India’s biggest investment in the country in a decade.

Cargill broke ground for the construction of the mill, along with a dairy feed mill in Punjab, in 2014. The corn mill was developed with an investment of approximately Rs6.78bn ($100m) and is aimed at catering to the increasing demand for modified starch and its derivatives in the processed food segment and pharmaceutical industry.

The new plant employs roughly 390 local people and directly benefits nearby farmers by creating a market for locally grown corn. A grain storage facility is also planned near the plant while the company also plans to focus on backward integration for the corn supply chain.

Details of the corn milling plant in Davangere

The corn milling plant is built on a 44.5-acre site, which is at the centre of corn growing areas at Davanagere. It has the capacity to process 800t of corn a day and 300,000t a year. The company is expected to utilise just 50% of the mill’s capacity in the first year, gradually ramping up the utilisation over the coming years.

The mill processes the corn to produce modified starch, glucose and other derivatives, which can be used as thickeners, sweeteners and for other purposes such as processed food and pharmaceutical industries. Most of the corn is sourced from the farmers of Harihar city in Davanagere and its neighbouring places.

Besides largely serving the local market, the produce from the mill will also be exported to south-east Asian and African markets.

Benefits to the local community

Besides driving the district’s progress by providing new job opportunities to the local communities, the new plant also enables local farmers to get world-class training and a new market for their crops.

Cargill also pledges to improve the livelihood of 5,000 farmers and their families in 23 villages in the Harihara block of Davangere District.

The project creates economic opportunities for the women of farming households and enables community engagement through targeted interventions in local schools and anganwadis, which are childcare and Mothercare centres sponsored by the Indian Government.

The water management technology installed in the plant treats and recycles the wastewater within the factory, enabling the plant to achieve zero wastewater discharge and efficient use of water.

The plant is built in adherence to the strict global quality and food safety requirements.

Cargill owns four manufacturing facilities that contribute to the development of the agriculture and the food industries in Karnataka, the biggest corn-producing state in India.