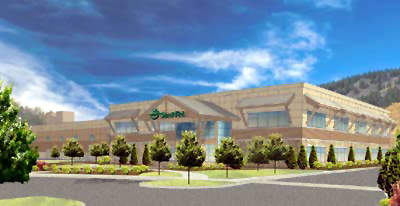 An artist’s impression of the StockPot plant. 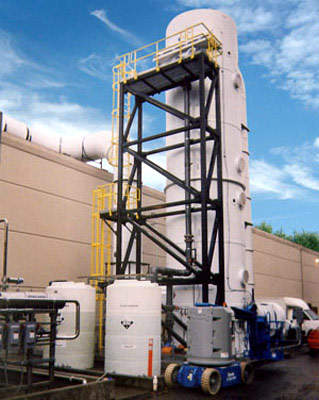 The plant has installed a scrubber to avoid the annoyance of cooking smells. 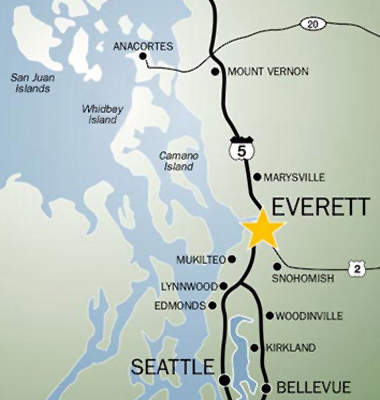 Everett is well placed in Washington State for transport and distribution. 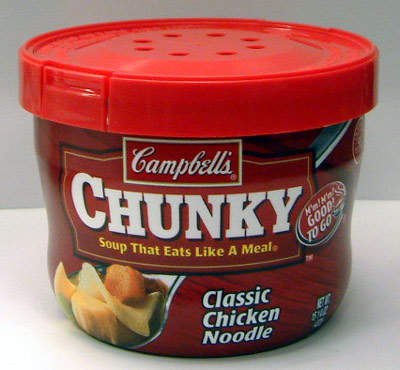 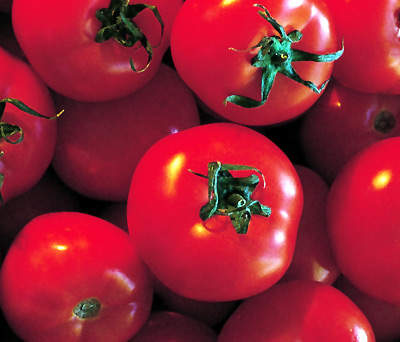 The Campbell’s Soup Company produces some of the world’s best known products and has a global portfolio of brands stretching from Pepperidge Farms to V8 vegetable juice, from Godiva to Tim Tam biscuits.

In August 2005, as part of a global expansion / modernisation plan and relocation agreement, Campbell’s announced its intention to build a culinary campus in the US dedicated to its fast-growing line of StockPot refrigerated natural soups.

StockPot was one of the brands acquired by Campbell’s in August 1998 as part of its new Away From Home division, which includes Campbell Foodservice, Campbell Canada and StockPot Inc.

“While the soups we make at our culinary campus have achieved national presence, the Puget Sound is our home.”

The $80m, 220,000ft² culinary campus in Everett, Washington State, started operations in 2006 and was able to start taking capacity from the old StockPot facility in nearby Woodinville.

Kathleen Homer, president of Campbell’s StockPot said: “Everyone associated with StockPot is gratified that we will be relocating to Everett, which is only 15 miles from our current Woodinville campus.

“While the soups we make at our culinary campus have achieved national presence, the Puget Sound is our home.”

In April 2005, Campbell’s reached an agreement with King County to relocate the Woodinville facility in order to make way for the Brightwater Treatment Plant, which was planned to be built in Snohomish County. StockPot initially appealed the Brightwater project’s environmental impact statement, but withdrew the appeal in July 2004 when the county agreed to a relocation package.

“[The plant] has increased the capacity of the Campbell’s StockPot line by over 50%.”

The lucrative incentive / compensation package was developed between Campbell’s and King County so that the manufacturer would relocate operations and stay in the area.

The move allowed Campbell’s to develop a modern plant while allowing the older site to be used for a water treatment facility thereby increasing the sewerage capacity for the new site.

Campbell’s StockPot received $23.45m in relocation incentives. This included $7.28m for its past building improvements and $16.17m for relocation, replacement and re-establishment expenses within the local area. If the company had relocated elsewhere, it would have only received $12.78m in compensation.

King County also delayed construction at the treatment plant site until July 2006 and committed to allowing StockPot to remain at the Woodinville site until as late as July 2007.

As part of the agreement, StockPot must invest at least $35m in a new culinary campus and the new location is required to maintain employment at levels comparable with those at the current site.

Should StockPot fail to maintain its job base during the first five years of operation at a new local location, it would forfeit up to $5m of the settlement.

Engineering and architectural services for the new Campbell’s StockPot 18-acre Culinary Campus were provided by The Dennis Group, LLC. Construction was carried out by Panattoni Construction, Inc. The Seaway Business Center, where the new plant is located, is owned by Panattoni Development Co. The design of the new facility will allow for easy expansion in the future.

To control odours from the cooking of meats, onions and other ingredients, Campbell’s StockPot has also fitted a Tri-Mer 40,000cfm packed bed scrubber. Tri-Mer packed tower systems have a dual tower design, with packing depth determined by odour composition and the specified efficiency. Systems are engineered for maximum flexibility; if a process changes, a change of feed chemical is generally all that’s required.