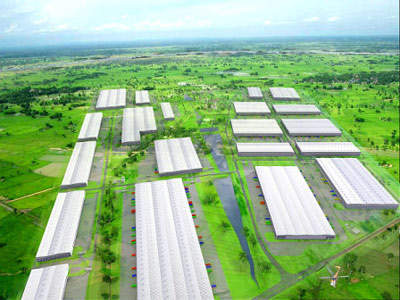 The special economic zone where the new factory is based. 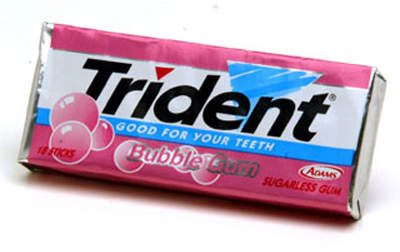 Trident gum is one of the major brands produced at the new plant. 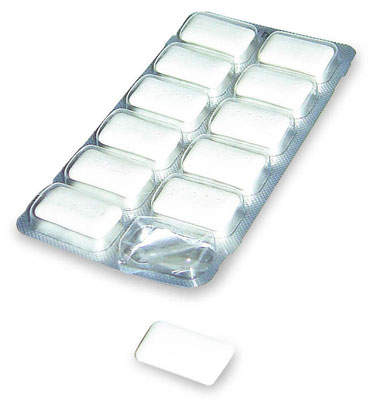 Dragee pellet gum is now being packed in blister packs for freshness. 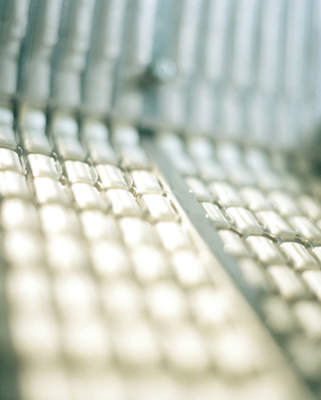 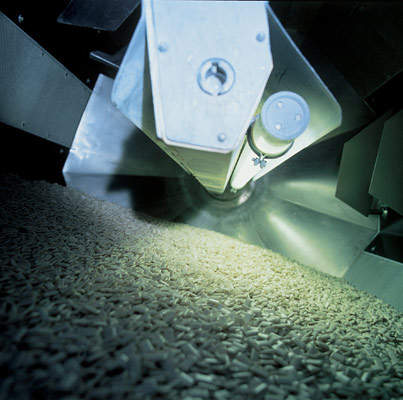 Gum being coated and polished prior to packaging. 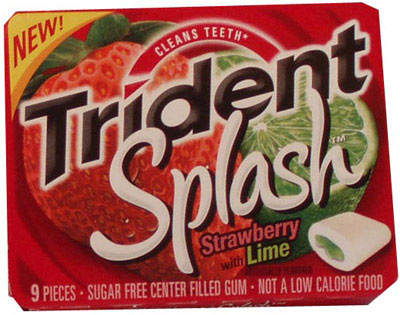 Cadbury Schweppes started the construction of a chewing gum factory in Poland in September 2006. It was completed in 2007 at an investment of about PLN528m ($162.4m).

Over 60% of the world market for chewing gum is shared between the US manufacturer Wrigleys (35%) and Cadbury Schweppes (26%). Cadbury is the top selling gum producer in 18 countries, including Canada, Brazil and Denmark.

Trident was rolled out in January 2007 and is currently manufactured in France. Trident is said to be the top teeth-whitening gum in the US and it recorded 20% worldwide growth in 2005. Cadbury estimated the global gum sector to be worth more than $19bn in 2006. The gum was launched in the UK as part of Cadbury Schweppes’ strategy to significantly grow its share of the world’s confectionery market.

The Skarbimierz facility is one of the most advanced chewing gum factories in the world. Production started in 2008. By then, the facility was fully equipped and ready to produce sugar-free chewing gums. However, the official opening of the factory was on 10 February 2009. Around 300 jobs were generated with the opening of the plant.

"The facility is one of the most advanced chewing gum factories in the world."

The construction work for the facility was managed by Bovis Lend Lease, a specialist in project and construction management. Preparing the grounds and tender procedures covered the first stages of the investment. Investment agreements were signed by the representatives of the Opolskie Voivodship self government, Skarbimierz Commune and Cadbury Schweppes.

The Commune was obliged to develop a track of investment land for the future factory and the Voivodship authorities promised to transfer PLN4.158m of direct financing for necessary works connected to the project over the next two years.

Cadbury Schweppes also purchased, for PLN13.9m ($4.3m) from Skarbimierz Commune, a 60ha plot of land. This was only the preliminary contract because the sides were waiting for the decision of Polish government concerning incorporation of these grounds into the Walbrzych Special Economic Zone.

Judith Pickering, director of the investment programme at Cadbury Schweppes, underlined that the choice of Skarbimierz as a location for the new plant was influenced by good road infrastructure around the investment land, the high qualifications of the labour force in Opolskie Voivodship, as well as the excellent support from the local authorities that the company received when showing interest in the region. The high level of unemployment in the Brzesko district was also important for the plant, since it meant a large choice of human resources potential for the factory.

Chewing gum comes in a variety of flavours and forms. The gum produced at the Skarbimierzfactory is rectangular dragée gum pellets (a pillow-shaped coated pellet packed in blister packs) and centre-filled gum (containing a liquid flavour centre). The brands that are produced at the plant include Trident, Stimorol and V6, Hollywood among others. All the products are distributed throughout Europe.

Chewing gum is a combination of a water-insoluble gum base, and a water-soluble phase of sweeteners, flavouring and food colouring. The gum base is melted at a temperature of about 115°C (240°F), until it has the viscosity of syrup. It is then filtered through a fine mesh screen, and refined further by centrifuging further filtration. Clear gum base in the molten form is then put into mixing vats. Other ingredients are added including powdered sugar, corn syrup and glucose (which serve as humectants coating the sugar particles and stabilising their suspension, keeping the gum flexible), various softeners, food colourings, flavourings and preservatives.

The homogenised mixture is then poured onto cooling belts and cooled with cold air. Extrusion, rolling and cutting, and other shaping operations are then carried out and the pieces are then put aside to set for up to two days. Coated chewing gums are then treated with undercoating for superior binding with the final layers and then immersed into a liquid sugar mixture. The pellets are cooled and may then then be coloured and coated with a suitable glazing agent, usually a carnuaba wax.