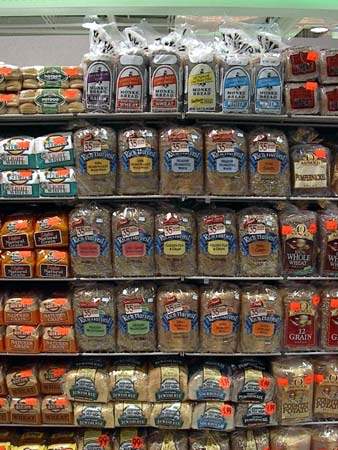 ButterKrust has solved its production capacity problems through a $16m investment in a plant expansion. 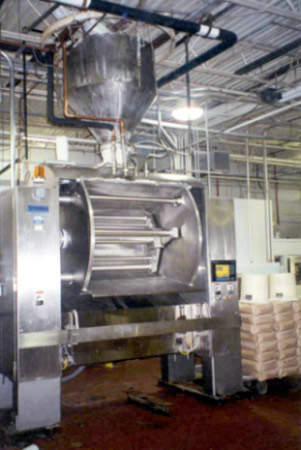 The dough is mixed in a Peerless mixer then pumped onto a conveyor that feeds the makeup line. 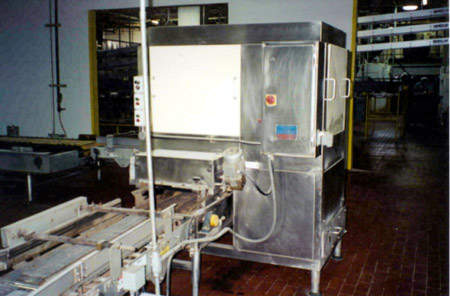 A pan cleaner from The Henry Group uses a dual brush system and a vacuum hood to clean the pans, which are then recycled. 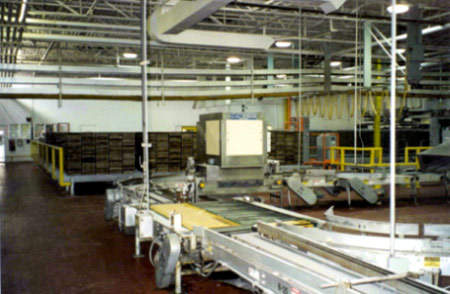 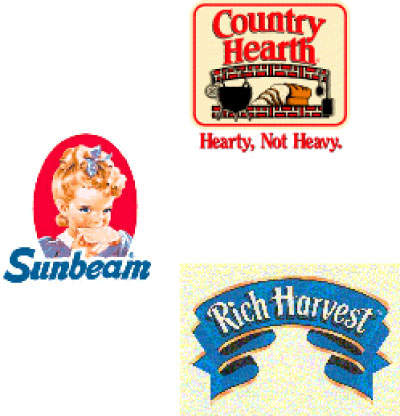 Some of the major brands of the ButterKrust Bakery.

The bakery extension as it was built in 2004; since the 2006 takeover more expansions have been planned.

The ButterKrust Bakery in Lakeland, Florida, opened a new bun and roll line in mid-2005. At the end of 2004 it was decided that the existing 1,000 cuts per minute bun and roll line was running at more than full capacity and hindering the company’s development and the production of new products, including baked-off dinner rolls with sesame seeds, low-carbohydrate buns and rolls, and sweet nine-grain steak rolls.

The company solved its production capacity problems by a $16m investment in a plant expansion. The expansion added 55,500ft² to the 200,000ft² existing facility, and now houses a bun and roll line (42,000ft²), a packaging room, storage space for packaging and ingredient supplies (10,000ft²), a use bin and sifter room and a four-bay shipping dock (3,500ft²)

To integrate the expansion with the existing facility ButterKrust used its employee parking lot to build on, so the first project in mid 2004 was to build a new 146-space parking lot on a 9.5-acre site purchased adjacent to the bakery. The expansion project was started in June 2004 and was scheduled for completion in mid 2005. There were some slight problems due to electrical system regulations, but the new line was commissioned on schedule and has been running a two-shift system ever since.

“In June 2008 Georgia-based Flowers Foods announced an agreement to acquire the ButterKrust Bakery.”

In June 2008 Georgia-based Flowers Foods announced an agreement to acquire the ButterKrust Bakery in Florida. The acquisition was completed in August 2008. ButterKrust brand name was retained along with the management of the company and the full product range along with the distribution system. More than 368 people are employed at the ButterKrust Florida facility.

The €72m takeover went through in April 2006. Upgrades and investments have been planned for two other plants in the ButterKrust family (the Sunbury and Northumberland facilities) but as for the Lakeland bakery there has been no additional news.

Register Construction & Engineering were contracted to build the facility working with a Lakeland architectural firm to design the building. The facility was designed with load-bearing columns in areas that did not interfere with the layout of the plant. This allowed the bakery lines to be designed and installed without the constraints of the building being a significant factor.

Baking Technology Systems were the project managers and supplied and installed much of the equipment including an oven, proof box and conveyors. Two 100,000lb silos from Shick USA were installed for the use of both the existing and new bun and roll lines. A Great Western Manufacturing sifter was also installed in the new use bin room, which serves both bun and roll lines. A Shick ingredient handling system delivers flour to the mixer for the new production line.

The cooling system produces cold water for the mixer and glycol for the cooling jacket. Glycol is cycled at two different temperatures 27°F and -4°F. The cooling system uses ammonia and is powered by three compressors, one for each temperature and one cycled in as a spare to prevent uneven wear on the other two. The glycol system is used for the mixer jacket and the chilled water is used to supply the brew system, which was adopted for the new line.

The existing bun and roll line at ButterKrust use a sponge and dough system in its operation. But the capacity of this was unable to handle both lines. Because of this the company decided to install a brew system on the new line to feed both bun and roll production lines.

The brew system has a nutrient tank, a blend tank and four brew tanks. The nutrient tank holds sufficient water, liquid sugar, yeast nutrient and salt to produce eight brews. The nutrient tank supplies the blend tank, which draws down additional flour, water and yeast according to the stored recipe. After blending for a specified time, the blend is transferred by pump into one of the four brew tanks. The control system of the brew tanks allow the operator to control the fermentation times and
temperatures prior to addition to the mix.

The brew system has a Programmable Logic Control (PLC) system that gives the brew operator complete control over the system operation and provides detailed information on the performance at any given time. The system also has a Clean-In-Place (CIP) system, which is programmed to clean each tank once a week and then neutralise the wastewater produced.

The dough is mixed in a Peerless mixer for about 20 minutes, which is the maximum mixing time allowed per batch. The dough is then ‘pumped’ onto a conveyor that feeds the makeup line.

The design of the new line has tried to eliminate as much piping as is possible because it could affect dough quality. The new line only has 5ft of piping, which is 66% less than the old bun and roll line.

These two companies were able to design and install a system that fed different pan sizes and styles to both the old and the new lines. The system has two pan stackers and two pan unstackers from Stewart Systems, and a pan handling system from Workhorse Automation. The system is designed to use ten sets of pans with 1,800 pans per set.

“The company solved its production capacity problems by a $16m investment in a plant expansion.”

After the dough is panned a flour reclamation system from WD Laramore Manufacturing removes excess flour from pans and products, and recycles it for use in the rounding unit and as dusting flour.

Baking Technology Systems provided the proofing system, which was designed for easy maintenance and cleaning. This system allows the products to proof for 60 minutes at 108°F at 85% humidity for optimum performance.

The baking is then carried out in an oven (supplied by Baking Technology Systems) that contains two offset oval tracks on top of each other with a 10ft radius. The larger radius should mean less maintenance for the oven’s chain and track.

After baking the products are depanned with a Capway depanner and cooled for 20 minutes on a ceiling-suspended cooling system. A pan cleaner from The Henry Group uses a dual brush system and a vacuum hood to clean the pans, which are then recycled.

Cooled buns and loaves are conveyed to one of the three packaging lines, which are equipped with UBE baggers and AMF tray loaders. The products are then passed to the shipping dock for dispatch.