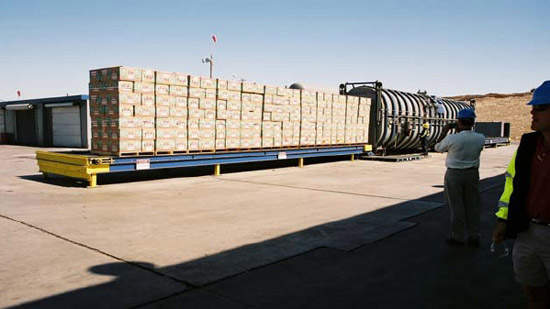 Vacuum cooling tunnel such as will be constructed at the new plant. 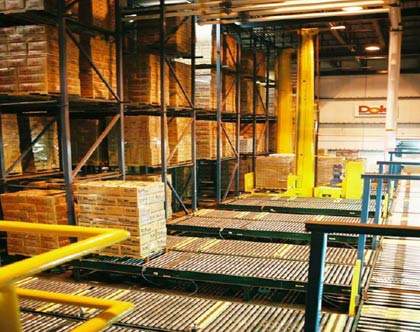 Refrigerated warehousing facility for shipping and storage of lettuce and bagged salad products. 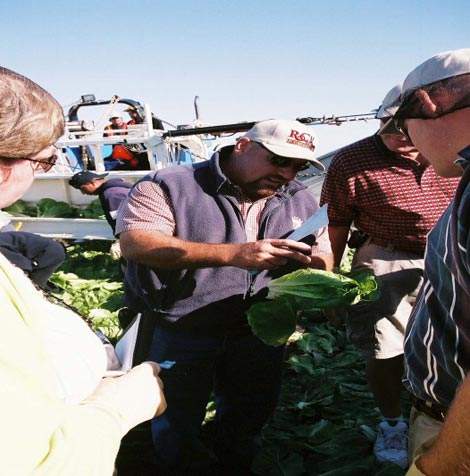 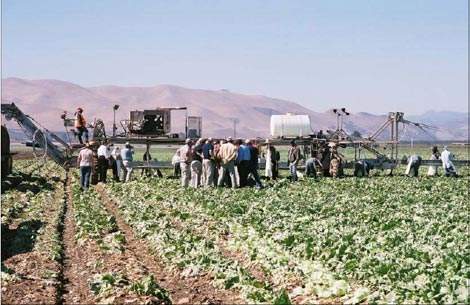 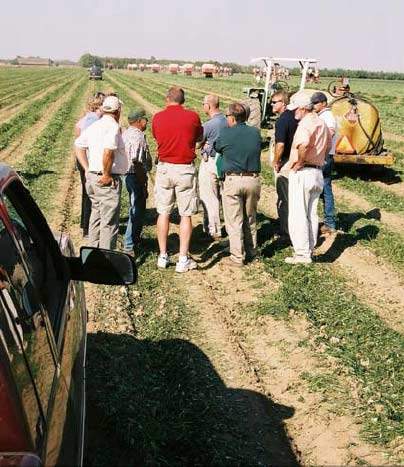 Lima bean field prior to harvest. 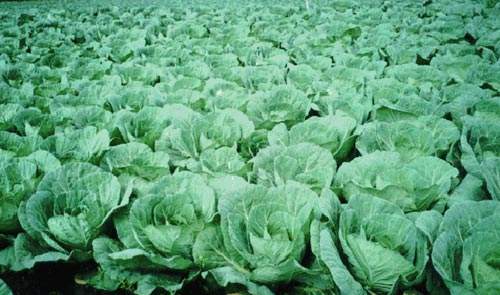 Cabbages ready for the harvest.

Bud Antle, a subsidiary of US vegetable processing giant Dole, started the construction of a vegetable processing facility on a green field site in Southridge Business Park, Bessemer City, Gaston County, North Carolina in 2005. The 293,039ft2 processing plant, which came on-line in January 2007, produces a range of bagged fresh salads and vegetables for supermarket sale.
In February 2008, the plant underwent renovation of 20,000ft2 to add production lines for leafy vegetables. The $11m project was completed by the Dennis Group.

The investment for the building and processing equipment was around $54m, but the company benefitted from a number of financial incentives provided by the state of North Carolina, as well as tax credits for bringing employment to a previously impoverished area, which had over 6% unemployment.

The project received over $500,000 from the ‘One North Carolina’ fund and also a further $6m in tax credits up to December 2007. This was all due to a General Assembly vote, which extended the William S Lee Act (this act guarantees company tax rebates for a set period of time providing certain criteria toward employment and training in the state were heeded) in 2007.

Other incentives included: $9.3m in state tax credits for job creation, worker training and new machinery; $8.6m in Gaston County property tax breaks and $2.65m of donated land; $750,000 in highway work for new truck access to the plant; and $500,000 in cash; all of which were granted upon Dole achieving a set of defined milestones.

The facility is expected to create 900 jobs by 2016. The new jobs will be mainly production jobs where workers will process fresh vegetables into bagged products for distribution in the southern and eastern US. These are the new distribution areas for Dole. Other supporters of the project included Bessemer City and the North Carolina Department of Commerce and Transportation.

Bud Antle and Dole have both indicated that North Carolina farmers will receive large contracts to supply some of the produce for the facility. Depending on how the supply market shapes up, North Carolina farmers could find themselves supplying not only the new facility but also existing facilities outside the state with the company’s top three requirements – iceberg lettuce, romaine lettuce and cabbage.

The producer farms the land and plants the crop, and then acts as the manager. Services such as chemical applications are contracted, and lettuce producers work with harvesting companies who bring equipment and labour to fields to harvest. Exactly when to harvest is determined by Dole field agriculturists, who track each field’s state of development, the supply needs at the plant and the availability of harvest equipment and personnel. One of the big advantages of North Carolina producers is the ready availability of irrigation water for the crop.

The vegetable processing plant was Dole’s first in the state of North Carolina. Dole believed that locating the facility in North Carolina will improve its supply logistics to certain areas of the market and also take advantage of the natural resources of North Carolina, including a good labour pool and a potentially excellent supply of fresh vegetables.

Dole markets lettuce in two different ways; either they are wrapped and boxed, or as the popular ready-to-eat bagged salads. Because of this, Dole managers have more flexibility in the market and in timing salad plant operations. In-field harvest operations are dependent on whether or not the lettuce will be sold boxed as a commodity or bagged as salad.

Every day Dole harvests more than 30 acres of lettuce, about 1,000 acres per week. During peak production, it turns out 720,000 bags (60,000 cases) per day of salad vegetables and also act as a trans-shipment point for other Dole products. Truck traffic is around 175 semis per day.

In the harvested field, heads must be properly de-cored by workers to prevent core browning, which severely shortens shelf life. Most outer leaves are removed and heads are sprayed with chlorinated water before moving into bulk bins on a flatbed. Dole has learned that handling in the field is absolutely critical to the quality of the finished bagged product.

Bud Antle employed the Austin Company to find the site and also to advise on incentive strategy. The facility was constructed and the overall construction and outfitting was managed by The Dennis Group of Springfield, Massachusetts, as general contractor. The Dennis Group also offered planning and design, architectural services, engineering and project management. Jezerinac Geers & Associates was the structural engineer.

Dennis has a long history with Dole, having worked on three other domestic projects and two in Scandinavia. The construction work was completed in the third quarter of 2006. The processing equipment delivery and installation were then undertaken and the plant was in full production following validation and testing in January 2007.

Lettuce preconditioned in the field arrives at the plant in bulk bins and are then rapidly vacuum-cooled. Cooling can take from 20 to 30 minutes, depending on the product. The target temperature going into the plant is 36ºF. From there they are trimmed, cut and washed twice more with 10ppm chlorine water and dried.

Specially designed machine baggers with scales then portion out and weigh each bag. Bags are date-stamped with a sell-by date for sale within a period of two weeks after bagging. Consumer and food service salad bags are packed in corrugated boxes, palletised and transported to a cooling and shipping facility within two hours of boxing. Throughout the process, each lot is traceable back to the field of origin.

A Quality Assurance (QA) team monitors the process throughout. Routinely, prior to vacuum cooling, the QA team inspects 50 heads of every load to check for defects. Throughout the process additional samples are taken to monitor critical control points in the manufacturing process. The plant runs two production shifts and a third shift is devoted to plant cleaning and sanitation.