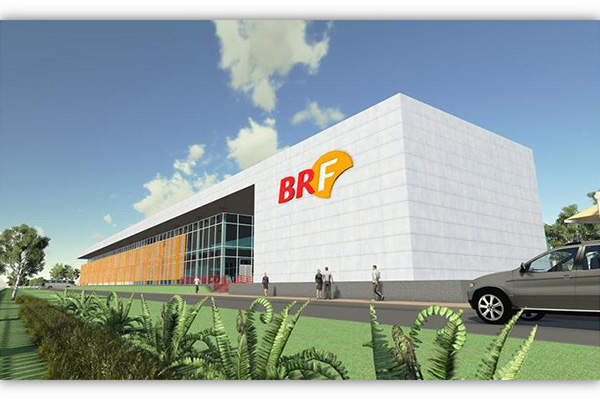 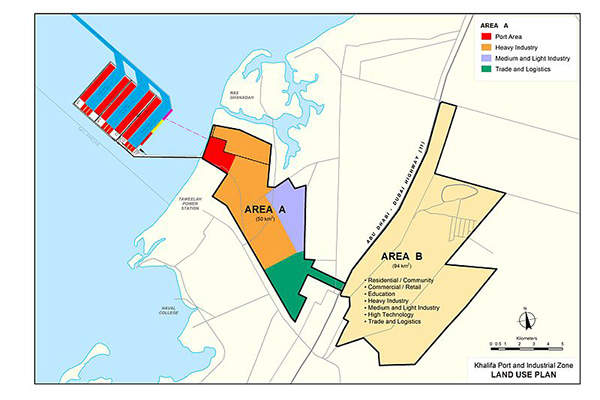 The facility is located in the Kizad industrial zone. Image: courtesy of Kizad. 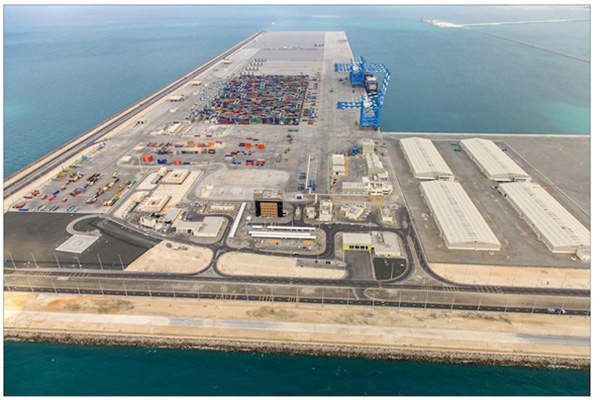 BRF was allotted 161,930 square metres of land in Kizad to build the facility. Image: courtesy of Abu Dhabi Ports Company.

Brasil Foods (BRF), a meat products exporter and dairy products processor based in São Paulo, announced the opening of its biggest food processing factory in the Middle East in November 2014. The new factory is located at the Khalifa Industrial Zone Abu Dhabi (Kizad) in the United Arab Emirates (UAE). It is spread across 161,930m² of land in the industrial estate in Taweelah.

The total cost incurred in the construction of the new factory was AED588m (approximately $160m).

The state-of-the-art facility will produce 70,000t a year of meat products and bread-based foods such as hamburgers, pizzas, frozen pies and marinated processed foods when fully operational. It started operating with 350 people, who will produce more than 30,000t of meat and bread-based products annually. The production is expected to double by 2017 when the facility is fully-functional with approximately 1,400 people.

BRF’s regional subsidiary, Federal Foods Company signed a long-term property right agreement with Kizad in September 2013 for the site of the new manufacturing facility in Kizad. Federal foods is involved in the distribution of a range of chilled, frozen and dry line foods of different brands and suppliers to retailers, wholesalers and food service agents in the UAE. BRF acquired 49% stake in Federal Foods for $37.1m in January 2013.

The new facility is the company’s first factory to be built outside South America and the first of its kind to be built in the industrial zone, Kizad. BRF is the first tenant of Kizad’s 3km-long cluster allotted for food manufacturing companies. The facility’s production lines will follow strict food safety standards and meet Halal production practices, which are a legal requirement in Islamic countries.

The 418km² Khalifa Industrial Zone Abu Dhabi (Kizad) is being developed between Abu Dhabi and Dubai. The strategic location of Kizad provides BRF with modern logistics advantages and smooth access to global markets through the deep-water Khalifa Port.

The plant will significantly contribute to the local food production output, reducing the region’s dependency on imports. It is also expected to help BRF to increase its foothold in North African and Syrian markets.

“The plant will significantly contribute to the local food production output, reducing the region’s dependency on imports.”

Amana Contracting and Steel Buildings was awarded the contract to build the food processing factory, in June 2012.

Brasil Foods was formed in 2009 as a result of the merger between Perdigão and Sadia. The company has its operations in food sectors such as meat segment including poultry, pork and beef, processed foods including milk, margarine, pasta, pizzas and frozen vegetable. It owns some reputed brands such as Sadia, Perdigão, Perdix, Batavo, Elegê and Qualy.

BRF operates 50 factories across Brazil with a strong distribution network comprising 33 distribution centres. It has 19 sales offices to serve more than 120 countries across five continents. BRF’s international operations include nine plants in Argentina and two in Europe (UK and the Netherlands) and the recently inaugurated plant in Abu Dhabi (Kizad).