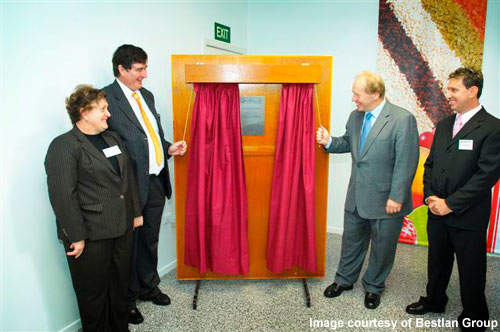 The plant was opened in 2007 as part of the family company Bestlan Group. 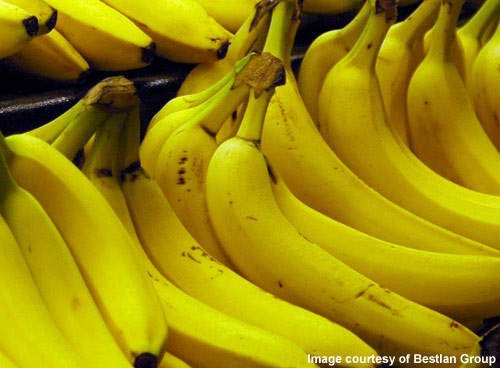 Bananas will form a large part of the dried fruit production at the new processing plant. 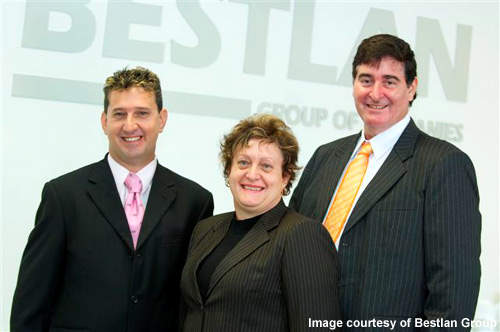 The three directors of the company(from left to right): Walter Rigoni, Nadia and Keith Moulds. 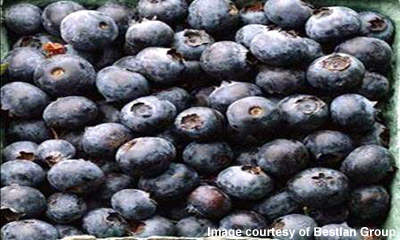 Blueberries are imported from Poland for drying to produce value-added products.

Bestlan is a privately-owned Australian-based family company, which is located in Townsville in the Far North of Queensland in Australia. The Bestlan Group was first established in 1986 as a fruit processor. During the 20-year life of the company they have increased the scope of the business to become one of the largest producers and suppliers of processed dried fruits, value-added fruit pulps, purees and pastes to the food industry.

These are aseptically packed in a choice of pack sizes, including 20kg boxes, 205l drums or 1,000kg bulk bins.

The company is also involved in the production of banana fibre, which is high in both soluble and insoluble fibre and could have a number of important applications in the food industry.

Bestlan is the largest tropical fruit processor in Northern Australia and is one of only four major companies producing dried fruit (cubed or sliced pieces).

The Bestlan Group employs 40 personnel and has a range of supply contracts across Europe, Israel, New Zealand and Malaysia. The suppliers list includes many well-known manufacturers such as Nestlé, Kelloggs, Sanitarium, Heinz, Cadbury, Danone and PepsiCo.

In August 2007 the Bestlan Group announced the opening of its new state-of-the-art food processing plant. The new plant was designed by Bestlan to produce a range of structured or processed dried fruits.

The range of fruits includes a range of tropical fruits such as banana, mango and papaya and also berries such as strawberry, blueberry and raspberry. The range also includes dried citrus (orange, lime, lemon and pink grapefruit) and orchard fruits such as apple, cherry, pear, apricot, nectarine and peach.

The new facility required an investment of A$5m and was designed with the capacity to process over 80t of dried fruit per week in the height of the season. The company has diversified since the setbacks of 2006 when the cyclone destroyed fruit crops in Australia, including bananas and citrus.

The company now imports fruit to process (such as cranberries from the US, blueberries from Poland and raspberries from Chile) to dry them and export them as value-added products.

The new Bestlan Townsville facility has a purpose-built production line in combination with a sophisticated optical sorter, which removes the pieces that do not have a uniform colour. The facility also has a large spiral-drying system (built at Wollongong in New South Wales), including over 900m of vertical conveyer belt.

“Bestlan is to develop a new soluble and insoluble banana fibre product for the food market.”

The facility was designed in house and much of the equipment was fabricated and installed by trusted local contractors. The Townsville plant also needed a packing and shipping facility to ensure efficient stock control and quality assurance.

The pallet handling systems were provided by Maxstor Pty Ltd. Maxstor supplied and installed 440 selective pallet locations and a further 80 drive in rack pallet positions for the new plant.

The racking was installed within a tight deadline which allowed a changeover from the existing Tully facility to the new facility; stock had to be relocated and new products stored ready for shipping.

Bestlan, as its subsidiary Bestlan Bananas Pty Ltd, is to develop a new soluble and insoluble banana fibre product for the food market. The company has received a $200,000 Food Processing in Regional Australia Programme (FPRAP) grant to set up a dietary fibre extraction plant on the site of its existing fruit processing plant in Tully, Queensland.

It is anticipated that the fibre product will be manufactured from second-grade bananas obtained from the local growers. This will give more revenue for the growers and reduce waste, as well as producing a potentially valuable food additive, edible banana fibre.